When Is Enough, Enough?

Yet another heinous case in the Catholic Church Sex Scandal. 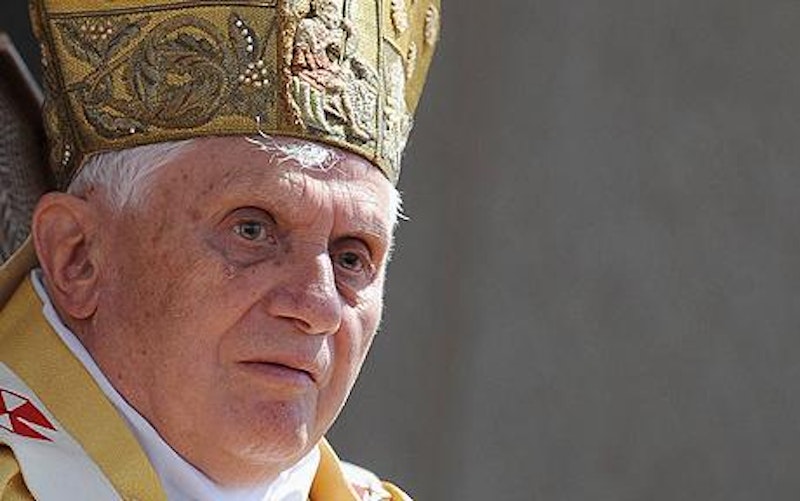 The Vatican just can’t help getting caught with its pants down. Yet another priest with his hands on a child. If it isn’t a priest doing someone, it’s the Pope saying something so unjustifiably stupid the rest of the world facepalms. And recently, the priest in question was not merely knee deep in little boys, but trading kids for coke. This series of atrocities isn’t going away, partly because Joseph Ratzinger is indifferent, and also because there are still a few nations, such as the United States, that are spineless when it comes to religions with a history of wrongdoing. And considering the Archdiocese this priest belongs to, it seems like the club just gets worse.

The Good News is that the guilty priest is behind bars and awaiting trial. Also, Father Riccardo Seppia (the priest in question) might have AIDS/HIV, which would make things worse for this latest wave of sexual abuse at the hands of priests. For those who still think this man is innocent read the following text the police obtained via cell taping:

“I do not want 16-year-old boys but younger. Fourteen-year-olds are O.K. Look for needy boys who have family issues.”
According to his defense the priest was only playing word games with a friend, the excitement coming from bragging, nothing really happened, it was all empty words. Considering that there are altar boys speaking with authorities it’s hard to say the talk was just words. Excuses aside, this priest belongs to the Archdiocese advising the Pope on curtailing sexual misconduct by Ratzinger’s clerics.

Ratzinger wrote a letter to bishops instructing them to keep allegations of sexual abuse secret under threat of excommunication. Supposedly Ratzinger had not meant, in his letter, that the police were to be excluded from reporting, but if that were true wouldn’t the Pope have taken to his pen after seeing nothing change in that department in 10 and 20? So much for the religion of “reason.” And to top it off Ratzinger has tried to push the blame on the abuse scandals and their cover-ups (some dating back to the 1930s and before) on the sexual revolution of the 1960s. Of course, the Vatican links to a study it partially funded, but don’t let that take away from the validity of the claim. Not like there is any, because why would a sexual revolution have anything to do with a bunch of people who took a vow of chastity?

About that vow of chastity, let’s not forget the Vatican’s admission of priests in more than 23 nations involved in abusing (read: raping) nuns to prevent themselves from getting aids from prostitutes. Quite a few nuns were impregnated, and it seems the Catholic Church was obliged to whip out the rusty hanger for the Catholic Medical Staff to perform abortions. But it gets more sordid. Aside from practically extorting sex out of women from third world nations, alleged incidents of rape have occurred inside Vatican walls, perhaps even during the previous Pope’s era. I smell a legacy.

We shouldn’t forget what typically happens in Mass after news of scandals in the church comes out. The priests in their pulpit start preaching from an impromptu script of talking points, blaming parishioners if they even have doubts about their spiritual guides. Let’s not forget that priests will also say things along the lines of “all lawsuits are frivolous.” I know: I’ve sat and listened to this garbage. I’ve also heard them telling their flock that they must give until it hurts or they won’t get into heaven So much for the vow of poverty. But then again, micro nations aren’t cheap, are they?

Frankly, my eyes start rolling every time the Vatican is in the news. Not because I’m thinking, “Here we go again” but rather “How many more times is this going to happen before the flock stops flocking?”