What a Joke: Matt Yglesias Wants to Impeach Trump 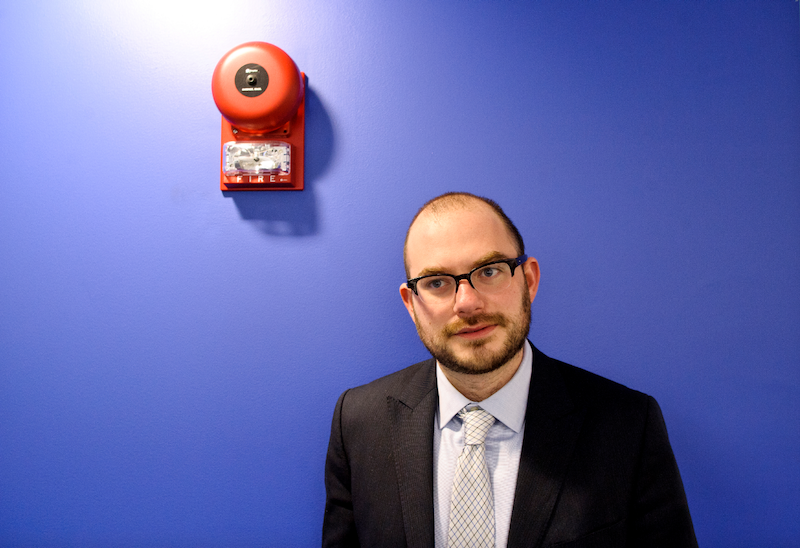 Where does Matthew Yglesias get the balls to call for the impeachment Donald Trump?

Yglesias is an incompetent journalist for Vox. In a new piece he calls for the “fast” impeachment of President Trump. “In Trump’s case,” he writes, “there’s no need for extensive litigation over a secret tape because the smoking gun already aired in the form of an interview with NBC News’s Lester Holt, where Trump explained his reasons for firing Comey.” Trump told Holt that when he decided to can Comey, “I said to myself, ‘You know, this Russia thing with Trump and Russia is a made-up story, it’s an excuse by the Democrats for having lost an election that they should have won.’” Yglesias: “A contemporaneous memo from Comey further confirms that Trump specifically asked him to stop investigating former National Security Adviser Michael Flynn.”

Yglesias never comes close to asking the question Alan Dershowitz has brought up: Where is Trump’s crime? “I just don’t see a crime here,” Dershowitz told Tucker Carlson recently. Dershowitz argued that even if Democratic theories are true, that Trump’s presidential campaign colluded with Russia last year to undermine Hillary Clinton’s campaign and bolster Trump’s chances at winning the White House, it amounts only to “political wrongdoing.”

“Nobody can point me to a statute that would be violated [by the Trump-Russia collusion],” Dershowitz said. “And a prosecutor is only allowed to look for evidence of a federal crime.”

But that’s not even the most pressing issue. Yglesias has a list of errors, oversights, and general fuck-ups that, in any other profession, would make a person hide their head or learn another trade. Yet for some reason, journalism is different. The liberals in the fourth estate do nothing but fail upward, and this reinforces their chutzpah to judge others.

Yglesias has messed up the basic geography of Florida, claimed the Veterans Administrations a model of efficiency despite overwhelming evidence to the contrary, misunderstood why each state has two senators, and claimed there are too many banks while writing incorrectly that no new banks have been opened in recent years. He once wrote, "It's only extremely recently that the idea of an African-American aligning himself, à la Clarence Thomas, with the mainstream conservative movement in America could be remotely possible. But even so, that didn’t mean there was no ideological conflict in black politics or that general rightist sentiments somehow didn’t exist.” A quick Google search would’ve come up with some pertinent history or this. Yglesias got basic facts wrong about Internet service in Washington, D.C.

This tool wants to impeach Donald Trump? He shouldn’t have a job writing for Highlights.

Everybody messes up. But most people have the integrity to be ashamed of their mistakes. A couple of years ago I was working for a D.C. news organization when I came across a story by a woman who’d been raped yet kept her child. I wrote a blogpost about it, including a headline about this “pro-life” lady keeping her baby, and posted it on a Friday.

On Sunday night I got an email from my editor. The woman I’d written about was not, in fact, pro-life. Keeping her baby did not make her so. Furthermore, she was a lawyer and had contacted the office about possible litigation. The story was immediately removed.

It was a long Monday, not only due to the anger of my boss, but because of the lecture I was giving myself. I simply had to make one easy phone call to the woman to check my facts. Just one call. I hadn’t made that call. I’d been fast, reckless, arrogant.

I also realized that one or two more of those boners and I might find myself on the street. The place I worked for is a conservative organization, and they don’t believe in the welfare of keeping a journalist employed when he’s made ridiculous and repeated errors. It would’ve been just like other jobs I’ve had over the course of my life. It’s very simple: you screw up, you hit the bricks, pal.

Brian Williams, a man who made stuff up for years, is now back from his “suspension” by NBC News. If he were a plumber and had blown the pipes of a dozen houses he’d be on the dole.

This silly propagandist and half-witted monkey shouldn’t be let anywhere near a keyboard. He should be doing penance somewhere—ashamed, dishonored, and humiliated, quietly licking his balls in a hideout with Stephen Glass.