Gender and the Manchester Bombing 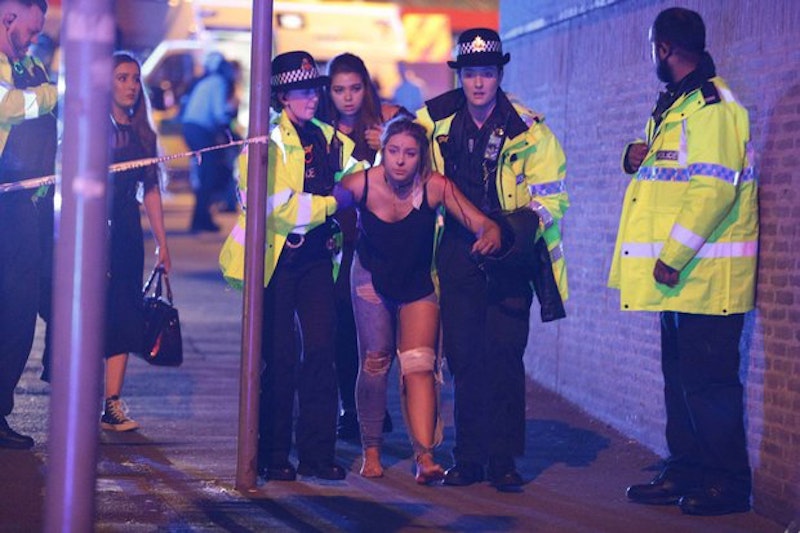 One of the most dreadful things that happens after a terror attack is people twisting the facts of the event to suit their socio-political narrative. Barely 24 hours after of the bombing outside an Ariana Grande concert in Manchester, it began, and was applied to the gender wars.

One of the first commentaries came from Slate’s Christina Cauterucci, calling the attack “an attack on girls and women.” In the most literal sense, it’s true. The 23-year-old Grande’s audience is largely made up of young women and girls. What’s difficult about Cauterucci’s assertion is that so little was known at the time of her writing, so her early speculation seemed irresponsible. While Slate isn’t alone in this early judgment call, the fact is, there’s no concrete evidence to back it up. When Elliot Rodger went on a 2014 killing spree in California, there were numerous videos of him voicing contempt for women. At this point, the investigation has not produced similar evidence, and very well might not. The “soft target” attacks in Europe, at airports, cafes, and stadiums, etc., indicate an attempt to harm as many people as possible, regardless of gender. Some have interpreted those soft target assaults as attacks on what is perceived by Islamists to be Western decadence. So before we get into the issue of gender, the bombing in Manchester fits that pattern.

However, as ISIS claimed responsibility for the Manchester bombing, the gender component was made relevant. As the Women’s Media Center’s Lauren Wolfe reminds us, “In a pamphlet known as the ‘Bill of the City’ ISIS distributed in Iraq in 2013 it says: ‘To the virtuous women… stay in your homes and do not leave them only in cases of necessity.’ Then there has been the buying and selling of women in slave markets. Women and girls are passed around, to be raped by whichever man owns her.” From this perspective, Grande’s concert was the worst sort of Western decadence: women and girls expressing themselves openly and freely.

I’ve found some of the social media response to Slate’s piece, in addition to the others, rather surprising. The objection has little to do with the problem I raised—making an argument without evidence. The complaint I’m seeing is the perception that Western feminists are trying to inject their philosophy where it doesn’t belong. Frankly, this is exactly where feminism belongs. The point of feminism is to protect the rights of women, and if there’s a possibility that women and girls are being targeted for assault and murder, then it applies. I don’t deny that Western feminists have been inconsistent in our response to the oppression of women in Muslim-majority countries. I do find it strange that Western feminists are so often criticized for focusing on mundane, perhaps frivolous, issues in regard to our own rights when the oppression of women in the Middle East is so much more severe, and yet, when we stand against that oppression, we’re criticized as running a fool’s errand.

Egyptian-born writer Mona Eltahawy has said, “Misogyny has not been completely wiped out anywhere. Rather, it resides on a spectrum, and our best hope for eradicating it globally is for each of us to expose and to fight against local versions of it, in the understanding that by doing so we advance the global struggle.” What I find so disconcerting about most discussions around feminism and Islam is that they usually end up pitting Western women and Muslim women against each other. Even within feminism, this can happen. Intersectionality was supposed to build understanding among women across the barriers that separate us—race, class, religion, and so forth. Unfortunately, the concept of privilege has turned into a spiral of grievance and resentment.

If we’re going to defeat terror and protect the rights of women, we have to take off ideological blinders. The density of the challenges that lie ahead can’t be underestimated. This means considering that the terror networks that delight in treating women like garbage may try to take that behavior as far as they possibly can. It also means acknowledging that the recipients of prejudice are capable of inflicting their own kind of damage. In my review of the documentary Hypernormalisation, a quote from former Secretary of State George P. Shultz, regarding suicide bombers and Middle East diplomacy during the Reagan administration, has stayed with me: “We were paralyzed by the complexity we faced.” I believe we still are.