Land of Lincoln, Not Lincoln Steffens

Americans risk acquiescence to material progress without the spiritual light of the world. 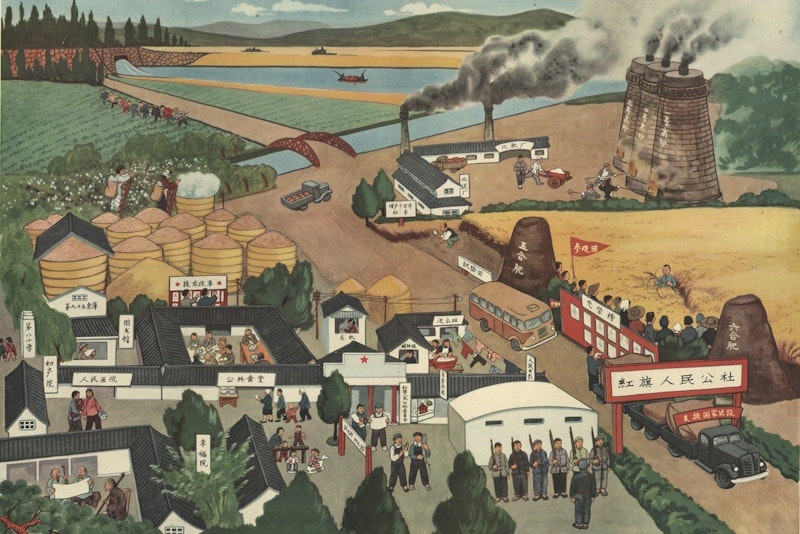 The truth about America endures in a warning about a possible future for America. The warning’s a reminder of what neither the forces of Communist China nor all the forces of America’s enemies combined can do to us. The warning’s a reminder of what we alone have the power to do, which is humiliate or defeat the United States. If we ignore this warning, if we look to those countries that build futuristic cities on the oldest and worst systems of the past, freedom has no future.

If we blind ourselves to the obvious, that perception is not proof of reality, that the most popular points of arrival are the least accurate portraits of a society, that the airport in Beijing—an orange starfish on a seabed of rubber and asphalt—may be habitable on the inside but inhospitable to life, liberty, and the pursuit of happiness on the outside; that Dubai may have the world’s tallest skyline, including a tower that spirals from the sand to the sky, that the city may overlook the Earth-shaped islands of The World without representing the outlook of freedom-loving peoples throughout the world; if we blind ourselves to repression in Asia or the Middle East, we risk believing America has no future.

The risk is acquiescence to the lights of material progress without the spiritual light of the world.

The risk is a shower of sparks without a sprinkling of purifying water, creating a world of newness—the world of now—without faith in the world to come.

The world of now is urgent but unimportant, which is why there’s a comment for every post, a controversy about every commenter, and an online war of all against all. Lost in the light is lightness itself, because the light is without love or meaning.

Without these connections, we have a network of nothingness. Nothing exists beyond or below images of this network, regardless of how many lines overlap in some 3D illustration of the globe. The lines connect to points, not people, because no model can graph the rallying point of “Duty, Honor, Country.”

In the end, lines of code don’t translate into a code of conduct. The lines that govern our online selves, the lines in a contract that require us to trade our privacy for the privilege of speech, to speak without exercising our “privilege,” are a perversion of the lines that stretch from the battlefield to the ballot box; a betrayal, too, of the people—the descendants of slaves and suffragists—who stand in line to vote.

The lines that threaten our rights are tantamount to a digital poll tax. We pay the tax with data, allowing billionaires to veto the rights of billions. We pay the tax with our birthright, sacrificing our natural rights in a burnt offering to the false gods of artificial light.