A Compromise On Minimum Wage

Do it by state. You could put a minimum wage increase on the ballot in any state in this country and it would pass. 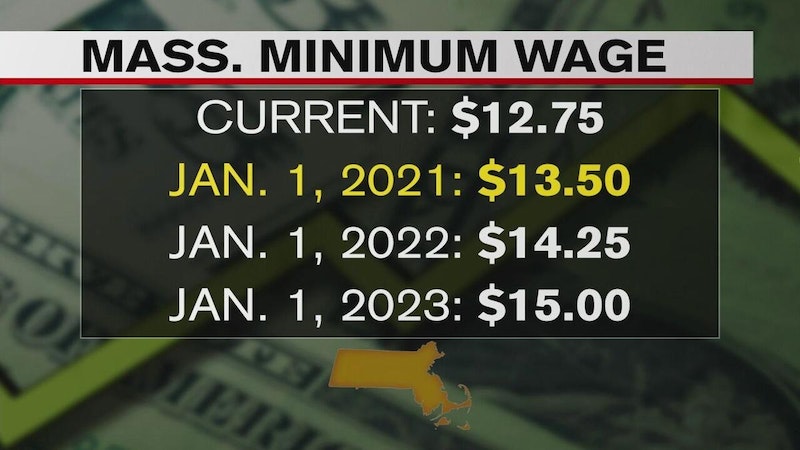 A lot changed between 2009 and 2021, but the federal minimum wage was not one of them. At $7.25 an hour, the minimum wage is far from what Joe Biden wants, as well as many Democratic members of Congress. Biden supports a $15/hour minimum wage. It’s a debate that sparks critiques on both the left and the right.

On one side, people claim that the real minimum wage is zero dollars an hour because having a job isn’t a guarantee. Others say the government has no right to tell you how much money you can sell your labor for. Many right-wingers worry about job loss and the damage to small businesses, especially in areas with a lower cost of living and a higher poverty rate. Higher wages also make them worry about the cost of consumer goods as many lower-wage jobs are in retail and farming, among other places.

Meanwhile, on the left, some want to more than double the minimum wage in a short time window. They argue that it’s an effective way to lift people out of poverty and give millions of workers a pay boost. However, others think $15 an hour isn’t high enough. Ilhan Omar and Tom Steyer fit that description, supporting a minimum wage of $20 an hour or higher. And other lefties argue that if the minimum wage kept up with production, it would be over $30 an hour and therefore needs to be substantially higher than $15.

Ideally, the compromise would be a modest increase, but not the $15 an hour by 2025 that many Democratic politicians and RINO Jeff Van Drew support. We can’t discount that job loss is a serious problem if the minimum wage goes up. The Congressional Budget Office projects that the $15 an hour proposal likely kills 1.3 million jobs while raising wages for about 17 million people. The high-end estimate of jobs destroyed by the policy is 3.7 million. However, those job losses aren’t evenly distributed. There are poor parts of the country with a lower cost of living where more than doubling the cost to hire a worker in a short span will lead to a disproportionate job loss and fewer opportunities. A $15 an hour minimum wage in Beverly Hills has a different impact than it does in pockets of Appalachia where the labor force participation rate is barely about 50 percent (like West Virginia). However, there are reasons why we ought to push up the wage now and then, if not outright index it to inflation.

Due to inflation, the minimum wage loses value over time. It sounds obvious to think that $10 in 1950 is not the same as $10 today, but even $7.25 in 2009 is not the same as $7.25 today. Rather, that number is closer to $9 an hour. And while Ron Paul opposes minimum wage as a concept, he often called inflation, “the cruelest tax of all” because it results in money that we’ve already earned becoming less valuable.

It’s possible to account for that at the federal level without eliminating as many jobs. For example, the aforementioned CBO report says that if the country raised the federal minimum wage to $10 an hour by 2025, at most this would kill 100,000 jobs. That’s the high end. The low end of the spectrum is zero, but the median projection is a negligible amount. Compare that to the 3.5 million people who receive a pay raise thanks to the policy.

One benefit that a higher minimum wage may present is less money spent on welfare services. We already see big businesses like McDonald’s encouraging their employees to use welfare services like food stamps, passing on the cost of living of their workers to us. For example, the left-leaning Economic Policy Institute calculated in 2016 that if the country raised its minimum wage to $12 an hour by 2020, the result would be $17 billion less in welfare spending each year.

There are other ways to boost wages for lower-wage workers, whether it’s replacing the payroll tax with a VAT, making the trades more accessible by fixing bad licensing laws, tightening the labor market with cuts to visa programs, and so on. But we do need minimum wage laws because employers will pay people less money when possible. We see illegal immigrants work under the table for below minimum wage already, and the same goes for some younger Americans. Why wouldn’t the same people who do that pay you less money if they could? If states want to go higher than the federal minimum wage, that’s fine.