War Is a Bad Idea

It's funny until someone loses an ICBM exchange. 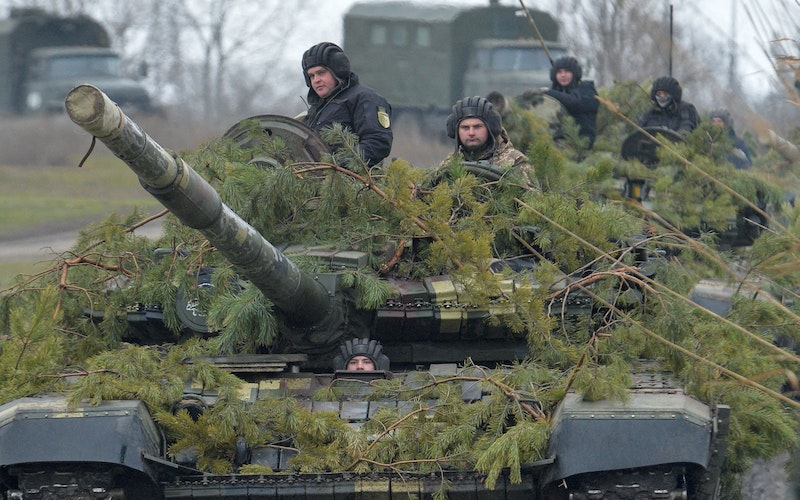 Urging people to “remember history” before getting involved in another war is probably futile. It was only seven months ago that the U.S. withdrew from Afghanistan after 20 years of pointless slaughter, and no one seems to remember that anymore.

China may remember that conflict more vividly, having hosted a gathering of Taliban leaders after the U.S. exited. Perhaps it has made the Chinese take the U.S. military commitment to Taiwan just a bit less seriously, but we’ll see. No time to think about that now!

Neoconservative William Kristol and antiwar activist libertarian Scott Horton recently debated at the Soho Forum in New York over America’s history of military intervention, and they proved in part that whether you think things have gone well in that department depends on which parts of history you remember most vividly. Horton remembers horrible U.S. mistakes in conflicts many Americans probably never heard about, while Kristol remembers both our broad-strokes triumphs in big conflicts like World War II and our avoidance of all the disasters that could’ve happened but didn’t, such as global nuclear annihilation (so far). It’s all tough to quantify, especially the counterfactuals.

Basically, though, war is usually fought in a forgetful fashion. No one who truly knows and remembers its horrors is likely to think it’s a plausible option if there’s any way at all to avoid it.

Could we have avoided the current clash between Ukraine and Russia, and should we be trying harder to avoid the incipient direct clash between the U.S. and Russia, which could destroy the world? We had warnings it could end up this way. In the 20th century, some even envisioned a possible future in which a nationalist and religious Russia fought a post-Christian, social-democratic U.S., but it seemed like bad sci-fi at the time—a glimpse of a Bizarro World or Star Trek’s Mirror Universe.

Speaking of Star Trek, I notice some on Twitter and in the press, amidst the sudden rush of renewed anti-Russia sentiment, mocked actress Kirstie Alley for saying she wouldn’t comment on the Ukraine situation because she’s not confident she knows what’s real and what’s not amidst the information coming out of that region. Good for her! Given numerous debunked claims such as that heroic Ukrainian jet pilot who turned out to be footage from an old videogame, some skepticism is in order. What a mature and cautious attitude Alley shows. But our era no longer applauds caution.

In the real, non-mirror world, there were people warning as early as the 1990s (including me, technically, not that anyone noticed) that expanding NATO eastward toward Russia despite having promised not to might come back to haunt us. The West’s argument was basically that it wasn’t bound by a promise it had made to the USSR, though it was a promise meant precisely to describe what would happen after the USSR broke up. It’s a little like promising not to arrest someone if he agrees to dissolve his company, then arresting him anyway after he does so, on the grounds that contracts made with that company are no longer valid.

Thinking of Putin as more than a little like that pissed-off and betrayed businessman isn’t a bad way of modeling the incentives at work in Ukraine. I suspect Putin is also very like an opportunistic, corrupt businessman—or oligarch, if you prefer—and that his professions of concern for Russian nationalism, historical grievances against NATO (however understandable), or the recent sundering of the Russian Orthodox Church into a Ukrainian and a Russian portion are at least partly for show. Mainly, he sees chances to retake certain specific bits of once-Soviet territory on the cheap and gain much-needed resources in the process.

If he wants to rally Russians to his cause, it’s best not to put it in those grubby terms. Best not to tell the public you just want that valuable part of Ossetia if retaking all of Georgia is considered a more exalted cause, to take another conflict the U.S. has probably forgotten about (that was over a decade ago now, after all) but which may be the best analogue of the current situation. Best not to talk solely about Crimean ports and the like if you can make Ukraine’s dalliance with NATO sound like an offensive existential threat.

But in the end, like Saddam probably having only wanted those oil wells in Kuwait and not a region-wide war for the fate of Islam, if you’re Putin, you probably take what you can get at small cost. Unlike a demon or a madman, Putin probably still weighs costs and benefits. And the U.S. might consider being similarly pragmatic. Grandiose historical rationales aside, this fight isn’t worth nuclear holocaust. The question, then, is how to end the fighting with the least reason for renewed conflict, now or in the foreseeable future. Putin wants a lot. The West wants an intact Ukraine. What about just making formal the already informally existent division of Ukraine at the river in the middle, the West-leaning western Ukrainians and the Russia-leaning eastern Ukrainians thereafter separate countries?

I’d love a world without any borders at all, but in the meantime, I recognize that ambiguity often yields conflict—whether in Kashmir or the hodgepodge of land-bits constituting the Palestinian territories. A clear natural boundary like a river can work wonders. Maybe it will in this case, after a lot of fighting and loud, proud pretense to the contrary.

It’s not ideal, but it’s not a planet reduced to a cinder either.