The Bright Side of the Ukrainian War

Where’s the fun in killing someone you can’t have a beer with? 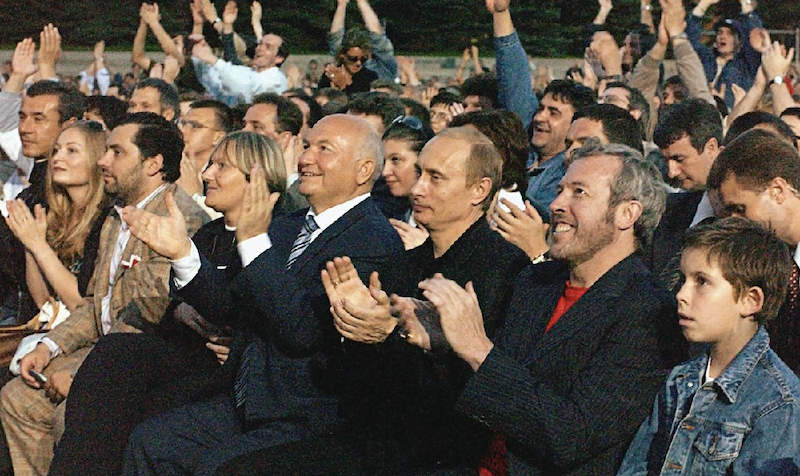 We owe a debt of gratitude to all parties involved for the Ukrainian War. It’s been a while since we’ve seen white people really going at it tooth and nail, and I was getting concerned. It brings back some nice memories, of bombed-out European towns, large crowds of peasant-type people fleeing with sacks, tanks rolling around city streets, the good old days. There are even some Nazis involved, though it’s better not to think about them too much. It’s too bad it’s all in color, black and white would be a lot nicer. But then again in black and white you wouldn’t see the blood as vividly. Maybe we should send them records of the Andrew Sisters singing “The Boogie Woogie Bugle Boy” and some pictures of Betty Grable, and maybe air-drop Hershey Bars for the kids.

Since the end of WWII there hasn’t been anything to get worked up about. The Korean Conflict? What was that even about? And of course no one wanted to fight in Vietnam. The Viet Cong didn’t care about The Beverly Hillbillies, Herman’s Hermits and Evel Knievel, they’re all really short and a lot of them never even heard of the Bible. What fun is there in killing them? Or all those Nicaraguans and Salvadorans, why even bother? Face it, war isn’t just about killing, horror and atrocity. You get that at the movies, you can go on YouTube and watch car accidents, not to mention beheadings and firing squads. That stuff isn’t good enough. There’s got to be the personal element. There was a lot of first-class killing in Iraq and Afghanistan, it just wasn’t very satisfying. Conservative estimates show that at least a million civilians were killed in Iraq, Syria, Afghanistan, Yemen and Pakistan but who’s counting? Besides they were as bad as the Viet Cong! Don’t even try to ask one of them who Van Halen was. Besides they don’t drink! Where’s the fun in killing someone you can’t have a beer with? It makes you wonder, do people like that even feel pain?

There were a few good moments. There was Kosovo and Ex-Yugoslavia, there was some pretty good white-on-white savagery there. But those were just police actions and didn’t get particularly good press coverage. All you got were a few images of guys in suits lying dead in pools of blood, some women screaming in the streets. The really cool thing was that it all seemed familiar, it could’ve been New Jersey except the surrounding buildings, or what was left of them, were much nicer, they had that European touch. But the timing wasn’t right. Maybe it took two years of Covid, with masks and the lockdowns, with the screaming and yelling about the non-vaccinated being mass murderers and the looming Spector of World Economic Forum-style-fascism taking over the world to get everyone in the right panic-stricken mood. And the threat of total annihilation is really perking things up. Makes it kind of personal.

Russians and Ukrainians drink like fish, they’re normal, so it’s nice to see them at each other’s throats. They like pop music, McDonald’s, Nike, sports cars, Hollywood movies, all the stuff that really means something. They’re people we can relate to. Remember when Paul McCartney sang “Back in the USSR” in Moscow? Half a million people sang along in English. Putin was in the front row. Some of the singing crowd must’ve been Ukrainian. And now they’re killing each other—with a little help from their friends. And don’t forget, Russian and Ukrainian ladies are super-hot.

The Ukraine War is the real ticket. And the best thing is that it’s completely okay to let the hate flow. It got awfully boring killing all those Arabs while always having to say how much we respected their religion. It was exhausting. Can you imagine what a drag it would be to fight Africans? You’d practically have to apologize to them and assure yourself you’re not a racist each time you killed one of them or bombed a village.

It’s only fun to kill people like yourself, that way you can say “It could’ve been me” and really mean it. When you see someone like yourself get shot, you know that he feels it the same way you would. That’s why we called WWI and WWII World Wars, because they were about killing real people, not a bunch of extras; like those Indians that fall off horses in old cowboy films.