I was in cyberspace during Charlottesville. 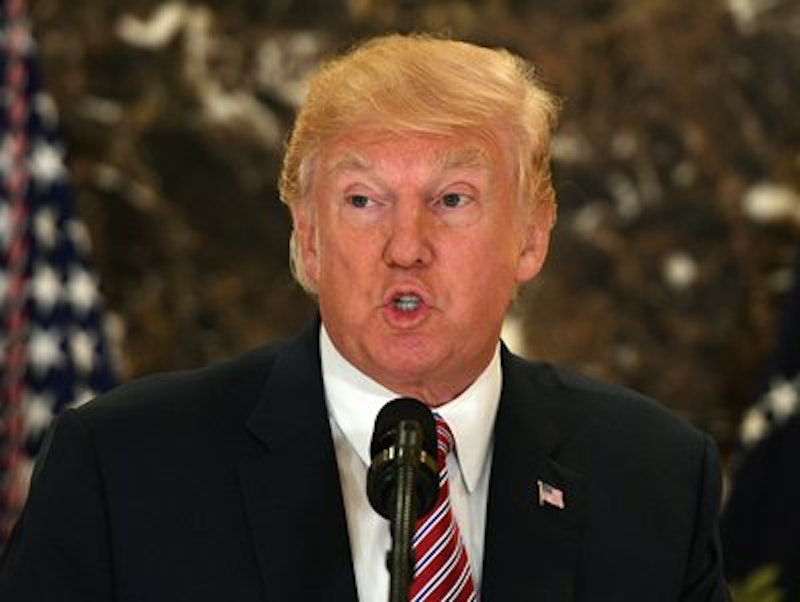 While an encounter between the alt-right, leftists, and cops was leaving three dead in Charlottesville, Virginia this past Saturday, I was spending most of the day in a virtual-reality fun-plex in midtown Manhattan. You can fight digital ogres there using archery skills. I think things got less realistic when I exited the fun-plex and returned to the outside world, though.

One leftist protestor murdered by a right-wing driver in Virginia is bad enough, but for me it was the crash of the observing police helicopter, killing two, that added the extra cinematic touch rendering the whole thing as horrifying and implausible as Grand Theft Auto.

But then, the whole clash seems artificial, gratuitous. Start with some Southerners’ strong attachment to those Confederate monuments that were being defended by some of the right-wing protestors. I know I live in the Northeast and all, but the whole freaking Confederacy lasted only four years, so don’t tell me it warrants too many monuments. It was a brief, failed insurgency with an evil mission. As some on the left have observed, most of the alt-right seem as if they’ve just moved from online trolling to real-world LARPing, as if the archery continued outside the VR center.

That doesn’t bring the dead back to life but does leave a calm observer still feeling vaguely as if taking all this too seriously will have the tragic side effect of exacerbating the problem.

Everyone seems to respond in the worst way possible lately. The press completely omitting Antifa’s assaults on the right-wing protestors from initial reports doesn’t help things, for instance. Trump’s balanced yet much-derided press conference remarks Tuesday about Charlottesville got that much right. A right-winger’s car drew blood this time, but next time it could easily be a rock thrown by Antifa (or the knives they apparently used to stab a Vermont man recently). The loud cries of “Whose side are you on?” are the last thing we need to bring about more peaceful resolutions.

I happen to be against racism and government (including socialism), and if that’s hard to process or sounds contradictory, something’s gone seriously wrong with our society’s limited mental faculties. Just as a thought experiment, then, without dismissing the right/left arguments of the moment, it’s worth asking how we’d look back on this period if we’re being played by people who just enjoy the conflict.

I don’t just mean the physical combatants who view confrontation at protests as a sort of hobby, but the press that feigns horror while enjoying having blood and fire to point their cameras at instead of abstract arguments to explain. I also mean odd characters like the man who shot the most-viewed footage of the car assault, who was interviewed by multiple networks as though he were just an appalled pedestrian but apparently has a long, weird history organizing things like the notoriously trumped-up Get Kony 2012 campaign, working for a former congressman’s failed presidential campaign, and roving the globe as a special foreign agent of the State Department (a history that appears since scrubbed from some sites for some reason).

In short, there are people who like to watch us fight—though there are also real reasons, in some cases, to fight.

Keep in mind government loves excuses for crackdowns of all sorts. Think of the endless litany of drugs proclaimed the “new crack” we’ve been told from time to time would produce an army of zombies in the streets, only to be completely forgotten months later (except by police departments engaged in a flurry of new equipment purchases). As much as we hate Nazis, then, we should be very troubled if the hair-trigger response by government (and its supporters) is to clamp down on non-violent free speech. Boston has already revoked permits for an alt-right gathering in that city this month, with the mayor tweeting the paradoxical message, “Boston is an inclusive place for all. Hate will not be tolerated in our City.”

There was a time not so long ago when no matter how stupid the right-wingers got, one could count on liberals to make the admirably evenhanded point that the First Amendment right to free speech and assembly applies to all. I fear that time is rapidly passing, and we may one day conclude that the beginning of the end was the huge upwelling of enthusiasm among liberals for “punching Nazis.”

Not being a pacifist, I shouldn’t even have to say that I have no objection to punching actual Nazis—even shooting them—on the battlefield if they’re, say, in Normandy in the 1940s and about to kill people, nor shooting others about to launch a physical attack who cannot be stopped by other means. Nor should I have to say, though it appears nowadays I do, that special, horrible Normandy-type situations cannot be extrapolated to justify violent attacks on anyone, even in peacetime, who sounds remotely sympathetic to whatever the left broadly defines as “fascist ideas.” Realistically, where will that end?

The rule of law has many purposes, but even when it’s not a libertarian law code, one obvious purpose of law is its sheer predictability. That’s why the Code of Hammurabi was written on a big pillar in public. I might hate most of the rules, but at least I know what they are, and I am thus less likely to be at the mercy of the enforcers’ sudden whims. But if, say, criticizing liberal modernity or praising ethnic traditions in public—or merely saying the alt-right has speech rights—is now to be deemed grounds for a punch in the face, and in time the people throwing those punches even run for office, get the law changed, or simply become so numerous that they can easily and continually flout the law, then I, too, am worried about our fascistic future. But not primarily because of the alt-right.

Maybe the past couple decades of high-adrenaline but half-imaginary skirmishes in videogames and comment threads have undermined many people’s ability to think about long-term consequences in the real world.