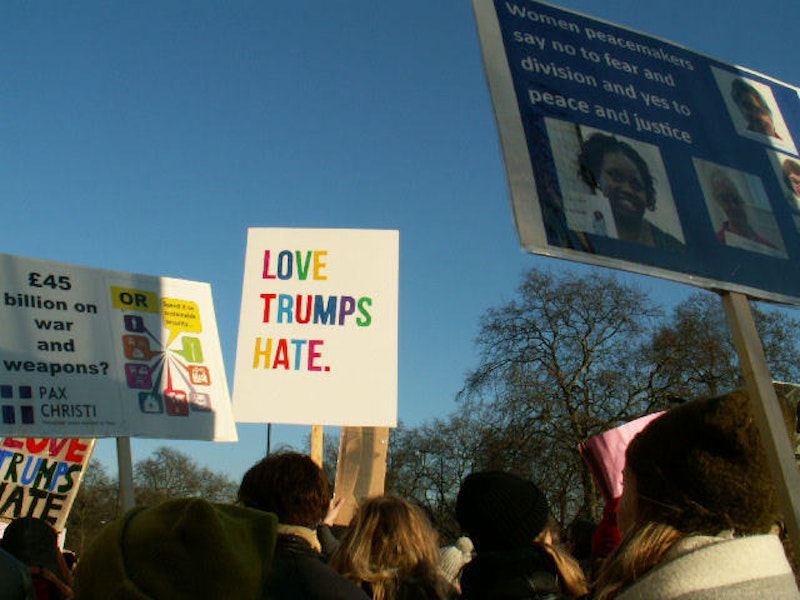 There's been plenty of cause for despair in the last week. Nazis rioted in the streets of Charlottesville, murdering, beating, and terrorizing protestors and residents. The President of the United States offered them encouragement and support, while tools like Paul Ryan stood off to the side. Nazi groups promised more marches and more violence.

In contrast to the ascendant right, the left, at least to some observers, seemed weak and helpless. Left critic of the left Freddie DeBoer's Twitter TL excoriated the cliquishness of the left, while Steve Bannon chortled that identity politics would enable the fascist nationalism he holds dear.

Is the left really in such terrible shape, though? It's true there’s some left infighting and lingering animosity from the Clinton/Sanders primary. But Hitler's rise wasn't enabled by mild intra-left sniping on Twitter. It was enabled by leftists murdering one another. As Richard Evans explains in his three volume history of the Nazi's rise, a Communist uprising in Berlin following World War I was met "with unprecedented violence and brutality" by the government, supported by the Social Democrats. Communist leader Rosa Luxemburg was murdered, and many rank and file Communists were executed without trial or simply shot. "These events left a permanent legacy of bitterness and hatred on the political left," Evans writes.

Tensions on the left became even worse in the next decade, as the Communist party, which had been a democratic, worker-controlled movement, was taken over by groups loyal to Stalin. Stalin demanded a hard line of no compromise with the Social Democrats, even as Hitler's Nazi thugs were harassing, beating, and murdering Social Democrats and Communists alike. "The primary enemy of the Communists was supposedly the Social Democrats, who protected capitalism from a workers’ revolution by deceiving the class with pseudo-socialist rhetoric," Florian Wilde writes. Venomously opposed to one another, the two left parties could unite neither at the polls nor even around common defense as fascist thugs killed them in the streets. Workers and labor were overwhelmingly opposed to the Nazis, but they were also hopelessly divided against themselves, and so failed to prevent Hitler's rise.

In comparison, the left in the United States looks like flowers and teddy bears. Hillary Clinton did not hire white supremacist militias to torture Bernie Sanders. Sanders is not promising Stalinist purges of centrist Democrats if he comes into power. In fact, Sanders works amicably with centrist Democrats all the time, caucuses with them, and votes with them on most issues.

It's not just Sanders, either. Centrist Dems and radical Dems have worked together on any number of issues since the election. Socialists and mainstream Dems were virtually united in opposition to cabinet picks like Jeff Sessions and Betsy DeVos. Jonathan Chait issued full-throated defenses of Obamacare while Jacobin argued that the fight against Trumpcare should mean a push for single payer, but both were resolutely opposed to the Republican health care initiative, and center left Dems and socialists alike showed up at town halls and called Senators to sink the deal. People from across the left spectrum have come out for protests too, from the Women's March to Charlottesville. Some leftists have made nonsense statements about how centrist liberals are equivalent to Nazis, and some centrist liberals jumped on the alt-right Nazi riot to make irresponsible red-baiting statements about an "alt-left." But for the most part, far left and center left have been perfectly able to coordinate against fascism when it counts.

The unified anti-Trump left is having promising electoral successes. Democrats painfully lost a Congressional race in Georgia—but they far outperformed expectations in a conservative district. They've also won a smaller upset or two, snatching a New Hampshire legislative seat they weren't supposed to and winning an Iowa state house seat easily in a district Trump took by 20 points.

Obviously, there are still a lot of reasons for gloom. Trump’s flirting with nuclear war with Korea; Jeff Sessions is working to prevent black people from voting; Trump's efforts to harm immigrants, trans people, and other marginalized groups are causing massive suffering. It's even possible that Congress will push through some sort of Trumpcare bill, denying insurance to millions. This is a terrible time for America. But hope is important too. The left has, quietly, shown that it can squabble over small things and work together on larger ones. In doing so, it's won some victories.