A proposal to the President (and Steve Bannon) goes off the fat rails. 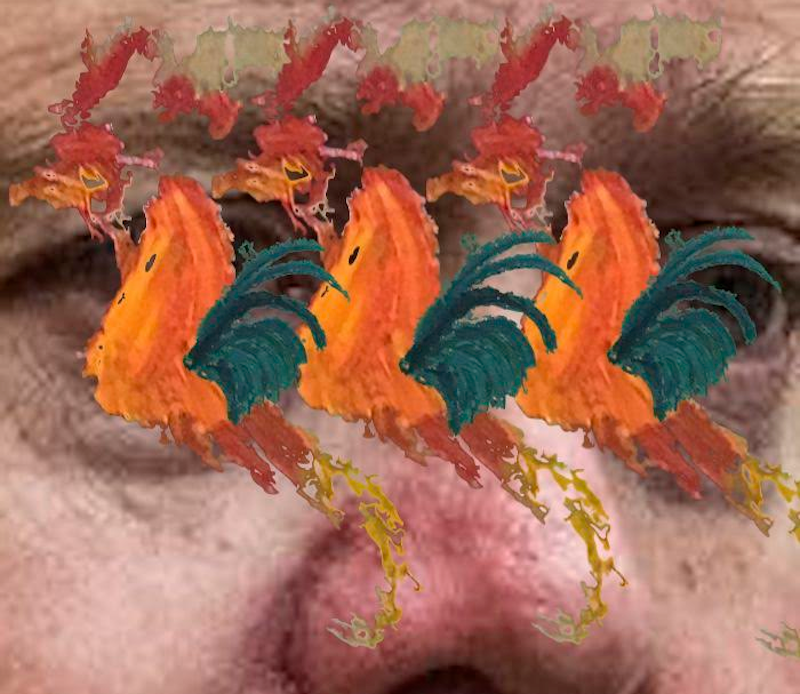 I read The American Prospect interview with Steve Bannon. I assume you did, too. But know this: I’m drafting my application letter and getting it in before any of you cretins. Bannon’s on the ropes, he’s on his way out—Naomi Klein told me so. “Yeah, yeah, letter of resignation, I mean application… who am I talking to again?” I hung up the phone and called my other media friend, Chris Cillizza, but he wouldn’t stop talking about horses and “stag parties,” so I bailed and decided to “wing" it on my own. Heh. I came up with that one. Monica calls it “dad humor,” but we don’t have any children, so the expression confuses me.

In any case, I had a peripheral awareness of Bannon’s work before he ever became associated with Donald Trump: my cousin Bennington was a “huge fan” of Bannon’s 2010 film Fire From the Heartland: the Awakening of the Conservative Woman. Bennington claimed he liked Sarah Palin “only for the articles,” but we all know he was choking his chicken to Nailin’ Palin Volumes 1 through 17.

Bannon proclaimed to The American Prospect that “Until somebody solves the part of the equation that shows me that ten million people in Seoul don’t die in the first 30 minutes from conventional weapons, I don’t know what you’re talking about, there’s no military solution here, they got us.” Wow, defeatist attitude much? Listen, Mr. Trump—sorry, Dr. Trump—I have a solution: tell China to buzz off. Talk to him like a real New Yorker. Gabaghoul, garmonbozia, I-am-walking-here. Joo know… eyy!!

MONICA: What are you doing.

ROOSTER: Filling out an application form for Chief Strategist at the White House.

ROOSTER: Yeah, well, when they get this resume… ooh, maróne. Capiche. Everything bagel.

MONICA: …at least don’t write it in dialogue.

Fine. Ugh! Sigh. No suggestion from the wife. Typical, am I right guys? Hey. Hey. Show some respect. That’s my FUCKING WIFE DON’T TOUCH HER. I’m ‘bout to get method in this bitch. Steve Bannon go die. I’ll write my letter to you. I bet you haven’t tried reverse psychology on the President yet. You’re too learned (and yeah, that’s the second, more intelligent pronunciation of that word). You’re too busy blowing fat rails off your oak desk to make sure your conversation is “on background,” a term which I totally understand and know the meaning of. Mr. President, I think that—

MONICA: Who is this letter addressed to? STOP WRITING ME IN DIALOGUE!

Fine, I won’t apply. Don’t you want me to fly? I feel so cooped up in here lately… I know, the painkillers slow you down, the painkillers slow you down… it’s not that. I’m not eating properly, I’m not getting enough grain. I just want to do something for my country. Maybe being healthy, productive, and active in my community is sufficient. I don’t have to go back to Washington… Jesus, I forgot I was there last year… the… what was his name?… Sarbanes? Baynard? Boner? …Boehner. Monica I need an injection… open the broom closet, get the hatchet… I need to forget some things… “I’m being deported”… pussy… shit, I was deported… went all the way down to Guantanamo Bay… I wasn’t stationed there, I was a prisoner of war, a political prisoner… what?… no, both. I was both… anyway, what was I saying about barnyards… oh… oh yeah, got a light?… got a light?… … … you got a light? What? I’m not being abrasive, it’s called being cool… yeah… yeah… yeah, I can hold… no, I don’t mind. I like the music you play…