Maybe civilization could use a good rest instead of a great reset. 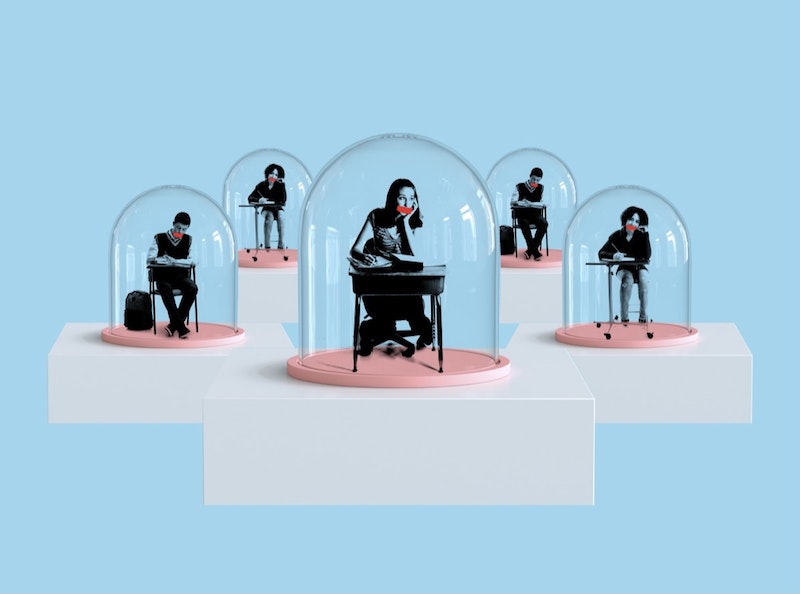 I can’t imagine anyone at this late, disillusioned point in human history trusting revolutionaries of any stripe. However, I often recall the wise words of a friend of mine who said years ago, envisioning a humbler sort of restart to social relations: “Everyone should shut up at the same time for, like, a year.” And she said that even before social media.

Something like that global pause has been provided, in a fashion we never wanted, by the year and a half of COVID lockdowns. I don’t think people will emerge from them in a state of revolutionary fervor. People are exhausted—more likely passively to accept French president Macron imposing an omnipresent electronic health passport than to storm the Bastille and create a new society. But if we’re lucky, they might at least be in a mood to shrug off any suggestions for further regulatory impositions, as if saying with one voice, “Look, we’re really not in the mood for any more hassles.”

That simple desire to go about our business would be a big philosophical improvement over people’s usual clamor for more government. Think of it as a last-minute evasion of the elite’s “Great Reset” plans (which are real, openly advertised and written about, green and anti-capitalist, but are denied as conspiracy theory nonsense by the mainstream press whenever the public starts to notice them) and the substitution of a more workable “Mediocre Reset.” Normal life will have to do, my frustrated intellectual friend.

It’s not hard to believe various European intellectuals had even higher hopes for the remaking of the post-pandemic world, though. If you don’t mind wasting nine minutes (or just watch the final four minutes of this if you have a life), note how this startlingly upbeat video from the Economist magazine, without using the phrase “Great Reset,” nonetheless makes pandemics and mass death sound great for innovation. How delightful we’ve got so much “data” to prove it, they tell us in the video over and over. Not a word, of course, is devoted to the idea that any new pattern you’re forced into is still a net loss by the one metric that matters: how you originally desired to live your life.

This is, you might say, the dry, English “carry on” version of the almost sadistic French hunger to “remake the world.” Both are creepy.

But call the new post-pandemic state of affairs what you will—social Reset, debt-forgiving Jubilee, revolution, umpteenth variation on the “clean slate” idea that Hollywood seems to love (perhaps wracked by especially guilty consciences). It is, in any case, history’s latest pause, like a lull after a war, during which we can, perhaps, dial down the hate and the sense of urgency a little and just stop to consider how completely stupid everything is.

And civilization is stupid, don’t doubt that. COVID hasn’t made it any smarter, largely offering a choice between callous dismissal of science on one hand and mindless obedience of self-proclaimed scientific bureaucracies on the other. I’m not saying this has all been for the best.

But sometimes people make more sense when they’re exhausted because they have less energy to waste on idle fantasies. Salon recently mocked Fox conservative Dan Bongino for being the latest conservative to say right-wingers should simply withdraw from liberal society. Conventional conservatives might call it monastic seclusion and Salon sarcastically calls it a hypocritical plea for conservative “safe spaces,” but I’d call it secession and think it sounds like a welcome respite. After a period of war, the exhausted survivors often call it a truce. That sounds nice. Once the combatants are in their own territories, they can call them whatever they like, one of the many advantages of peace.

Go for it. Don’t be ashamed of the fact that this withdrawal to our own corners is basically the opposite of the global reset mindset. It’s a tidying of your own space instead of a rude disruption of everyone else on Earth. Maybe we should rechristen this mood the Great Retreat. No matter how humble and lame, it still beats guillotines lopping off heads or governors telling you whether you can go to a local bar.

But maybe you think I’ve misread the public and the times. Maybe you believe a boisterous humanity is now eager once more to dare great things and have great things demanded of it. Gallup suddenly claims their polls show U.S. life satisfaction is at an all-time high. An all-time high! Richard Branson went to space! Anything is possible! And yes, in the long run it is. For the moment, though, I think we’d all appreciate a little low-key taking care of business. I’m reminded of my fellow New York Press columnist Jim Knipfel writing a warning to anti-globalization activists right after 9/11, saying they’d better not make any trouble in Manhattan right now because we really are not in the mood.

Don’t get me wrong. There are places that could use some revolutionary energy. Cubans are rallying to demand “Freedom!” from their Communist government, and they deserve more enthusiastic encouragement than they’re getting from American pundits, including Fox News, which seized the opportunity to scold The New York Times for seeing broad anti-government sentiment in a rallying cry such as “Freedom!” Why would Fox, of all places, shy away from seeing general applicability in a rally against government? Did their CIA handlers tell them it’s important to keep all revolutionary fervor focused on Cuba and Cuba alone right now, lest the masses everywhere get radical ideas? Maybe the U.S. government feels it has enough problems right now planning troop movements to Haiti and doesn’t need regional upheaval.

I’m doing my part to lower political expectations in general. We’ve been through enough lately. Vive le long, quiet period of muddling along.