Explainer: Haiti after the Assassination of Moïse

Clarifying the situation in Western Hispaniola for you, the reader. 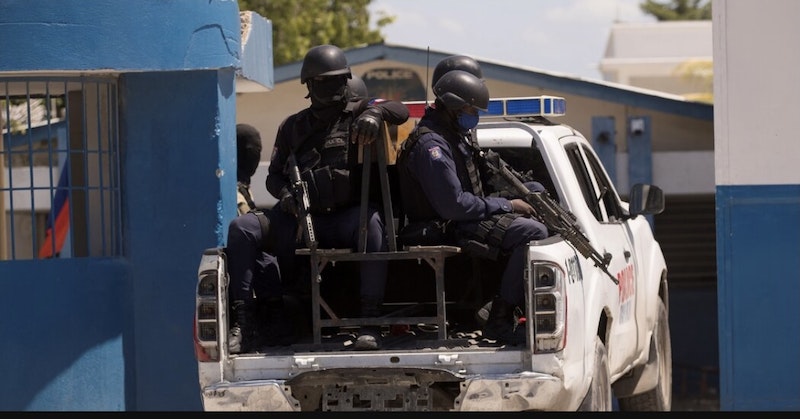 The term “pundit” comes from the Sanskrit “pandit,” meaning a scholar or wise man. It's one of the symptoms of the cultural decline due to social media that "readers" today often dismiss even very distinguished pundits such as myself when we give our half-assed verdicts on matters we just Googled last night. When people like you no longer accept unquestioningly the pronouncements of scholars and wise men like me, our common reality has indeed broken down.

But even in this terrifying post-truth world of social media, we pundits have a legitimate function. It's true our opinions don't matter. But we can still write explainers, helping you, the ignorant yet busy reader, understand complex situations clearly and quickly, telling you in a handy way what you need to get through your day as a quasi-informed citizen. The average reader, i.e. you, might not have enough time fully to study what is happening in Haiti with the care the subject deserves. Fortunately, I’m here to help.

As you may have read, the "president" of Haiti, Jovenal Moïse, was assassinated last week, seemingly by a band of 30 Colombian mercenaries. Even through the "fog of war," I speculate that someone is responsible, and that, even though ithad a completely Sid Gottlieb look about it, it probably wasn't the CIA, because Moïse was quite possibly on the American side. Or perhaps he wasn't really, at all; it's hard to tell. Indeed, since Moïse delayed elections, reconstituted the army, and started ruling by decree, he was no longer the president of Haiti according to the Constitution. Or according to a constitution, for which document embodies the legitimate Constitution of Haiti seems to be under dispute, or perhaps not. Usefully, however, we can narrow it down: there are probably at most only three plausible constitutions.

Whether or not the office of the presidency of Haiti was in fact occupied before the assassination, it may be that it has been unoccupied since the assassination. In my capacity as a pundit, I'm still trying to figure out whether Haiti has or had a vice president; no one knows, as far as I've been able to discern. Incase the office of the presidency is unoccupied, at least one of the constitutions of Haiti specifies that the legislature will appoint an interim president. However, since Moïse suspended parliamentary elections, most legislative seats are unoccupied and there’s no quorum. In such an event, the same or perhaps another constitution indicates that the decision rests with the "president of the supreme court." However, a person who may have been the president of the supreme court died last week of Covid.

The "acting prime minister," Claude Joseph, has requested US and UN military aid to restore order and protect vital infrastructure. However, Claude Joseph may not be the prime minister of Haiti at all, since two days before he was killed, Moïse had appointed Ariel Henry to the position, though it seems that Henry hadn't assumed the position yet, unless he had. Henry doesn't want US troops, and accuses Joseph of engaging in a coup. Joseph's spokespersons, meanwhile, accuse Henry of a coup too. Mathias Pierre, possibly Haiti’s elections and interparty relations minister, points out, reasonably enough, that "According to the constitution, whoever's in charge will manage the country, and that's what we're doing." And, Pierre asks, also reasonably enough, "With what constitution is Henry a prime minister?"

I want to remind you of where we started, however, which was with the alleged president of Haiti being assassinated, seemingly by Colombian mercenaries who may well not have been hired by the CIA. I want to remind you that it may not have been the president of Haiti who was assassinated at all. For when Moïse suspended elections, the opposition parties banded together in an inspiring show of democratic muscle and appointed the (fortunately apparently surviving) Supreme Court justice Joseph Mécène Saint-Louis as interim president. However, no one seems to have heard from Saint-Louis, though I might’ve just missed that part too.

Meanwhile, though no one is really sure, it appears that up to 60 percent of Haiti is controlled by warlords and armed gangs, many of whom might also not be sponsored by the CIA, and one of whom may have hired 30 armed mercenaries to kill the person who seemed to some to be the president of Haiti. The actual ruler of Haiti, that is—the person to whose aid the US might need to come with all our military might—may not be any of the prime ministers of presidents, or people who would be senators if there were a Senate, or Supreme Court Justices if there were a Supreme Court. The real president on the ground in Haiti might, in other words, be someone out there in the hills whose name is unknown even to punditry.

I hope this "explainer" has helped you, the reader, understand this complex issue. After all, if we don't have a shared reality, we can't form rational policies as citizens of a democracy. But I'll have to leave the policy part to others. To send troops or not to do what on behalf of whom? No idea, really. Christ, I can't do everything around here.