War, policing, and big spending by any other name. 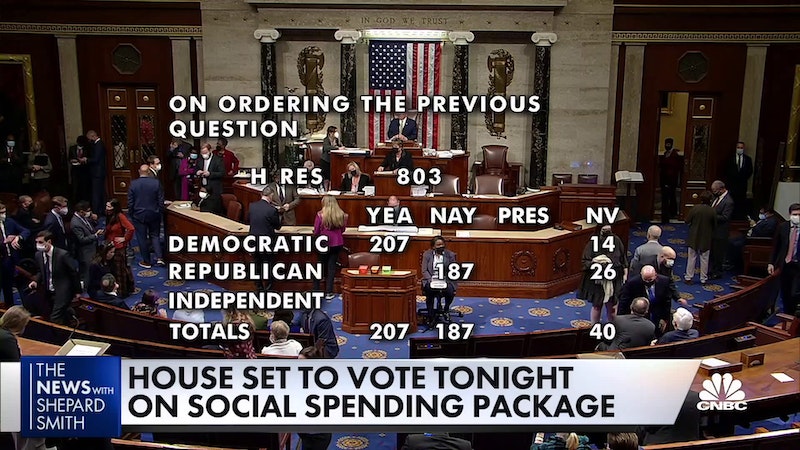 Early 20th-century Progressives like John Dewey and William James must be dancing a jig in Hell the way things are going lately. As a side effect of heavy-handed regulation, the National Guard is becoming substitute teachers in some places, even as military doctors replace fired nurses, while hospital administrators override scientists to direct P.R. efforts about which Covid treatments to allow. Practically everything is now, as the early Progressives hoped, a big-government-directed, propaganda-fueled “moral equivalent of war”—perhaps soon including actual war in Ukraine.

Maybe when Biden left Afghanistan, which was a good move no matter how hard conservatives try to spin it as a sudden and unexpected humiliation, we should’ve paused to remember the reliable rule that if the U.S. military exits one locale, it’s usually because the troops will shortly be needed elsewhere. Likewise, if government eases off on regulations in one sector of the economy, it’s usually because it has grown more eager to regulate some shinier new thing.

In any case, the world post-Trump doesn’t appear to be, as we were led to hope, post-authoritarian. (And I’m far from suggesting Russia is innocent, as some anti-war paleoconservatives seem tempted to do—though even some of them might want Putin attacked when they see how his crackdown on cryptocurrency turns out.)

Meanwhile, in keeping with the Progressive desire for big business to partner with big government, Microsoft is now treated as a government ally in antitrust cases against other tech companies, not despite it being huge itself but, obviously, because it’s huge and influential—as if fulfilling the warning of anti-government critics decades ago that if the government ever took a strong role in the computer industry, it would probably end up steamrolling innovators and letting a giant like IBM write the rules. Not that Bill Gates himself deserves much blame for what Microsoft does these days—he’s busy doing post-CEO stuff like urging the adoption of carbon taxes, which businesses far smaller and poorer than his can struggle with or be crushed by without him having to worry about the details.

It’s no surprise, then, that surveys show the past two years have seen the so-called advanced democracies’ populations lose trust in government, business, and media simultaneously, not just shift their allegiances from one sector to another—and the populists who have rallied against all those sectors have lost trust as well. Across-the-board skepticism is a good sign, not something to lament. Alas, there has reportedly been a simultaneous increase in trust in authorities in already-authoritarian countries such as Saudi Arabia. They may be slower than the West to learn the bitter lesson that the age-old impulse to trust government more in a crisis is a deadly mistake.

They’re not that much more ignorant than the U.S., though. Some 70 percent of young Americans now favor the pro-big-government Democrats despite all the talk we hear of a faltering Biden dragging his party down in the impending midterm elections. Despairing youth can’t be trusted to fear a government that pretends to offer a helping hand, nor do they much care about disruptions to public order like the massive, thieving hordes that have been raiding trains in L.A. County for the past year with no legal response at all.

Increased government and increased chaos go hand in hand, something the century-ago Progressives never foresaw and most of today’s progressives still refuse to admit. So, they still thrill to the sound of big-and-getting-bigger government plans, from Biden’s communist Treasury nominee saying the Fed should control all bank accounts to left/liberal pundits and reporters suddenly saying inflation (caused both by reckless expansion of the currency in circulation and by the immense increase in production costs from Covid-era regulations) is fine, per crackpot print-all-you-like “Modern Monetary Theory”—then pivoting without shame to say we may need price controls to tamp down these inexplicably rising prices.

There are voices of discontent in this well-oiled progressive machine, though, including entrepreneur Elon Musk saying Biden’s Build Back Better plan should be abandoned to increasingly useful Sen. Kyrsten Sinema enduring censure from her own party, the Democrats of Arizona, to vote against eliminating the Senate filibuster, that precious roadblock to all who think an active government can do no wrong and needs no restraints.

Rather than hope for government to restrain itself, though, I usually root for it to shrink by accident or during a fit of absent-mindedness. If recent schedules hold (hard to say these days), a third of the federal workforce should be retiring just due to age between 2020 and 2025. That’s not the kind of reform to the civil service bureaucracy that excited the early Progressives, but it’s the only kind that still gives me hope.

The Progressives, after all, didn’t foresee that when they gave vast new power to government, they wouldn’t be replacing petty local graft with visionary national and global governance. They’d be replacing glad-handing neighborhood crooks in City Hall with Hunter Biden introducing his dad to Chinese bigwigs and pretending it has no effect on U.S. policy. Everything is Bigger in the 21st century, but few still believe it will automatically keep getting “Better.”