How Trump Derangement Syndrome and whataboutism infect the Dems and GOP. 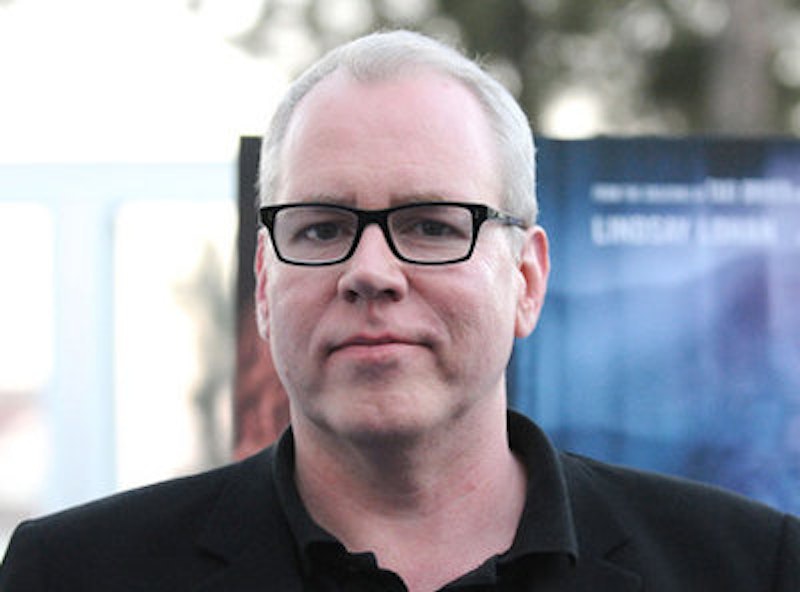 Trump Derangement Syndrome (TDS) has lately ruined the meals of American Psycho author Bret Easton Ellis. While dining at L.A.’s Sunset Tower Hotel with some members of the Hollywood liberal establishment over the weekend, he was called a “Trump apologist” and accused of “colluding with Russia.” “Is the left fucking NUTS,” he tweeted in a fit of pique, while vowing to swear off of all future discussions of politics with anyone.

Politics, as Ellis knows, is the worst dinnertime topic with a mixed group, and that holds even more so in the polarized Trump era. Having dinner with L.A. progressives who Ellis characterized in another tweet as “defending HRC, fake news, intersectionality, identity politics, PC virtue signaling” would put me off my appetite, so I can empathize with the novelist's plight. And when supposedly intelligent people are saying that he's colluding with Russia, “NUTS” is a word that comes to mind, especially since the writer didn't even vote for Trump. Over the meal he was, as he put it, “defending the American voter.” In other words, Trump got elected so people had better learn to accept it unless they want to let it consume them to the point where it interferes with their lives.

Following Ellis’ sensible advice isn’t an easy task for Trump’s virulent detractors. I should know. The thought or sight of Trump has, for decades now, caused visceral feelings of disgust within me, but I never imagined that the worst-case scenario would one day play out. What are the odds that this smug, sleazy real estate developer decides to morph into a politician and becomes my President? In my weaker moments I've indulged in self-pity over this. I struggle daily with my own urges to succumb to the ravages of TDS, and for the most part I'm successful. Seeing Trump on TV as POTUS, I sometimes find myself wondering if this is real.

Democratic Party voters are pretty much all susceptible to TDS. Trump’s level of vulgarity, dishonesty, and pettiness is unprecedented, so Americans have no template with which to process this “modern day presidential” behavior. They're better off resisting the disease, however, as it clouds their vision and affects their mood like a drug. One symptom is extreme overreaction to insignificant Trump-related events. If you let Trump get to you too badly, it's your own fault.

Trump boosters resort to whataboutism for a number of reasons. For one, there's a constant barrage of issues their leader's being assailed for that are indefensible. Trump tweets about avoiding a female member of the media because her face is bleeding from plastic surgery and what exactly do you say if you're on his side? Moreover, Trump relies heavily on whataboutism. Ask him about Putin killing people, and Trump replies, “We’ve got a lot of killers. What do you think—our country’s so innocent?”

It's ironic that the guy who’s been dogged by shady Russian connections since he's assumed office is now using a tactic with a long Russian history. Whataboutism is a Cold War term coined by Western officials who got used to seeing their Soviet counterparts talk about things like the U.S. lynching blacks when their human rights violations were pointed out. The plan is to divert from the actual issue at hand, and it can be effective at some level. The problem with whataboutism is the implication that, because your opponent does it, it's then okay for you to do it. If you're trying to establish any sort of moral high ground, abandoning self-examination isn’t the way to go about it.

The political right hammers liberals for their cultural relativism, and then they turn around and rely on a tactic that involves moral relativism. Children learn at an early age that just because the kid around the block swings the neighborhood cats by their tails that it's not okay to do it. Trump backers know in their hearts that their whataboutism lacks any moral grounding. They're the flipside of the antifa types who tell people to punch Nazis. Soon a “Nazi” becomes anyone who disagrees with them and it's okay to punch them too. Soon doing anything your political opponent does becomes acceptable. Both roads lead to moral failure.

The right wing abandoning its reliance on whataboutism is about as likely as the Democrats curing their TDS. They're fixtures of the political landscape now that serve as reminders of how haywire American politics has gone. TDS sufferers will fixate on the Great Satan Trump, to the detriment of figuring out how to win again. Raging obsessively helps them keep alive the fantasy that Trump’s not a legitimate president. It makes them feel better. Trumpists will keep pointing fingers at Hillary, saying, “She did it too,” because they've abandoned their principles for political power. This bargain means Idea-based arguments are no longer available to them. Whataboutism is about all they have now that they've corrupted themselves for Trump. It's not much, but it sure makes them feel better.