The Trashing of New York City

This is the city in the final September of Jay Gatsby’s life. 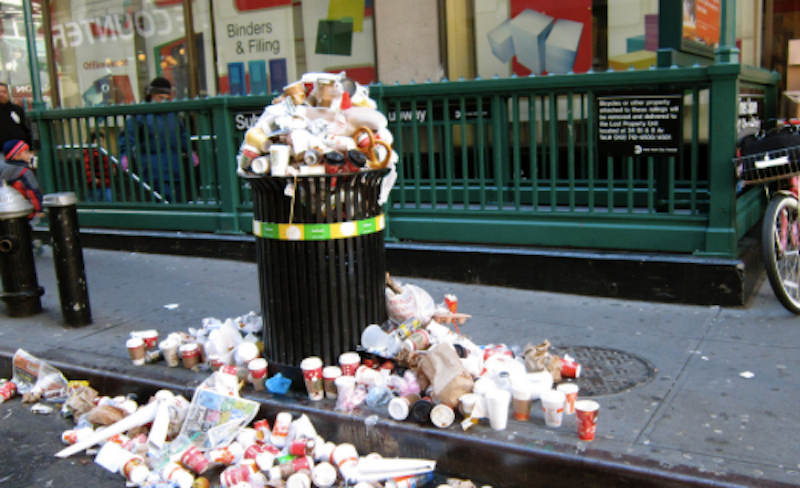 When cities go from laboratories of democracy to Democratic centers for the control of dissent, when the words of the greatest mayor of the last century fade before the actions of the worst mayor (so far) of this century, when the works of Fiorello LaGuardia collapse under the make-work administration of Bill de Blasio, the nation suffers.

Because New York City is as American as Alar-treated apple pie, because we are all New Yorkers, Jeffrey Toobin notwithstanding, what happens to the city is a harbinger of what threatens all cities. The threat is garbage thinking about everything, including garbage, because Mayor de Blasio shows no sympathy for LaGuardia’s thoughts on governing. Or: If there is no Democratic or Republican way to clean the city, there is in fact a way for anarchists to destroy the city.

The way lies with the perpetuation of lies. The lies are libelous to observant Jews and odious to right-minded people of all religions or none, because the lies are obvious. The lies represent de Blasio’s attempt to be New York City’s last mayor. Not the city’s last best hope, but the last man at the end of the history of the city.

The end precedes the exodus of residents to safety, flowing like a river—a river of secession—through the streets and boroughs of the city. The river flows away from a sea as red as the mayor’s politics and as dead as the lives lost during his term of office. The river ends where de Blasio’s jurisdiction stops.

What remains is a city as foreign to the story of Lazarus as it is hostile to the spirit of Emma Lazarus. In the remains, among the masses unable to worship in peace or gather in freedom, is a city of refuse and disease.

Neither situation is sustainable, regardless of what de Blasio says, because no city can kill itself to survive. Nor is survival possible in a city that is a graveyard inside a ghost town, alongside a landfill, where labor has no dignity and workers have no decent-paying jobs.

What the city has is a county with a regal name and rancid conditions, a valley of ashes, in which Queens is a temporal hell of smokestacks and burning garbage; in which gray colors the sky and sets the mood; in which depression fills the air and dominates the land.

This is the city in the final September of Jay Gatsby’s life. This is the real-life city on the 11th day of September, 11 days from fall, after the fall of the Twin Towers. This is the city, today, in the autumn of de Blasio’s last year in office.