Truth, Jerks, and the Patriot Way

If you won’t report on it, those louts you dislike will. 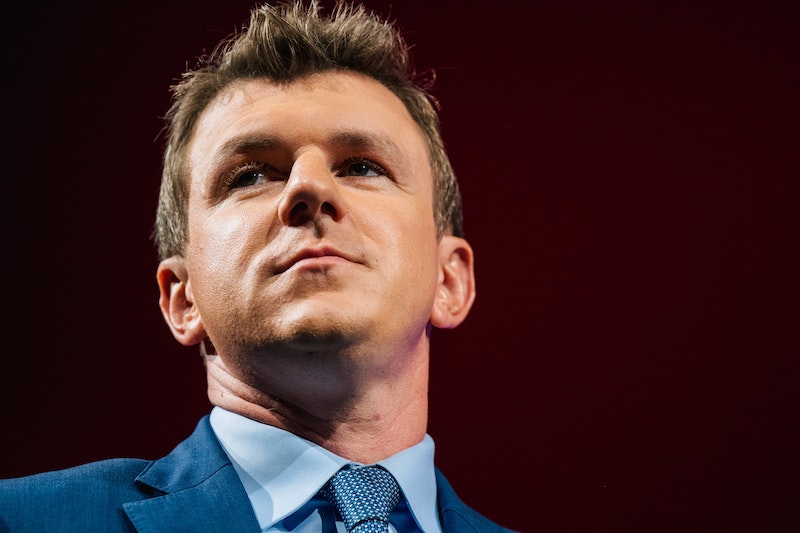 The FBI raid last week on the Manhattan apartment of James O’Keefe, head of the conservative guerilla journalism group called Project Veritas, is a reminder that when the establishment swoops into action to quell what it tells you is dubious journalism, it’ll usually be because the journalism in question hit a bit too close to home.

In this case the motivation for the raids was ostensibly theft—of President Biden’s adult daughter Ashley’s old diary, purportedly left behind in an apartment she once occupied, and purportedly full of weird reminiscences about Dad doing inappropriate things like showering with his daughter. This bit of possible family history hit the news in mid-2020 but was largely batted down as an unverified rumor, which would seem to make last week’s raids a bit of an overreaction. Project Veritas plausibly claims they merely received the diary, not stealing it themselves, and that they weren’t even sure it was real, leading them to try contacting Ashley’s lawyer about how best to return it, if it were indeed stolen property.

If that’s true, the raids start to look a bit redundant, even punitive. Regardless, in a country full of petty theft and still ostensibly opposed to outright censorship by government, if you really want to see the law spring into action to pursue possible thieves, it appears the thing to do is have something in your possession that might further reveal the elite political class’s predilection for child molestation and thereby undermine that elite’s faltering credibility.

I find the journalistic implications of this more troubling than the legal ones, though. If, as some believe, people like Project Veritas are irresponsible, why do we have to keep learning about the important stories and juiciest spilled secrets from them? The mainstream press has abandoned its duties.

Only 49 percent of people in the U.S.—the lowest percentage of any nation’s population in an Oxford study of over 40 countries—trust media. Good. That still strikes me as too high. Furthermore, a Rasmussen survey over the summer found 58 percent of likely U.S. voters agree with the statement “The media are ‘truly the enemy of the people’,” nearly double the amount who thought that three years ago.

(That 58 varies with political affiliation: 76 percent of Republicans, 61 percent of independents, and a mere 37 percent of the trusting, faithful, compliant Democrats.)

Maybe the media would be trusted more if instead of constantly reassuring the public that we’re best off obeying the authorities, mainstream reporters more frequently exposed real threats to the public arising within the establishment itself, such as FBI schemes to entrap citizens in exaggerated terror plots that can be used to justify later government crackdowns.

That sounds like a journalistic mission that would’ve delighted the anti-establishment press of the Nixon era, but now, just as James O’Keefe has to get the dirt on many political operatives, it’s left to Fox populist Tucker Carlson to explain how, for instance, the same FBI entrapment tactics—even the same personnel—were used in both the fake right-wing plot to kidnap Michigan governor Gretchen Whitmer (it appears 18 out of 24 “plotters” in the incident were actually FBI operatives) and the subtly steered and stage-managed “insurrection” at the U.S. Capitol on January 6 (as explained in Carlson’s recent televised report called Patriot Purge).

One can be moderate enough to think it appropriate that a Carlson staff writer was recently dismissed for racist ties and still think a long piece about manipulative, deceptive law enforcement agencies is a public service. It’s a dirty job, in short, but someone’s got to do it. Maybe the rest of the media should give it a try—but they have other goals, like keeping us all passive. That goal wouldn’t be well-served by a nightly diet of news pieces urging you to think warily about raids on journalists on the east side of Manhattan or about a possible “false flag” operation in the nation’s Capitol phonier and creepier than the bunch of flag-waving hooligan trespassers you’re asked to fear.

Start looking at the news like a grudging O’Keefe or Carlson fan instead of a dutiful recipient of establishment wisdom and you might start worrying that the most dangerous fascists aren’t the ones in militia compounds but those in the Biden administration—not to mention all the prior administrations, of both parties. (It was nice to see Carlson’s Patriot Purge start with a condemnation of the civil liberties violations committed in the name of Bush’s war on terror.)

At the very least, behave enough like a courageous adult that you don’t recoil in fear every time the establishment tells you you’re at risk of reading or watching “misinformation.” It’s fairly obvious you weren’t at great risk of chasing a UFO off a cliff back before YouTube purged most UFO videos—but given what we’ve learned in the past few months about government’s great interest in the topic, we can now surmise that you were probably at some risk of annoying the military. That may’ve been reason enough for the big social media companies to crack down on such speculations, but maybe it should also be reason for anyone with a brain and a pulse to want to know more. Consider that the next time they tighten the thumbscrews on COVID skeptics or anyone else.

I admit the idea of a broad “truth community” didn’t seem intuitively plausible to me when that phrase first started being thrown around a decade or so ago in an effort to put a nobler gloss on people such as 9/11 conspiracy theorists. But by now it has become painfully obvious the heretics and whistleblowers in our society really are up against vast public/private forces hewing to a party line. It’s surely time, then, for right and left, veteran journalist and fringe theorist, skeptic and true believer, to come together around the basic twin missions of getting the word out and thwarting bullshit—all participants learning in the process vigorously to defend people they dislike.

As dominant narratives unravel, watch for whistleblowers to become the next form of dissent to be coopted (as with that recent Facebook staffer turned regulation advocate).

If there are elderly ex-hippies reading this who can’t bear the thought of joining hands with people on the right this late in life, recall one of your arch-enemies, the Pentagon, launching a public relations blitz against the aforementioned Tucker Carlson not long ago for his comments lamenting the feminist rules creating the novel possibility of drafted and pregnant soldiers. Step back, ignore your likely mixed and incoherent feelings about female soldiers and ask yourself whether you really want to end up, at long last, on the side of the establishment that created the FBI, the Pentagon, and the rest of our modern information control apparatus—or whether there’s still some fight in you, enough to make you tolerate that bowtie-wearing dweeb next to you in the trenches.