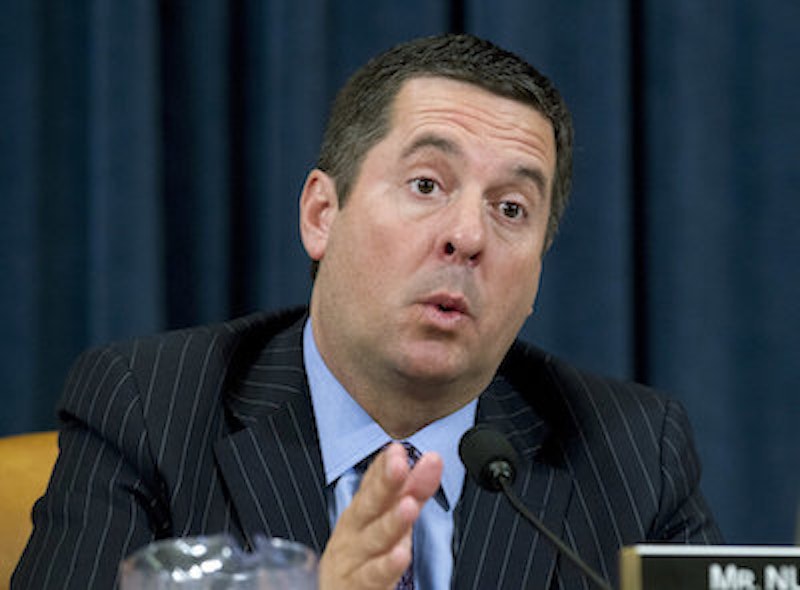 The Trump presidency has created an identity crisis for many Republicans, and also a "branding" crisis. These will only manifest themselves in their full destructiveness after Trump is gone, which is likely pretty soon, one way or another. For example, many Republicans were once defense hawks who emphasized their commitment to American liberties, and they portrayed themselves morally upright in a traditional, family-values, sort-of Christian way. Now they're sweeping the globe, looking for opportunities to trade policy to hostile governments for campaign contributions and shit they can use to discredit their opponents.

The self-transformation of Marco Rubio or Devin Nunes into mini-Trumps, I feel, will be a long-term disaster for the GOP. How will these positions and strategies play in the Post-Trump (PT) era, when they won't have the cover of the most rollicking politician the US has seen since Teddy Roosevelt? Trumpism without Trump, without that unique swaggering assholery and half-assed quasi-charisma, just falls apart. When Trump is gone, Ron Johnson and Lindsey Graham will be left looking in bewilderment, still clutching policies, political strategies and basic moral values that are entirely opposed to those they were taught by their mothers and have professed throughout their careers. It will quickly become obvious in the PT period that these could be sold as a package only by Trump. They'll have to find another demagogue or try to recover the belief-systems and personalities they once purported to have.

Trump has bloated the American state while withdrawing troops from Syria and withholding military aid to Ukraine. Whenever his own foreign policy choices aren't short-circuited by someone like James Mattis or by being made public, they appear to enhance Russia's geopolitical position. And the sort of person Trump is, revealed in the Access Hollywood tape, for example, or in his willingness to trade American policy for personal favors, is something only he can get away with, really. I don't understand it, but I know that if Rubio were acting like that we'd put him in a pillory on the public square.

To get away with the sort of crap Trump pulls all the time—baldly lying all day on TV and Twitter, for example—you need the big blustering personality, at a minimum. You need to be a person about who people say: "Yeah that's some crazy bullshit. But that's just him." People who once said that about Trump with a certain delight are now saying it in a more exhausted and resigned way. But they’ll never say it about Devin Nunes. Without Trump, Nunes is just standing there in a Trump t-shirt, trying to flirt with Eastern European oligarchs. When he's finished with him, Trump will leave Nunes a hollow-eyed husk who's liable to lose to anyone who can portray herself as a decent human being.

So far, this column may strike you as just the sort of anti-Republican partisan bludgeoning that you read six times a day on The New York Times or Washington Post opinion pages. I still try to short-circuit that by token indications of balance, and I think that what we're seeing now shows how partisanship in general makes idiots and monsters. If the Democrats found a candidate who could straightforwardly beat Trump using Trumpian tactics, through corruption, social media abuse, constant lying—and if they thought that candidate could deliver Supreme Court justices and effectively vilify their opponents—they’d endorse him. And it's not that they're not constantly debating propaganda strategies as opposed to policies.

However, though their candidates might be less impressive than people had hoped, the Dems haven't come up with an anti-Trump in this sense, thank God. The actual situation makes only Republicans vulnerable to this sort of attack right now: that they've cast their lot with that bumbling monster. Trumpers are likely to be unimpressed by further insults. But Trumpers without Trump are also liable to lose many elections, as they try to sell obviously incoherent policies with semi-criminal tactics and do it without the salesman who sold that stuff to them in the first place.

They'll be saddled with Trump's racism and sexism for the rest of their careers. And those careers are likely to be short and reprehensible.

I'd like to think that the post-Trump era is upon us, and that he’ll be removed from office in the next few months. I see why people think that's very unlikely. But as Republican senators ponder removing the President, I'm hoping they’ll suddenly confront the fact that they’re going to have to figure out who to be and how to sell themselves when Trump is over, which he is going to be, whether in 2020 by impeachment, 2021 by the inauguration of a Democrat, or (God forbid), after the 2024 election. I'm hoping they reach a point in their personal deliberations when they realize that their careers and party are best-served by jettisoning him as soon as possible and regrouping with another agenda.

And in the PT era, they'll have to engage in the long process of reassembling their value systems.