No clear mandate on anything. 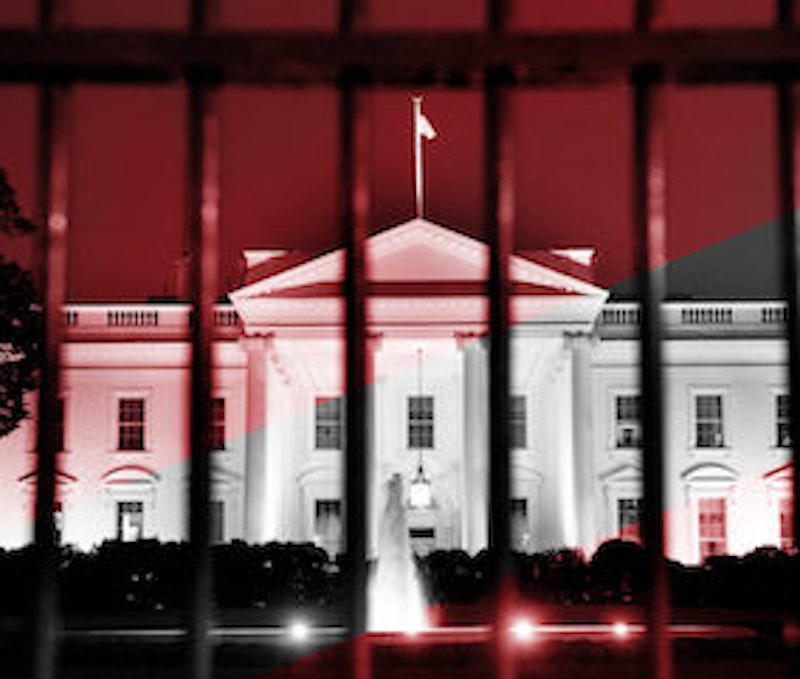 In a world where confident politicians with a clear philosophy usually do terrible things, sometimes killing millions, this is a pleasant time of incoherence and indecision, which is a blessing. In the impeachment hearings as with so much else, for every “clear and unmistakable lesson” one side laughably insists can be gleaned, there are people drawing a lesson upside-down and backwards from that one.

Democrats and the media have breathlessly hailed people as heroes for testifying they didn’t like Trump’s threat to withhold arms from Ukraine, but as former Rep. Ron Paul has argued, the President gets to conduct foreign policy and we probably shouldn’t be shipping arms to Ukraine anyway. Meanwhile, many of the names thrown around in the impeachment hearings are long familiar to some more-attentive news-watchers not as bold truth-tellers but as architects of dubious plans for meddling in energy and warfare in Ukraine and points beyond. The more of them trotted out and exposed, the better, in some people’s minds.

By contrast, Trump so far managed to emerge from the sidelines of the hearings with perhaps his most memorable comment being his hand-scrawled note “I want nothing, I want nothing, I want no quid pro quo; Tell Zelensky to do the right thing”—likened by many to punk or Morrissey lyrics, which should delight that populist-conservative Morrissey-concert-attending buddy I mentioned back in October, Dan McCarthy. Argue with Trump’s policy results if you like, but I think you’ll have a very hard time establishing a mens rea there that’s simultaneously coherent and sinister.

If Trump says he thinks Biden’s crooked enough to warrant investigating, I’m inclined to think he at least believes it while he’s saying it, and it seems quite a stretch to say a president can’t look into such (imagined or real) misdeeds. That takes it all out of the realm of mere domestic electoral politics, and mocking Trump for falling for conspiracy theories only makes his defense argument stronger. I don’t think those conspiracy theories are all so crazy, either, but that’s a topic for later—after the impeachment hearings have failed to remove him, as they surely will, unless you see two-thirds-of-the-Senate-worth of clarity in all this.

Anytime something in the hearings seemed to buttress the Democrats’ now nearly defunct Russia narrative (the narrative preceding the Ukraine narrative), it got plenty of attention. They loved Fiona Hill when she denounced Trump, for instance—but seemed less enthusiastic when Hill effectively said the Russians’ plan all along was simply to make either winner of the 2016 election launch an administration under a cloud of doubt, Clinton by using blackmail or Trump by using flattery. Creating the appearance of Russian influence was the main Russian influence, in short, and everyone should now be embarrassed about falling for it. Useful lesson but awkward for partisan narrative purposes.

And while it gets more difficult for the U.S. left to make the case Trump’s an authoritarian monster, the left’s kin in Beijing continue deploying cops to shoot and beat protestors in the streets of Hong Kong, the sort of thing that reminds people who still have a conscience what truly authoritarian government looks like. In the U.S., the closest thing to active right-wing authoritarians at this point may be that tiny faction called Groypers, who’ve denounced more mainstream conservatives and Trump supporters for being too accepting of gays and Jews. Listen to them scream at Trumpers for a few minutes and you might be sickened, but you would no longer be under the impression the gentle, tolerant Trumpers are fulfilling the Nazis’ dreams.

My sneaking suspicion—though I tend to regret it when I fall prey to optimism—is that even many who consider themselves liberals or leftists are getting tired of seeing every smidgen of conservative activity in the country smeared as fascism on the march, and they’re tired of impeachment hearings, too (as the low ratings suggested, at the risk of sounding like a Trump tweet). Still, perhaps the House will bring this to a vote and claim some sort of moral victory when the subsequent vote to convict Trump in the Senate misses the necessary 2/3 headcount by a mile. A nice longtime leftist in good standing who I know says that watching the hearings mainly just left him thinking, “the State Department is full of Russia-hating loons.”

I think the truth is much darker than that—that in fact those loons just pretend to hate Russia in order to use it as a foil and a distraction for their own dubious Ukraine dealings. But just the fact that people are watching, bored, and drawing their own rather negative conclusions about the (Deep) State Department instead of turning on cue into a Trump-lynching mob is probably a good sign. The public is unfazed by all this, in other words, and that’s not perfect, but it beats them being the frantic puppets of congressional propagandists.

Impeach Trump if you like, I don’t care, but please spend years deconstructing the Deep State afterwards. And if you don’t like the phrase “Deep State,” with its spooky conspiracy-theory connotations, I’ll rephrase that: End the State altogether. That would remove plenty of unsavory politicians from office, wouldn’t it?