Please pray for the parent who says envisioning the future now “is an act of mental violence”—she has a best-selling book out now. 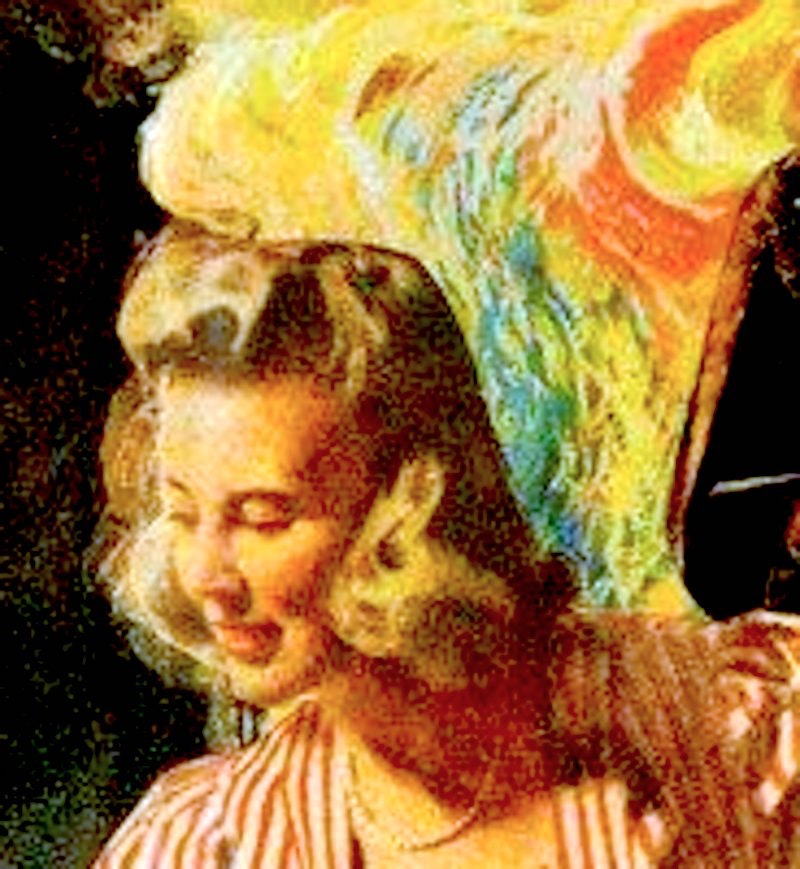 I doubt that I, a 27-year-old man, am anywhere near the target demographic for Sarah Kendzior’s new book Hiding in Plain Sight: The Invention of Donald Trump and the Erosion of America. Not based on the title (or that subtitle, a real hook for me, something I’d either enjoy or vehemently disagree with), but I wouldn’t be aware of it, much less writing about it, if I hadn’t read this excerpt, via Twitter: “There is a fragility to life now that nearly breaks me, one I could handle as a child and as an adult but not as a mother. Children force you to envision the future, and doing that today is an act of mental violence. But children also force you to fight for the future—to insist that there will be one, to bend the arc of the moral universe toward justice through sheer force of will, because it as hell doesn’t bend that way on its own.”

What a car crash of a paragraph. What’s going on with that first sentence? Five minutes of parsing leaves three words: “life is precious.” Yes, it is. How pathetic and sick to monetize your neuroses and admit to the world that you’ve fully regressed, pulling your hair out at night wide-eyed about the imminent apocalypse. “Children force you to envision the future, and doing that today is an act of mental violence.” Good lord…

It’s taken for granted, especially in the United States, that all parents love their children without reservation. Those that don’t—those that abuse, neglect, and abandon—are bad people, beneath us, the proper parents. Children are used as status symbols and extensions of the parents’ social life, and even more perversely, their professional lives. All is kosher when the children are kept anonymous, but seriously, “mental violence”?

Humble yourself before history and picture raising three kids during the Blitz in London, or worse, having a family in a country going through a fascist coup d’état as in Chile in 1973 or Germany in the 1930s. What about the actual, physical violence that children and their parents endured—or didn’t—in Ireland during the Troubles, or in Italy during the Years of Lead, or in Germany when the Red Army Faction was active? It’s easy and cheap to counter an argument like Kendzior’s with hellish historical periods as arguments unto themselves, not merely examples to show that people are a lot stronger than this strain of publishing and media would have its readers believe.

(Whether or not the United States is at a similar crossroads is up for debate—Donald Trump is a megalomaniacal authoritarian, not a fascist—but whoever becomes the country’s next “main character” will likely be far more boring, smart, and evil than Trump.)

Maybe Amy Coney Island’s all but assured spot on the Supreme Court will force a few more nervous liberal parents out than usual—no, who am I kidding, they’ve already voted. They voted early, they dropped off their ballots, they smiled and said “hello” to the “unhoused” people by the drop box, gave them a couple of dollars, talked to them for 30 seconds, and went home ecstatic that they interacted with people less than them—lower than them in the American hierarchy, and this they understand, and they want everyone to know that they’re one of “the good ones”—they smile and learn the names of the “unhoused” around them, and keep a casual rapport. But nothing more. God forbid they let their kids go for a walk.

No doubt Mrs. Coney Island’s children are subject to a strict religious upbringing and all that entails—I’m assuming—but at least they know the stakes, at least they know who they’re serving: God. What of the children of parents who have no Gods but public figures and pieces of pop culture? How long will we go until the cracks begin to show and we finally see how many American parents loathe their kids with the fire of a thousand suns? Will the quarantine continue to “break them” until they, I don’t know, pull an Andrea Yates? No, of course not—they’ll write bestselling books about it, they’ll tweet about it, and they’ll tell their friends, their parent friends, how well their kids are doing. They don’t know how difficult it is.

Did Mitt Romney recognize this “mental violence” yesterday on Twitter? “I'm troubled by our politics, as it has moved away from spirited debate to a vile, vituperative, hate-filled morass that is unbecoming of any free nation—let alone the birthplace of modern democracy… The rabid attacks kindle the conspiracy mongers and the haters who take the small and predictable step from intemperate word to dangerous action… The world is watching America with abject horror; more consequentially, our children are watching. Many Americans are frightened for our country—so divided, so angry, so mean, so violent… It is time to lower the heat… Leaders must tone it down. Leaders from the top and leaders of all stripes: Parents, bosses, reporters, columnists, professors, union chiefs, everyone. The consequence of the crescendo of anger leads to a very bad place. No sane person can want that.”

Dare I say the Senator has a point? Of course he’s suggesting we all put our heads properly back in the sand, and if the last four years has shown us anything, it’s Americans’ incapacity to deal with the raw facts of our country and how it came to be and how it sustains itself in the present. If that’s “mental violence,” it’s only natural—this is a thoroughly violent world. Knives are out for everyone and everywhere. Those “crescendos of anger” that Romney spoke of could apply to a homophobic rant by Rick Santorum or an irate protestor at the Women’s March (surely to occur whether or not Donald Trump loses).

Far be it from me to advocate a “return” to anything; the “originalism” of Mrs. Coney Island and the peculiarities of Sen. Romney’s Mormon faith probably doesn’t make for the most nurturing of upbringings. Then again, I’m not sure there’s a way to raise children in America today without falling prey to fear or manipulation by outside forces—whether they want your money, your attention, or both—and everyone remains in the invisible iron prison. Children of today will never forgive the world they were born into, and they shouldn’t. Is that enough “mental violence” for you?