Enlightenment Lessons Are Lost on Both the Left And Right

We’re in a time of regression. 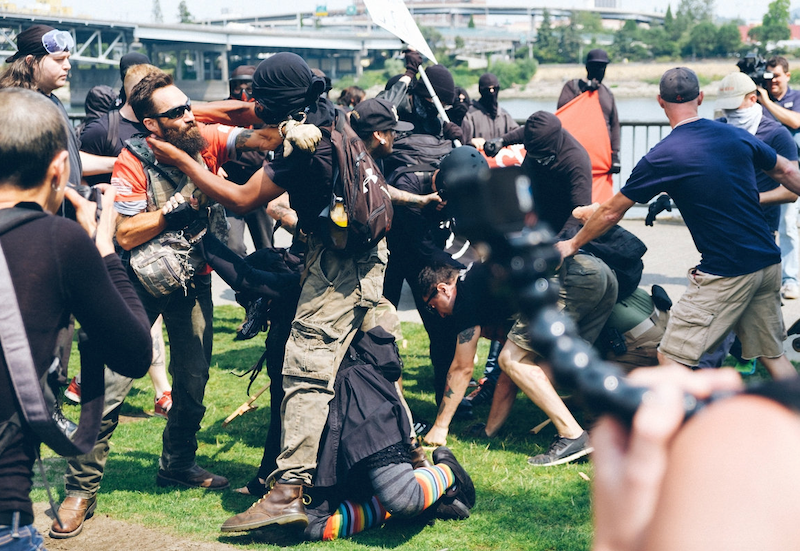 Republicans in the current era, except for the beaten-down never-Trump contingent, have chosen power over principle. Nobody thinks of them as particularly enlightened, and they rarely bother to even pretend, now that they've gotten their tax cut. The lessons of the Enlightenment are not foremost on their minds as they evaluate their political leader. The Age of Reason ended over two centuries ago—it’s ancient, forgotten history. That the Founding Fathers would be sickened by Republican support for deporting the Dreamers isn't even a passing thought.

Donald Trump, the anti-Enlightenment president, is pro-torture. That's the alpha dog way to think. This means he's for creating a separate class of human beings who can be treated differently, which Voltaire and other Enlightenment thinkers thought was barbaric. The United States was the first grand project of the Enlightenment. Its Founding Fathers made it clear where they stood on torture. “Cruel and unusual punishment,” is proscribed by the Eighth Amendment. With this president in office, there's a Republican myopia regarding important battles that were won long ago. Reason takes a back seat in a time when the nation's leader openly tweets about conspiracy theories and seeks to create his own world of “alternative facts.”

And while the Left touts itself as the most enlightened of movements, viewed from the outside that doesn't hold up. Too often the rights it claims to be committed to only apply to their own group. Black people who believe conservatism is the best route to the natural rights John Locke spelled out—life, liberty, and property—get called Uncle Toms, denying them their intellectual agency. British “secular Muslim” and anti-Islamist Maajid Nawaz regularly criticizes various aspects of Islam, for which Murtaza Hussain of Glenn Greenwald's Intercept website called him a “well-coiffed talking monkey,” “native informant,” and “porch monkey.” The Intercept would be outraged if conservatives applied such language to any regular Muslim, but their stated rules don't actually apply to themselves.

Huge swaths of the Left have little use for the critical thinking Hobbes and Locke embraced. Dogma is instead presented, and dissenters are ostracized for failing the purity test. Punching a Nazi is seen a more effective alternative to honest debate, even though when white supremacist Richard Spencer got punched on Trump's inauguration day all it did was boost his profile. Much of the Left is addicted to what makes them feel good at the time.

The quality of political debate suffers from the Identitarian-Leftist preference for denying the designated privileged ones (defined too broadly and arbitrarily to have meaning) a voice because they couldn't possibly understand unprivileged, marginalized minorities. This most basic of logical errors, known as the ad hominem debating technique, involves attacking the person rather than the idea. It's the oldest trick in the book for shutting down debate, but people get cowed into falling for it. It's, of course, unacceptable when the other side uses it. If you tell a poor minority person their opinion on matters of high finance doesn’t matter because they don't have any money, then you're a bigot and a racist, but tell straight white males they can't understand all kinds of things and you're applauded as a clear thinker and embraced as a possible ally.

One reason the Left stifles debate is that there's a faction that's not seeking equality of opportunity for all individuals. Instead they wish to turn the tables on the white patriarchy and give them less than an equal chance in order to make up for past iniquities. Denying these oppressors a voice is a means to that end. The intersectionalist coalition cannot explicitly state these intentions for political reasons, so it keeps them hidden and acts in bad faith. Many sign up for their cause without knowing what the secret agenda is because they're not allowed in the meetings where such matters are discussed.

The intersectionality coalition often resembles the reactionary movements that rose up against the Enlightenment and other progressive movements throughout history. The intellectual coddling that students demand on college campuses, the focus on identity over ideas, and the emphasis on the fragility of women run counter to Enlightenment ideas about individual freedom. Progressive language is used to disguise intentions that are regressive, creating a bait-and-switch effect for those who come aboard unaware of the real plan.

The Left has pushed aside the Enlightenment concept of universalism. There's no longer a single category, which they used to define economically, uniting all. The concept of the “common man” has faded. Now it's a coalition of tribes competing for victimhood status. The intersectional coalition—the liberal-left identitarians—often appears to be more of an insurgency than an effort to achieve universe equality. Beware.