Trump Impeachment Syndrome and the Uses of Political Theater

These are strange days on Capitol Hill. 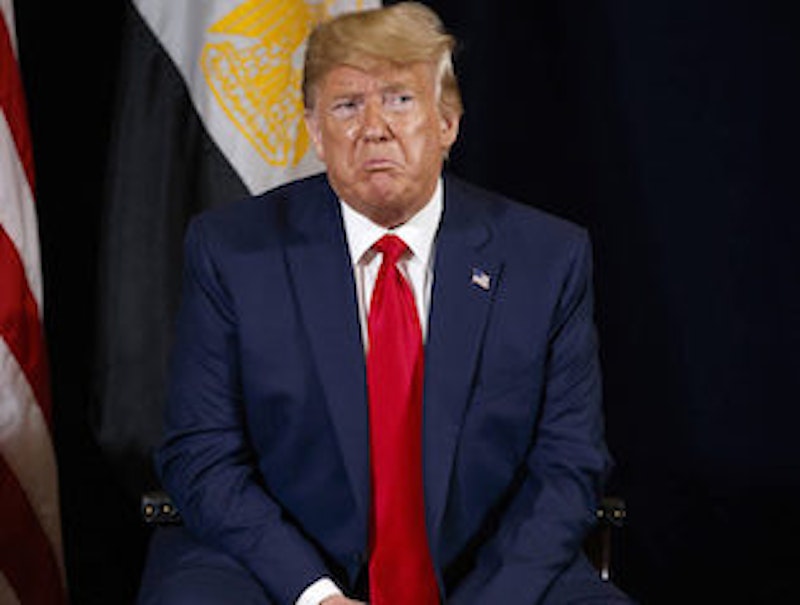 My current political orrery: I want to see the Trump crime family and his motley crew of dysfunctional fixers, sycophants, and apologists get shot directly into the sun as much as any liberal. But because I live on Earth and not on the moon or Jupiter, I have to cope with what’s actually taking place here and now: Trump’s GOP protectorate in the Senate will never allow him to be held accountable for crimes or abuses of office while he remains useful to them, whistleblower testimonies or not.

On a just planet, Trump removed from office is the least of what should probably be done to restore the integrity of the presidency, but we don’t live on a just planet. It’s highly unlikely Trump will be removed, even though he probably should be. Unfortunately, the media, particularly The New York Times, has already blasted off for deep space in their breathless anticipation.

The vast majority of posts which immediately spewed onto the news feeds when Nancy Pelosi made her formal announcement suggested something politically apocalyptic: a decisive end, payback for all the strife and dyspepsia, the “up” ending that at least 65,844,610 voters have been waiting for since 2016. But impeachment, even if it happens, wouldn’t mean removal. And this isn’t a Die Hard sequel: no easy endings, no Bruce Willis tossing the villain off a skyscraper, no heroic music, no closure.

So it was a pleasant surprise to see the Times’ Nicholas Fandos offering a mostly balanced story on the prospect of Trump’s impeachment. In “Nancy Pelosi Announces Formal Impeachment Inquiry of Trump,” Fandos breaks it down: “The decision to begin a formal impeachment inquiry does not necessarily mean that the House will ultimately vote to charge Mr. Trump with high crimes and misdemeanours—much less that the Republican-controlled Senate will vote to remove him. But Ms. Pelosi and her leadership would not initiate the process unless they were prepared to reach that outcome.”

Is this true? I’m with Fandos until that last sentence. Is Pelosi truly convinced the Senate will vote to remove him? Or could she have initiated this process knowing full well that it wouldn’t succeed? Why would she do that? Rep. John Lewis said “There comes a time when you have to be moved by the spirit of history to take action to protect and preserve the integrity of our nation,” but what, exactly is the substance of that call to action when the process in question seems doomed from the start?

Is it conceivable that the Democrat-controlled House could be engaging in a bit of ill-conceived political theater for a different reason altogether? Fandos notes that certain moderates have “cautioned that an impeachment process that could not win bipartisan support would never succeed.” And Reuters’ Jan Wolfe seems to agree, ending his “high crimes and misdemeanours” explainer by pointing out:

A common misconception about impeachment is that it refers to the removal of a president from office. In fact, impeachment refers only to the House of Representatives, the lower chamber of Congress, bringing charges—similar to an indictment in a criminal case.  A president is only removed if two-thirds of the Senate, the upper chamber, vote to find him guilty. That has never occurred in U.S. history, and is unlikely to happen to Trump because his Republican Party controls the Senate.

So I suppose the Trump prison shuttle won’t be lifting off anytime soon. In the unlikely event that Trump’s impeached, he’s probably not going anywhere. Just ask Bill Clinton. The Democratic leadership must be aware of this. As I wondered in 2018, regarding Republican conspiracy mongering in an attempt to discredit the FBI: cui bono? Who benefits when something, at least on its face, stops making sense?

These are strange days on Capitol Hill. Maybe new information will come to light that makes the path to impeachment and removal seem viable. As it stands, I don’t see anything that militates in favor of Trump’s removal as a realistic proposition. But I was wrong in 2016 when I argued that the Trump Administration would quickly and inevitably collapse under the weight of its own corruption and incapacity. And I could be wrong again.

Ultimately, the simplest explanation might be the best: Pelosi wants to use this particular stunt to establish the possibility (decisively, in the eyes of the nation) that a sitting president can be indicted. In a recent NPR interview, she said, “I do think that we will have to pass some laws that will have clarity for future presidents. [A] president should be indicted, if he's committed a wrongdoing—any president. There is nothing anyplace that says the president should not be indicted.”

The answer to cui bono would then be: Congress, for starters. In the same interview, Pelosi added: “[T]he Founders could never suspect that a president would be so abusive of the Constitution of the United States, that the separation of powers would be irrelevant to him and that he would continue, any president would continue, to withhold facts from the Congress, which are part of the constitutional right of inquiry.”

Maybe those interested in seeking vengeance on Trump after he’s no longer president would also benefit from this. A successful (or even unsuccessful) impeachment inquiry could be very damning in future state-level indictments of him and his associates for a wide variety of causes and crimes. Whether this happens remains to be seen. But we know this latest sensational media frenzy isn’t (and can’t be) what it seems.