Trolls Under the Immigration Bridge

Ignore nations and your Haiti problems go away. 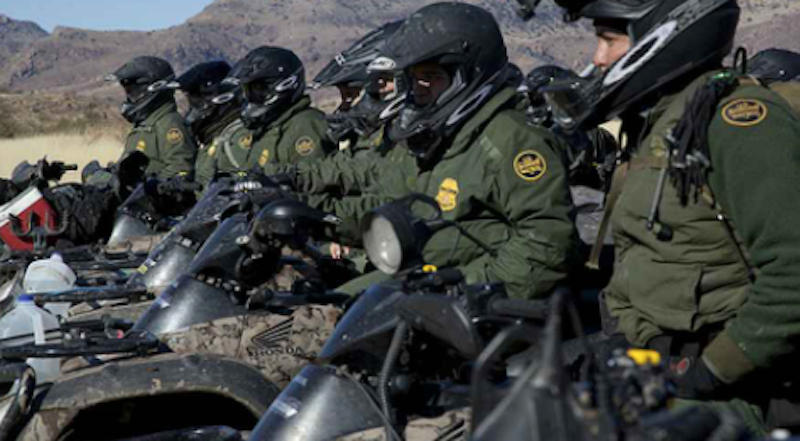 I can’t be accused of putting excessive effort into accumulating allies. I don’t think compromise or moderation is always the answer. Still, I’m pained by the fact that about once per decade, the U.S. misses out on an opportunity to enact some centrist version of immigration policy that would at least take the issue off the list of faction-making, fault-line-defining, fight-to-the-death sources of insanity.

California’s Gov. Pete Wilson, for all his flaws, tried in the 1990s to push the idea of letting people in but denying them welfare-state benefits, basically a libertarian win-win. The so-called “Gang of Eight” in Congress tried in 2013 to push a package of reforms (never in the end voted upon) that would’ve given more immigrants legal status while skewing immigration in the direction of high-skilled newcomers that capitalists presumably prefer. And in retrospect, if Obama had more proudly and loudly touted his numerous deportations, maybe Trump wouldn’t have gotten any traction with his subsequent Wall-building promises.

Instead, what once seemed a complex, technical, potentially dry (and thus finessable) issue has become perhaps the biggest, dumbest wedge issue in the country, aside perhaps from COVID policies.

So, we get the Biden administration, not so unlike establishment figure Mitt Romney in the 2012 election, trying to straddle the issue, with simultaneous subsidies for newcomers and expulsions for those who didn’t quite make it into the system—with stupid conservatives exulting over the chance to show masses of Haitians waiting under a bridge at the border for their fates to be determined, as if those people being packed together under dire circumstances is an indictment of the Haitians rather than an indictment of U.S. policy indecision.

Or at least, the far right likely views it as an indictment of the Haitians, while mainstream Republicans are just happy to see Biden fumbling something even if they don’t know how to handle it themselves (as with the 2010 Gulf of Mexico oil spill or the Afghanistan exit). Best to let messes happen on the other team’s watch, and then troll them!

But this season brings a stark reminder how petty anti-immigration activists’ insistence on keeping each of us within our own nation-state is in the grand scheme of things, in the form of fossilized human footprints in (what is now) New Mexico that are 23,000 years old, about 8000 years older than prior estimates of the time of migration from Asia into what is now North America. People have been migrating around the world since the beginning, and the right wing—which purports to understand that government has a deforming, unnatural influence on culture -- should be the last faction to stand athwart that ancient, continual human motion shouting, “Stop!”

If the timing of human use of the “land bridge” between Asia and America, which paleontologists claimed to understand, can be so easily “demolished” (metaphorically speaking), it seems petty in the grand historical scheme of things to insist that public property in Texas be treated as off-limits to anyone from south of the border simply because the state is governed by a northern criminal organization today—instead of by a Central American criminal organization as it was for a few years starting 200 years ago this week, when Mexico broke away from Spain.

If you want short-term conflict resolution, stick to defending individual private property, but if you instead prefer grandiose, collectivist political solutions, at least show some perspective. Admit how vast the historical forces are that you’re trying to translate into trifling immigration quota numbers or applicant processing rules. Realize how fleeting and tenuous any given tribe’s claim is to most land.

The argumentative move preferred at this point by some ethnocentrists (not just U.S. whites but many “La Raza”-style Mexicans) would be to summon the paleontologists and bicker over the precise genetic lineage of that ancient New Mexico walker, as if to establish dibs on the land in perpetuity—asinine behavior whether indulged in by whites, Native-Americans, or anyone else, though not without some Wittgensteinian plausibility, philosopher Wittgenstein having rightly recognized that some aboriginal land claims will be very fuzzy and traditionalistic by modern written-contracts-and-deeds standards. Where there’s private property, though—and there’s plenty, in both the U.S. and Mexico—let those individualistic boundaries override and short-circuit endlessly contested tribal claims, please.

Don’t ask us to consult myths of the tribal elders’ rootedness in the land when you could just ask one individual whether he has paid for his night at the Econo Lodge, wherever it may be located. So much tidier.

If one really wanted to follow the trail of ancient footprints back to the earliest known tribal claims to various chunks of the New World, one would eventually encounter, among other things, centuries-old, half-buried cities in the South American jungles, only recently visible on sonar and satellite photography. Those civilizations may have stretched up into North America, too, possibly so long ago that the varying genetics of the tribes involved help explain (presumably exaggerated) legends of giant people and little people we’ve all since inherited. History is a complex mess that I wouldn’t want to attempt to sort out as the basis for what should be simple legal claims about who gets to use roads, rent an apartment, or work at local a convenience store. We have present-day contracts and wallets full of cash for that stuff, and I suggest we use them.

Furthermore, there is some monolithic Latin American temple art of undeterminable age that looks suspiciously like species long extinct—purportedly “unknown” at the time the temples are conventionally held to have been built, which may mean they are in fact far, far older. And then there are those hints of global ancient seafaring and pyramid-building cultures. In this populist era, so many “dominant narratives” are due for reappraisal as the stuffy intellectual gatekeepers flee the newly riled mobs. Newly respectable, formerly fringey narratives are hardly likely to reaffirm all the current very stasis-oriented nationalist thinking. If the past is more unsettled than we pretend, should present-day boundaries be treated as eternal and inviolable?

I’m not saying that whoever lives closest to the jungles or has the oldest family tree wins every dispute, nor that Mexico and Haiti are more legit countries than the U.S. On the contrary, I’m saying, why open the can of worms that’s tribal and geographic history when we moderns have better ways, especially private property, of settling these questions of use and possession? Would your life become more hassle-free or less hassle-free if, every time you tried to buy a loaf of bread, some historian walked in out of the wings to ask which nation-states are enmeshed with your family history? If you paid for the loaf, you’re done. Very efficient.

Travel and employment should be just as individualized and free of vast civilizational politics. I don’t know if Atlantis existed, but I know whether it did should have no bearing on whether I’m deemed to have paid my phone bill.

Look how messy things get even when we only have the present to keep track of, as in that recent fistfight that broke out at Carmine’s restaurant on the Upper West Side in Manhattan over customers who didn’t want to present evidence of their vaccination status in order to enter (black Texans, as it happens, who may well believe both that Black Lives Matter and that it’s best you Don’t Tread on Me, both sentiments that happen to be correct). However much I might sympathize with people who are tired of COVID rules, though, I’d say the simplest resolution to that particular dispute would’ve been to defer to the preferences of the property owner—and that should go double for people who find themselves arguing about travel at the so-called border down south.

Carve it all up into private property—with preference for poor claimants if you like—and then let the market sort it out, with barbed wire or open arms as individual owners prefer. No more government border patrols. No more gigantic, ponderous arguments over how free individuals’ movements affect economics, demographics, or bridge use for millions of other people in incalculable ways. Also, no more Rep. Maxine Waters saying that border patrol agents’ reins flailing about are a scary sight “worse than what we witnessed in slavery” (though photographer Paul Ratje himself says the infamous border agents he chronicled weren’t whipping anyone) or Rep. Pramila Jayapal weeping for Haiti. No need for those theatrics if people can just move about unhassled.

Nations, like most other collectives, are fictions. In the end, there are just individuals, whatever their points of origin, ancient family histories, or ultimate destinations, paying their way and going wherever willing individual property owners allow them. It’s no one else’s business. If you don’t want Haitians under a bridge, urge government to sell the bridge and let the next owner decide what to do with trespassers or beloved guests as he sees fit.