Trading the Iron Curtain for the Iron Law

NATO outlasted the commies. Time for a rest. Right? Wrong. 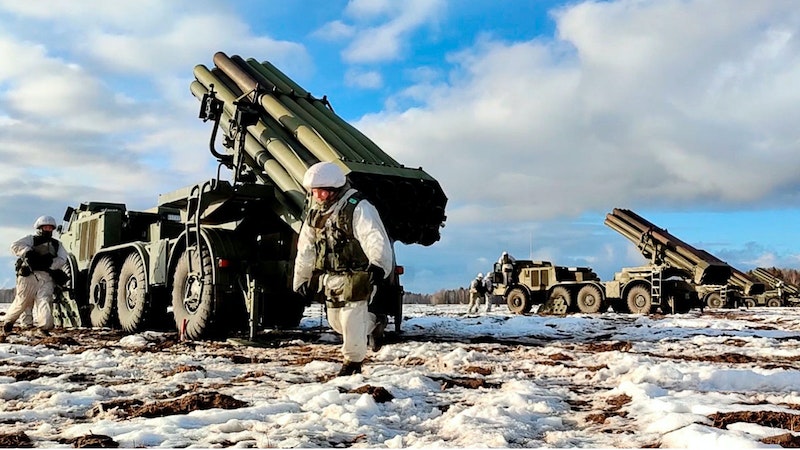 Formerly, the Iron Curtain was the symbolic dividing line between Capitalist West and Communist East. Now the Iron Law of Bureaucracy is what separates the capitalists from the communists' kleptocratic successors.

The Iron Law of Bureaucracy, formulated by science fiction writer Jerry Pournelle, holds that, “In any bureaucracy, the people devoted to the benefit of the bureaucracy itself always get in control and those dedicated to the goals that the bureaucracy is supposed to accomplish have less and less influence, and sometimes are eliminated entirely.”

NATO is, first and foremost, a bureaucracy. It was formed to create a united front against the Soviet Union and its client states. The Soviets responded with their own united front, the Warsaw Pact, which made de jure the de facto relationship that already existed between the USSR and the Eastern European nations under its postwar dominion. Then the Soviet Union collapsed, taking the Soviet Bloc and the pretense of the Warsaw Pact with it.

Job well done, NATO. You outlasted the commies. Time for a rest. Right? Wrong. Still NATO persists, a bureaucracy in search of a mission, intervening in conflicts the geographically minded might note are nowhere near the North Atlantic.

Historians, interested in time as well as geography, might add NATO didn't even do much of anything until the Cold War ended. From its formation in 1949 until the death rattles of the USSR, it mostly sat there and deterred. NATO's first major action came during the first Gulf War. From there, NATO went off to drop bombs in the Balkans and give an international flair to U.S. interventions in Afghanistan and Iraq.

Here's another law, one beloved by financially-oriented self-help gurus: “If you're not growing, you're dying.” That applies to bureaucracies, too. If they're not growing, they're dying, and since the end of the Cold War, NATO has put on weight.

Debate rages over whether NATO's expansion violates promises. Nothing was ever put in writing, and verbal assurances are fickle. Promises or not, however, NATO’s gone off mission. That brings us to the Russians, which means an obligatory preamble: Vladimir Putin is a bloodstained thug who is not only willing but happy to kill anyone who causes him a spot of bother. That said, Putin's all-around awfulness doesn't mean Russia doesn't have longstanding interests, concerns, and neuroses about its neighbors—some justified, some not—that exist independent of him. They existed under the Vikings, under the czars, under the communists, and now under the kleptos. They're not going anywhere.

One of those concerns has been maintaining reliable access to a warm water port. The problem with Russia's Baltic ports is most of them are iced in at least part of the year. Maybe climate change will fix that for them, but it hasn't yet. With the Baltic an iffy place to put its entire fleet, Russia has always sought to maintain a presence on the Black Sea. The Black Sea port of Sevastopol, on the Crimean Peninsula, has been a major Russian naval facility since the city's founding in 1783.

Sevastopol is in Ukraine. So, when NATO and the European Union—another bureaucracy governed by the Iron Laws—began sniffing around that westward-looking former Soviet republic, Putin's reaction wasn’t surprising. It's not just that Putin invaded and annexed Crimea. It's that any other Russian leader likely would’ve done the same.

Now there’s a pickle, because one country annexing part of its neighbor's territory just isn't done anymore, and the tensions between Ukraine and Russia—egged on by NATO, which has nothing better to do—have led us to the present state. Europe seems on the brink of war.

NATO has little incentive to stand down, and neither does Russia. Russia isn’t immune to the Iron Law. The Kremlin is rife with bureaucrats given renewed purpose by a new Cold War. Yet it needn’t end up in a shooting war. All that's needed is for each bureaucracy to get something it wants. Unfortunately, what they want is more of what got us in this mess to begin with. That’ll mean more money, more power, and more troops at the standby, while everyone on both sides pretends current Russia poses the same threat to global freedom that the USSR did, and isn't just a threat to its next-door neighbors.

The guns will remain drawn, but at least the fingers will be off the triggers again—for now.

—Franklin Harris is a journalist in Alabama. Twitter: @FranklinH3000