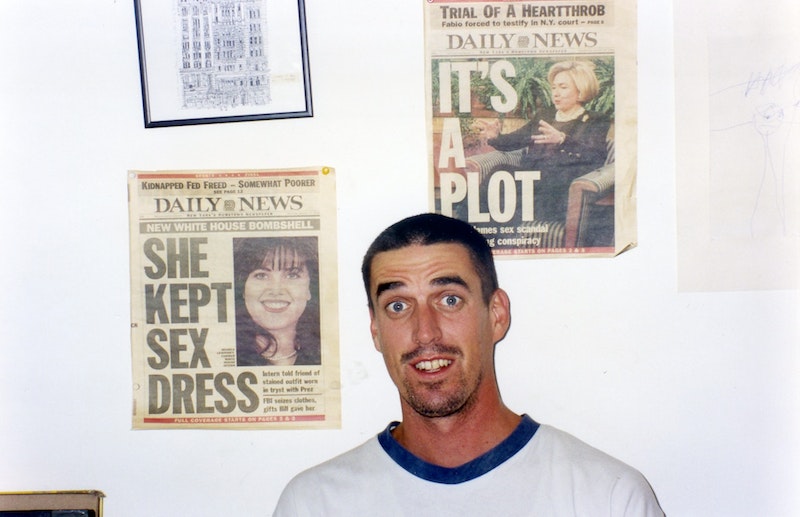 My name’s Smitty and I’m not a gambling addict.

I bring this up after reading another wishy-washy column by The New York Times’ Ross Douthat—the paper’s putative conservative (along with the superior Bret Stephens), intended to balance out the endless roster of liberal or “progressive” pundits that dominate the “Opinion” pages—a man who, for all I know, was at one time more resolute in his convictions. His entry last Sunday, “We Aren’t in Vegas Anymore,” concerned—and concerns him—the spread of online gambling, advertisements for which can be seen on TV and other venues. He writes: “But the easier it is to gamble, the more unhappy outcomes you’ll get. The more money in the industry, the stronger the incentives to come up with new ways to hook people and then bleed and ruin them. And all that damage is likely to fall disproportionately on the psychologically vulnerable and economically marginal, the strong preying on the weak.”

Douthat also rues the welcome relaxation of pornography regulation, suggesting, between the lines, that the long-ago censorship of, say, Joyce, Allen Ginsburg (though probably not Ralph Ginzburg and Lenny Bruce, and maybe even Hugh Hefner) was excessive, but led to Penthouse and a society “where online porn doubles as sex education and it’s assumed that the internet will always be a sewer and we just have to live with it.” I don’t access pornography online—although as a curious adolescent and young man did buy Screw at NYC’s Penn Station and blow several quarters into cheesy machines in Times Square and Baltimore’s Block—but don’t think twice about people, men and women, who do. (Just the other day, while having coffee with three longtime friends at the bustling Corner Pantry in Baltimore County, I was surprised to see a fellow in my line of sight, whose wife was across from him, clicking on impossibly big-breasted women on his laptop. The guy couldn’t have been a day under 80, so I guess there’s still some spark in that engine. That’s not meant as latter-day locker-room talk, but rather as endorsement of his freedom of choice. My surprise was that he was enjoying himself—just visually, I hope!—in a public setting.) Likewise, Douthat meekly brings up that maybe the decriminalization of marijuana in some parts of the country could lead to outright legalization, not something he endorses. As a pothead in the late-1960s and 70s, legalization would’ve made my life easier.

Douthat is correct that gambling can—like drugs, alcohol, eating, sex and tobacco—lead to addiction, but isn’t that a personal matter that shouldn’t be blamed on advertising? I’ve enjoyed betting since I was a youngster, relishing the whist card games my four older brothers and I played—our parents, sticklers on some fronts, didn’t bat an eye—often for nickels or popsicles. Not long after I started following sports, wagers with friends were common, although low stakes given our limited resources. My biggest loss to that point, came in January of 1969 when I put $25 on the Colts to beat the Jets in the third Super Bowl. Fortunately, I gave no odds. The only benefit to that setback—which was accompanied by wholescale razzing from friends, understandably all rooting for Broadway Joe since we lived on Long Island—was paying off my metal shop teacher, Mr. Russo, a real dick who took it personally that I was all-thumbs in constructing, say, a napkin holder. Perhaps it dawned on him that betting with a student was a school infraction, but in any case, we didn’t butt heads for the rest of the year. I also lost another $25 that fall when the Mets took down the Orioles in the World Series. (I was a Red Sox fan, but my brother Doug went to Johns Hopkins, and on visits to Baltimore, I caught the Colts and O’s wave; that vanished long ago.) And aside from election bets—I cleaned up in 1994—every spring at New York Press I made sacrificial wagers with Yankees fans (like John Baxter, pictured above, and one of the most genuine guys you’ll ever meet) that the Sox would win the A.L. East. $50 down the drain.

Not a word from Douthat about lottery tickets, which became popular in the early-1970s—naturally, I bought in several times, and once won $40, but after a few months figured it was a con I didn’t want any part of. I’m still amazed at the pull of the lottery: every third week or so, when I go to a local supermarket that stocks my brand of cigarettes, I have to wait on line, sometimes five-deep, as men and women take forever on their combinations of numbers, and then just as it’s my turn, the person making the transaction has to add one more ticket to the Deluxe Penthouse in the Sky. I don’t get it, but live and let live.

Incidentally, at roughly the same time Douthat was tapping out the referenced column on his cell—I’m pretty sure the virulent pro-life Ross isn’t so puritanical that he denies himself a smartphone—my wife, son Nicky and I were watching the uplifting 1994 film It Could Happen to You, starring Nicolas Cage, Bridget Fonda, Rosie Perez, Isaac Hayes and a short turn by Richard Jenkins, who looked the same then as today. Cage’s character, Charlie Lang, a cop who lives in Queens, is (especially when viewed today), one of the last honest men in New York City. When he doesn’t have a buck to tip Fonda’s waitress Yvonne Biasi, he promises to split the winnings from a lottery ticket he’d just purchased. Biasi rolls her eyes, but the next day this fantasy comes true, as Charlie wins $4 million and makes good on his word. My wife and I saw the film when it came out (it was partly filmed about two blocks from our Tribeca apartment) but the inevitable conclusion of Lang (whose greedy wife—Perez—divorced him) and Biasi after a nod to It’s A Wonderful Life twist tying the knot was still just as sweet.

Father Douthat (not on Michael Bloomberg’s payroll, I’d bet at least 50 cents) concludes his lecture: “I’m not sure where we are with gambling’s current trajectory. But every time this [football] playoff season served up another ad for Caesar’s Sportsbook, it felt like a sign that we’ve accelerated downward, with a long way yet to fall.” He doesn’t mention the floor of this scourge—all gamblers, even those who pour coins into one-armed bandits, are escorted straight to hell?—but perhaps his Biblical imagination hasn’t gotten that far. Anyway, I have one outstanding bet for $100, saying President Sippy Cup doesn’t finish out his term.