Knowing the law is your best defense against the authorities attempting to curb your constitutional rights for "the greater good." 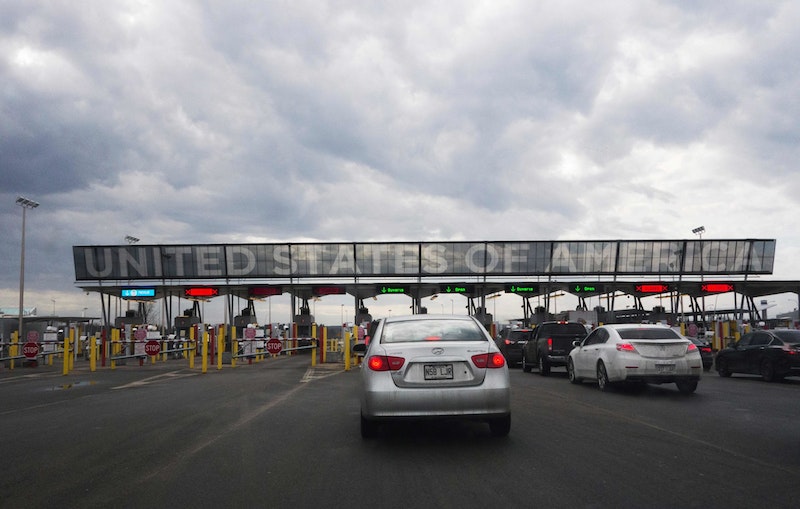 You're probably aware that the Constitution’s Fourth Amendment prohibits "unreasonable searches and seizures,” but did you know that if you're stopped at one of the checkpoints that the Border Patrol's allowed to set up within 100 miles of the border—a legal abuse of power—you don't have to answer any of the questions asked? The only thing they're legally allowed to do is to stop you and look inside your vehicle windows for something illegal. But they won't tell you that.

There's a small group of individuals who aren't so compliant. They resist when forced to stop for an immigration check far from the border, and film the encounter to post it on YouTube. You may say they're making a big deal out of nothing, but somebody has to push back or law enforcement will take all the liberties it can grab. In a minor way, these people who are able to stand up to intimidation tactics—that's about all the border patrol has to work with at checkpoints—are heroic. They don't take the easy way out like most of us.

I’ve watched dozens of these videos, and learned plenty about what goes down at questionable checkpoints. If you're forced to stop, the agent will ask you if you're an American citizen. When you refuse to answer, he'll get upset, even though he knows that legally you don't have to answer any questions. At this point, and without having probable cause (Border Patrol agents often claim that refusing to answer their questions makes them suspicious of criminal activity), the officer may tell you he wants to have some dogs sniff around outside of your car. They'll request that you pull your vehicle over to the side to "expedite" that. This is your punishment for insisting upon your constitutional rights, but since remaining silent doesn't provide them with probable cause (legally, they can claim "reasonable suspicion," which is less robust than probable cause) for a search, this is all they can do. If they tell you they have reasonable suspicion ask them to explicitly state why; keep asking until they answer you, and film the conversation, if possible.

Saying you don't want to pull over into the "secondary" area upsets Border Patrol agents even more. They’ll tell you that you're holding up traffic, even though they're the ones doing that by detaining a person without having probable cause. They might try to intimidate you by telling you that if your vehicle "smells like weed" when you come through again, they'll have probable cause to search you next time. But if you hold your ground, they'll let you drive on without having complied to their requests—beyond stopping your vehicle for them—and without answering any questions. Some cops don't want to fight a battle they know they can't win. In other words, they're smart.

But there's another way it could go down. The agent might lie and say he smells weed, as corrupt police officers have done for decades, and then they'll have probable cause to search your car. Make sure you don't have anything illegal in your vehicle, and that your insurance is up to date. In one video I watched, the first two agents to talk to the resistor smelled nothing, but the third one somehow "smelled" weed, meaning the driver forfeited his right to resist. The guy ended up spending the night in jail for having no auto insurance, and they charged him $380 to tow his vehicle.

The above also applies to DUI checkpoints, as long as you haven't been drinking. I've seen guys released immediately after telling police officers at the stops that they don't answer questions. Others were quickly allowed to pass after refusing to say one word, or even roll down their window. Once you roll it down, a dishonest cop can claim to smell alcohol or marijuana, and you've lost your rights. They might threaten to smash your window and drag you out. Even if you give in and step out of your vehicle, they might cuff you. It takes a higher level of commitment to the cause in some areas, so check out your local situation (it varies widely across the nation) before deciding to take a stand. Also, if you're in possession of a firearm, make sure that you bring this to the attention of the cop right away. This can save you from getting shot.

Knowing the law is your best defense against the authorities attempting to curb your constitutional rights for "the greater good." It's also most cops' worst nightmare in a situation where all they have going for them is a badge and a uniform. Remember these words: "Pursuant to the Fifth Amendment, I have the right to remain silent." If enough people refuse to submit, the checkpoints will come to a grinding halt.