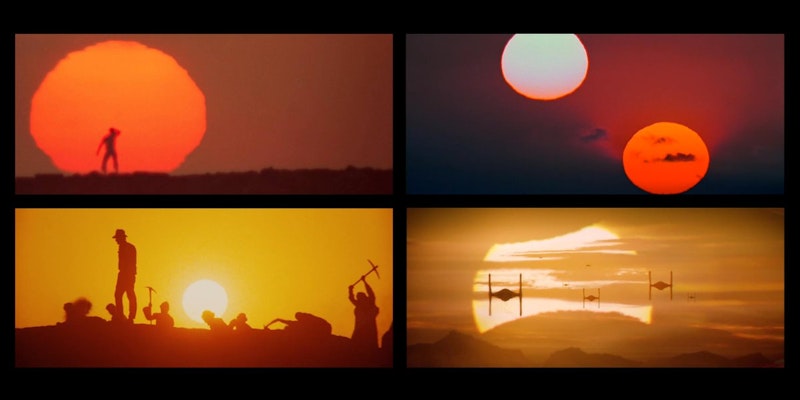 This year marks the 25th anniversary of a film about an old-fashioned Texan who dreams of wandering far from his homeland to find adventure and combat. It’s not a vacationing Ted Cruz, despite him showing flashes of a Bronze Age mindset. I mean the biographical film The Whole Wide World about rural, mother-obsessed, suicidally depressive, and short-lived writer Robert E. Howard, who a century ago created the manly fictional warrior Conan the Barbarian.

By contrast, this year is also the 50th anniversary of George Lucas’ smartest film, the dystopian THX 1138, imagining a society in which capitalism, communism, religion, pornography, and technology—especially routinized pharmaceuticals—have blended to create a hypnotized human race that more closely resembles dull-witted machine parts than, for example, the bold Bronze Age heroes to which The Whole Wide World alludes.

We all hoped humanity would steer a middle course between animalistic barbarism and android sterility, but we still have trouble finding that middle path.

Cruz has powers of flight—and mastery over beasts—that could only be dreamed about by the ancients, but now he’s mocked in the press for leaving his poodle in the care of security guards while jetting to Mexico to get away from the frozen northlands (his wolf-descended creature, Snowflake, will be fine).

Nature-worshippers, meanwhile, are reduced to touting the virtues of embarrassingly frozen-in-place wind turbines during the current crisis, while greens such as (tech mogul) Bill Gates try desperately to remind the public that an undersupply of natural gas, and thus big business, may also be to blame for uncharacteristically cold Texas’s current power shortage (and Bloomberg News stealthily edits a piece blaming green energy projects so that the almost-unchanged passages now blame climate change itself—colder, warmer, whatever).

It’s embarrassing all around but surely adds up to another lesson that the freer individuals are to escape the grid—in multiple senses of “grid”—the better. We don’t want to be enslaved by some primitive tribe any more than Conan did, nor do we all want to be dragged down together like a malfunctioning assembly line—whether by government or a needlessly uniform system of energy production—when disaster strikes. The traditional assurance “We’re all in this together” rarely offers the competitive, experimental array of escape options that is what humanity really needs in a pinch.

Let the neighbor rely on his backyard generator, let several other neighbors collect solar power, and let the modern version of Robert E. Howard go live in the woods and practice his swordsmanship unjudged if that makes him feel more at home. All of those experiments may prove valuable when different sorts of disasters strike. Regardless of which of the forces Lucas warned about in THX 1138 you fear most, they’re all potentially homogenizing menaces. The barbarian and the cow-worshipper should be friends, and they may both be better off walking off the grid before the next system-wide collapse occurs, whatever the nature of that collapse (see: the Soviet Union three decades ago but also the stock market one decade ago).

I say this without wanting to sound as apocalyptic about it all as do some voices ostensibly more mainstream than me. Terrifying U.S. Special Envoy for Climate John Kerry now says we have nine years to save the planet, a surprise given all the times it was purportedly 10 or five years at various points over the past several decades. I doubt he’s right, but I’d be less panicked if our fates hinged on diverse experiments than if we all put our eggs in one basket, as government—and big businesses cozy with government—tends to pressure us to do.

I was extremely skeptical back when a New York Times science writer told me one of her friends was working to make giant windmills efficient at long last by making them oscillate according to subtle quantum-mechanical effects in wind currents—but if that scientist is running his experiments without nabbing innocent taxpayers’ dollars to do it, hey, give it a try. Better that than making Step 1 in the experiment “convincing a near-monopoly public utility company to commit in advance to the system in a big way.” That way lies ass-covering press releases and sweating governors saying things like, “Well, we’re in too deep now to switch to micro black holes for energy—just hire a more charming spokesperson until we figure something out.”

A centralized government farming out energy production to a few licensed, nominally-private companies is no substitute for a full-fledged, free-wheeling free market in off-the-grid, on-the-grid, hidden-from-the-grid, and completely-unrelated-to-any-grids innovations in energy production and distribution, just as a government hiring one winning company to paints its trucks bears very little resemblance to a fully decentralized, diversified travel and transportation industry. When things like Texas’s grid fail, blame homogeneity, not greenness per se or capitalism per se.

The more they try to standardize things, the more THXs quietly fume at their cold work stations, dreaming of becoming Conan.