The Vagueness of "Systemic Racism"

The goal is to dismantle the system and build a new, Marxist-influenced one. 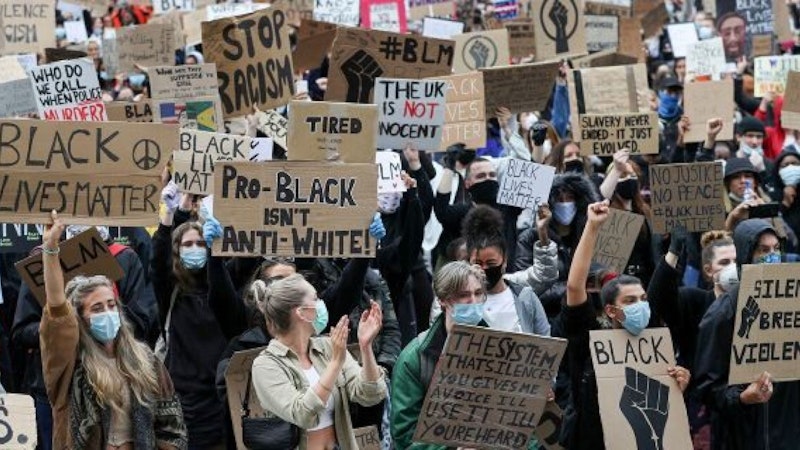 Since George Floyd’s murder in Minneapolis, we've been hearing more about "systemic racism." This isn’t the "racism" most people are familiar with, referring to the idea that one race is superior to another. That usage, tied to individual feelings and prejudices, has become passé on the Left, which likes to redefine the nomenclature periodically for strategic reasons. Systemic racism is not about the individual—it's about the entire system being rigged against people of color. It's a purposely vague term used to explain every disparity of outcome—not opportunity—among minority groups, especially blacks. No alternative explanations are allowed to be entertained, and no white people can claim they're not racists―they're part of the system.

Massachusetts attorney general Maura Healey’s comment on the riots that followed Floyd's death is instructive. “America is burning," she said, "but that’s how forests grow.” In fact, burning forests destroy forests and they take many years to grow back. The state's top law enforcement officer (a Democrat), not some radical from the Seattle autonomous zone, was openly encouraging street protesters to destroy small businesses to achieve societal "growth." The Left's cure for systemic racism is to burn all the institutions down and start over again. With major politicians encouraging anarchic destruction, it's no surprise that protesters have defaced a statue of Ulysses S. Grant in San Francisco and a statue in Minneapolis of an abolitionist who died fighting slavery. A mob destroyed a statue of abolitionist and former slave, Frederick Douglass, on July 5 in Rochester, NY. Few would be surprised if it turns out that leftists did this.

In order to grasp the full context behind the theory of systemic racism, it's a product of Critical Race Theory, just like the dubious concepts of anti-racism, white privilege, whiteness, and white fragility. CRT's core belief is that racism infects every aspect and interaction in American life. CRT adherents are constantly on the prowl for evidence of systemic racism. Using motivated reasoning, they find it everywhere. The question is never whether or not racism occured; rather, it's how did racism manifest on this occasion? Sometimes things get ludicrous, like when a woman on Twitter complained.

about white people trying to help out by buying from black-owned businesses. Owners of those businesses had to work overtime to meet the added demand. “Somehow,” she tweeted, “we are still the ones doing the most work and end up exhausted.” This is a victimhood mentality in the extreme.

It's helpful to look at a clear-cut example of systemic racism to establish exactly what it looks like. The practice known as "redlining" is a case in point. Banks were once blatant about writing red lines underneath black loan applicants’ names because they lived in black neighborhoods, and then denying them loans. At the same time, they were approving loans to white people with the exact same financial situation because they lived in white neighborhoods. Racism doesn't get any more systemic than this—you could point to the red lines as proof. It was an organized effort, not the product of various prejudiced loan officers. The end result was a concentration of black people in inner-city ghettos.

Compare that with a study that found that job applicants with white-sounding names get called back for interviews about 50 percent more than applicants with black-sounding names, even when they have identical resumes. This has been cited as an example of systemic racism, but if it happens it's due to the prejudices of individual hiring managers who should be trained to lose their biases. Does anyone believe that, at a time when corporations are obsessed with diversity, executives are instructing their subordinates to draw red lines under names that sound black? Do groups of managers conspire behind closed doors to ensure that these callbacks don't happen?

A June article in Business Insider that lists 25 examples of blacks lagging behind whites is a good example of the lack of rigorous analysis that's often applied to the topic of systemic racism. Repeatedly, disparate outcomes are taken as prima facie evidence that systemic racism is to blame. The article says that black Americans earned 42 percent less than whites did in 2018, and this is presented as a case of systemic racism. But not one fact is produced to support this assertion (the same with the other 24 examples), as if there couldn't possibly be another explanation. There are other factors involved. It wasn't until relatively recently that blacks had a shot at the jobs that white people had previously monopolized. Black people have yet to overcome the cumulative damage of oppression, and that's reflected in the lingering income disparity. Systemic racism in the present time doesn’t account for the entirety of that 42 percent figure, which is a lagging indicator of unacceptable conditions in the past. Moreover, household income for the average black family increased 42.8 percent between 1968 and 2018. Trends such as this are often overlooked in discussions of systemic racism in favor of "snapshot" data lacking historical context.

Systemic racism exists, but the overzealousness of Critical Race Theory and its dominance over the study of racism clouds the issue. Activist scholars are not doing black people any favors by discounting critical thinking and telling them they're helpless victims caught in a system in which they can’t win.