New York City’s currently on the skids, but it’ll come back in a different form. It always does. 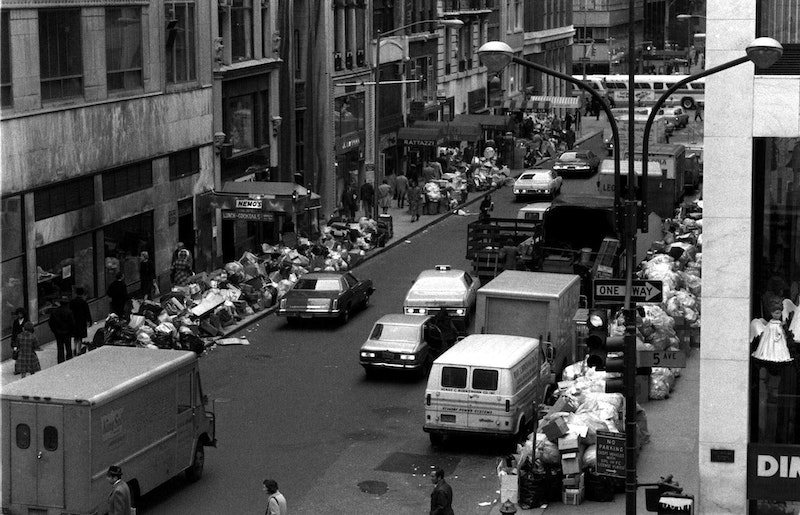 It’s difficult to pass a day without seeing, in newspapers and websites of varying repute, a story detailing how American cities are finished after the pandemic, protests/riots, much higher crime and unemployment have left them in tatters. I happen to believe this common assessment is overly apocalyptic—in New York City’s case, at the least, it’ll remain a destination for an entire wave of newcomers, young men and women who, like previous generations, are driven by the city’s allure, tarnished as that may be currently—even staring at examples of urban flight.

My longtime friend Michael Gentile (he worked with me at Baltimore’s City Paper and New York Press) has resided in Manhattan since 1988. On Monday, for Splice Today, he offered a bleak picture of the city, recalling the days before Rudy Giuliani’s mayoral regime (Giuliani was a vindictive leader who nonetheless began a campaign to make NYC antiseptic, which meant turning Times Square into a clean, tourist-friendly area, taking measures to reduce crime, fix potholes, replace missing street lights, a program that was continued by his successor Michael Bloomberg), when smart New Yorkers walked fast and often in the middle of the street to avoid trouble. I hated the disappearance of the New York City of my youth, but certainly didn’t complain about increased safety.

Michael told me in an email: “There’s a LOT more violent crime and that’ll keep people away. No surprise that the NYPD’s morale is the lowest in my memory. They’re attacked by everyone, sometimes justified, sometimes not. Street cleaning’s been cut back, overflowing trash bins in parks are now a fixture and the empty storefronts give the impression of ghost town. Tourism’s dead. Rats are everywhere, and who knows how the city’s government will handle ‘Phase 26,’ when bars, movie theaters and concert venues tenuously open up.”

Peter Koper, another old friend and writer, was more optimistic. He doesn’t miss the tourists or fly-through students who were housed, courtesy of their parents, in expensive studio apartments, and also noted that the media is Manhattan-centric, largely ignoring the other five boroughs. Peter also told me that from his perch he doesn’t see plummeting rents and that personal crime was “way, way worse in the crackhead 1980s. He added: “The Bowery has gotten a larger congregation of Untouchables. They gather to get meals and clothes from the Bowery Mission. But it’s just the Bowery reverting to… the Bowery. William Burroughs would feel comfortable here again. Nothing like a crowd of Untouchables to stop gentrification.”

I should add that both Peter and Michael sensibly qualified their comments with a giant “Who knows?”

Individuals and corporations (in advertisements that now exploit the BLM movement) bandy about the now-cliché “In these uncertain times” (a catch-all that’s as insincere as a “Thank you for your service” upon seeing a member of the military), and while I’ve no idea what the continuing ramifications of COVID-19, lockdown fever and continuing protests portend for the rest of this year, one thing is certain: no matter who wins the presidential election, taxes will skyrocket federally (the bill for the stimulus programs coming due) and locally. States like New York, California and New Jersey, which already have punitive local tax rates, will hike them more as the tax base shrinks. And the money won’t just come from the rich, as Democrats and Republicans won’t admit: everyone but the indigent and unemployed will be dunned at a higher rate. I suspect that once the pandemic calms down in Florida and Texas, the migration to those two huge states will increase even more.

In a June 21 editorial, The Wall Street Journal concluded an editorial headlined, “The New Urban Flight”: “Big-city progressive politicians have long treated businesses and taxpayers like ATMs to finance their public-union machines. But the pandemic has shown companies and employees that they can prosper working remotely. If this new urban exodus continues, cities like San Francisco, New York and Chicago are in for a rude financial awakening.” The writer also notes that Donald Trump’s anti-immigration policies have also resulted in a tick down in city populations, but consider that just a minor factor in people fleeing to the suburbs and rural areas.

Currently, that’s hard to argue with. And as one of my older friends reminded me, the riots in the 1960s emptied out the cities, and the full economic bleakness didn’t fully materialize, particularly in New York, until the mid-70s, a lost decade financially not only for the country as a whole, but urban centers especially.

Yet there was an urban renaissance that was evident as the decade turned over to the 1980s. I believe something similar will occur not so long from now, although in what form, and what specific economic engine, I can’t put my finger on yet. But I’m sure of this: all over America right now, there are 17- and 18-year-old men and women who are entrepreneurially minded and will take their dreams to New York or San Francisco and leave the suburbs or cities like Cleveland, Richmond and Denver. Once cities recover from the pandemic, rent will be less forbidding, both in residential and commercial buildings, and that will give an opportunity to people who’d otherwise be shut out from opening a restaurant, entertainment venue or tech enterprise.

Just five years after New York was on the precipice of bankruptcy in 1975—how close it was is a matter of debate, since government obfuscated on facts just as much then as now—one of my brothers and his wife pulled up stakes in Rochester, NY and moved to the city. By 1980, the unscrupulous practices of landlords had returned with demand, and he had to pay a key fee in addition to the then-exorbitant $800/mo. rent for a fifth floor tiny walk-up on Elizabeth St. in what’s now called Nolita.

After arriving late at night in their new, and dodgy neighborhood, they woke up the next morning to find their pick-up truck vandalized. But change was on the horizon. It wasn’t yet the “go-go” 1990s, but young people were rehabbing lofts in Soho and Tribeca on the cheap and building new neighborhoods. By the time I moved to Tribeca in 1987, I was considered a “newcomer” by the polite; “yuppie scum” by the embittered artists and musicians who were “pioneers.”

Unless you believe the United States is rushing into second-world territory, it’s inevitable that great cities like New York and San Francisco will roll with the setbacks and return at some point in a magnificent fury of commerce, innovation and entire new industries we just can’t envision yet.