The Soul of America

Have we not done enough to assassinate the character of America? 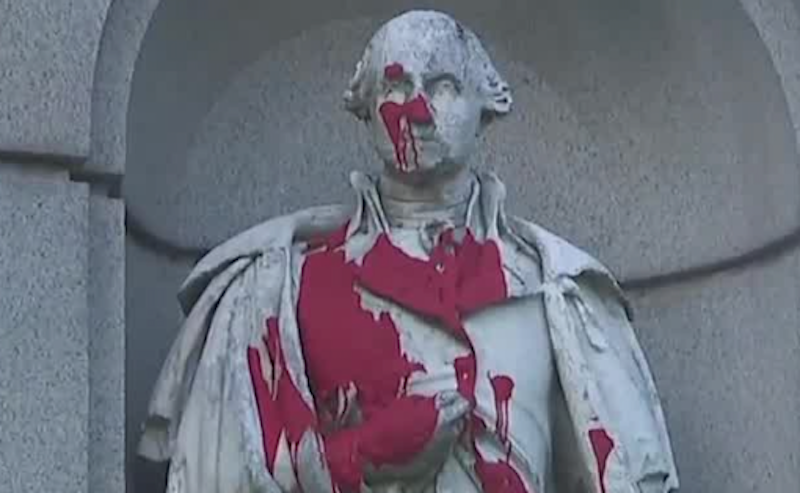 Better, therefore, to free the soul than bury it in a sea of filth, in a harbor of hatred, outside a city of lawlessness. Better to avoid a repeat of what happened in Baltimore during the Fourth of July, when vandals toppled a statue of Christopher Columbus and threw it into the Inner Harbor. Better to let the soul rest among the ruins of a civic temple, where vines layer veins in marble and tendrils act as tourniquets, severing the limbs of a likeness of Washington or beheading a sculpture of Lincoln. Better to let the soul leave in silence.

Better to hold a moment of silence, so we may lower our heads and quiet our voices, allowing the soul to depart in a daybreak of dignity rather than forcing it to flee in darkness. Decency demands no less, and the soul deserves much more, after years of upheaval and days of rage. Have we not done enough to assassinate the character of America? Must we inflict further cruelty upon the soul of America?

To those who think the retreat of the soul will slake the bloodthirst of the mob, think again. The mob hungers for the annihilation of the soul; the mob refuses to dine on the body politic alone, because if the soul lives—if it eludes and frustrates the mob—hope endures. This, the promise of redemption, the mob can’t accept.

All other matters, from the denial of history to the proposition that American history is nothing more than a long, lamentable catalog of human crime, yield to the fierce urgency of the mob. All other efforts to efface history, from smashing the icons of our devotion to dishonoring the bravery of our war dead, yield to the gruesome logic of the mob.

Logic dictates that witnesses to the worst crimes in recent history are a threat to the mob’s campaign to distort history. Logic also dictates that the mob will use dictatorial means for dictatorial ends, intimidating the fearful, imprisoning the honest, and issuing orders to kill the fearless; because the mob knows—the collective understands—that a man who’d lay down his life for his brothers in blood or his band of brothers in arms will not bow down to tyrants.

So long as the mob plans for evil and not welfare, so long as the mob does evil in the name of promoting the general welfare, the good will support and defend America against all enemies, foreign and domestic.

So long as men believe in the last best hope of earth, the soul of America will survive. So long as hope itself survives, the soul will prevail.