Facts don't matter when all that counts is the narrative. 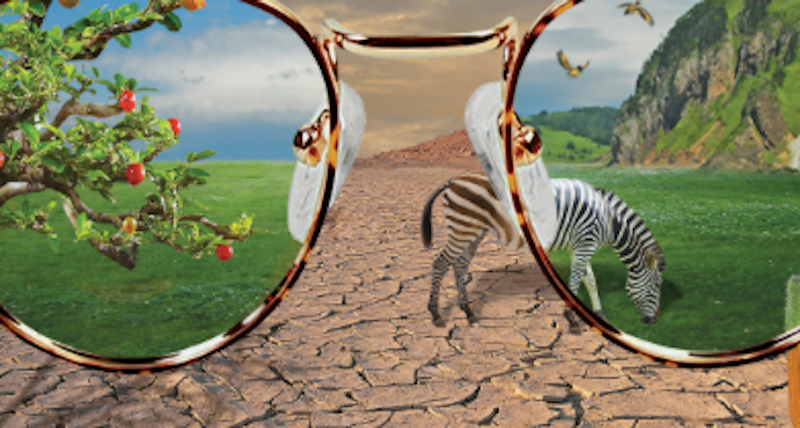 Monday, August 9 marked the seventh anniversary of Michael Brown's death at the hands of Ferguson, Missouri police officer Darren Wilson. It's hard to forget the outpouring of grief and anger in the aftermath of this shooting, in particular the ubiquitous "hands up, don't shoot" meme that was amplified by a number of celebrities and high-profile professional athletes, and many more who relied on false media accounts of the events ensuing after Brown was filmed strong-arming his way out of Ferguson Market and Liquor after grabbing a handful of cigarillos.

But Brown, rather than raising his hands in surrender, tried to take officer Wilson's gun away from him, which is why he died. The Washington Post put it succinctly —"'hands up don't shoot' was built on a lie." The U.S. Department of Justice, after an extensive investigation, exonerated Darren Wilson. In a letter announcing that finding, then-Attorney General Eric Holder wrote that Darren Wilson had used justifiable force.

The fact that millions of Americans still buy the false narrative that Brown was a martyr to the cause of police violence against black men can be attributed to a concept called "poetic truth," a rhetorical device, derived from the concept of poetic license, that bends the truth surrounding a particular incident to dovetail with a larger, popular story. The poetic truth in Quentin Tarantino's Once Upon a Time in Hollywood was that several Manson Family members were killed by people they were aiming to kill, which gave viewers—including myself—a sense of satisfaction. In other words, poetic truth is fiction that makes people feel good. And once that false, poetic truth is established, no facts will ever make it go away.

The poetic truth about Amy Cooper, the infamous "Karen" who called the police on a nature-loving, black birdwatcher last year in Central Park, is that she's a hardcore racist who became hysterical because a black man had asked her politely to leash her dog. Cooper told him she was going to call the police "and tell them there's an African-American man threatening my life," which isn't a choice of words to be proud of, but shouldn't have ended life as she knew it. In her 911 call, Cooper didn't say that Christian Cooper, who had a history of confrontations with dog people in Central Park, was threatening her life—she just said he was threatening her and her dog, which was a credible perception.

Cooper wrote on Facebook that he'd said to his adversary, "Look, if you're going to do what you want, I'm going to do what I want, but you're not going to like it." After saying this, he proceeded to try to entice the dog to come to him while holding up a bike helmet in a manner Cooper found threatening. When a woman's alone with a large man in the most remote section of Central Park—the "Ramble," so secluded that it's a gay cruising destination at night—and he says he's going to do something she doesn't like, how is she not going to fear for her safety, especially when she's already experienced a sexual assault in the past? NYC's often simple-minded Mayor Bill de Blasio, unconcerned with such feminist considerations (only in this case), said Cooper's behavior was "racism, plain and simple." The media, of course, pushed that angle hard from day one, instead of doing their job and digging into the matter.

Cooper recently told former New York Times columnist Bari Weiss on Weiss's podcast, Honestly, that Cooper was being very "dominant" towards her until he started recording their incident, after which he repeatedly appealed to her, in a plaintive voice, to not come any closer to him. I find this a credible assertion, and it makes no sense that a man who was trying to lure a woman's dog away from her would act scared when she approached him.

New York City D.A. Cyrus Vance Jr., who once dropped a potential felony fraud case against Ivanka and Donald Trump Jr. under sketchy circumstances, charged Cooper with falsely reporting an incident, but it was only his phony charge that was false. The George Floyd controversy was underway, and the D.A. caved to the implied threat by the mob. Only after Cooper submitted to five "psychoeducation" sessions—i.e. state-run brainwashing—did he drop the charges. Mao Zedong would've approved.

One reason that the poetic truth never gets replaced by the actual truth when the facts get out is because of shameless politicians like Kamala Harris and Elizabeth Warren continue to claim, even after the Obama administration's DOJ found otherwise, that a cop "murdered" Michael Brown. Given that Harris used to be the top law enforcement official in California and Warren's history as a Harvard Law School professor, one can only conclude that they are both lying for political reasons. Obama himself supported his DOJ's ruling on the matter.

The media, of course, is complicit. NBC News reacted to Amy Cooper's comments on the Bari Weiss podcast with an article advocating for Christian Cooper. The piece states that he carries treats with him to get owners to leash their dogs, because they don't want their dog eating treats from a stranger. From an outlet that claims to defend feminism, it's odd that there's no mention of his direct threat to her and her dog, and how that might panic a vulnerable woman. NBC also failed to include the fact that Amy Cooper now lives in hiding abroad because it and the rest of the media hyped a short video that never should've gone national without providing a speck of context.

Welcome to the progressive era of poetic truth, where fiction trumps fact because the facts are too inconvenient.