The Positive Part of Trump’s Victory

He broke all the little rules of political communication. 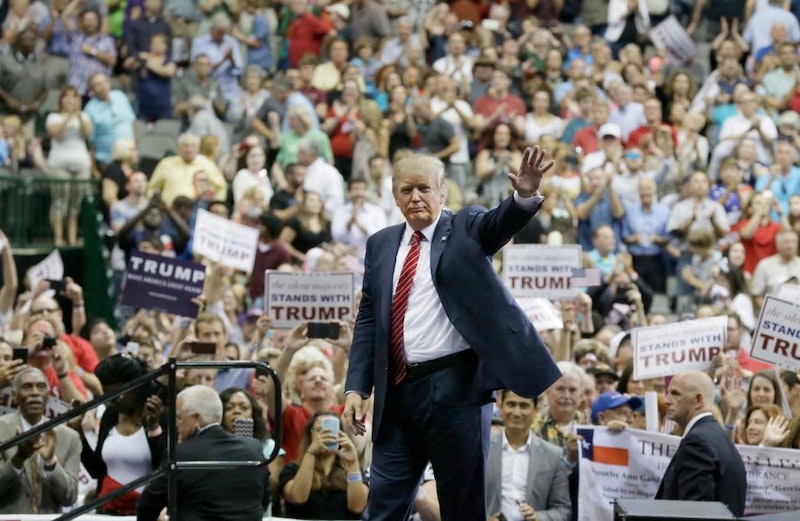 One thing I’d like to think about this election is that it shows the American electorate is not fully controllable under strategic communications. This year, there was nothing to punditry but consultancy, nothing to consultancy but demographic analysis, no use of demographics but to deploy little code words, driving you as a person to behave in a certain way. This is a vision of human beings as mechanical or software systems where you can control the output if you control the input.

The incomprehension of the media and the culture in which it’s embedded has just been stunning. For example, they replaced the accounts Trump voters gave of themselves with the accounts that other people like themselves were giving. For the whole cycle, and still right now this morning, “anger and resentment” were given as some kind of explanation. Also, simultaneously, a condemnation. The New York Times and CNN were completely confused throughout as between their facts and values, the facts and their wishes, the facts and the consensus of people like them. That's how they also confused what they wished America was with what it actually is.

I spent the last week driving from New Orleans to Gettysburg, PA. Man, you could feel the Trumpswell. We stopped for a couple of days in the working-class resort town of Galtinburg, TN. There were tens of thousands of people, plates of every state; the Trump vibe was everywhere, and it had an effervescent, hopeful quality. Perhaps America can be great again, etc. It was the same at the polls out here in very rural central PA: more people than anyone could believe were at the Latimore Township building, kind of grinning and laughing and enjoying the sunny day. None of the grumbling I heard from the Romney supporters four years ago in the short line.

One of the many hyper-primitive aspects of political or advertising strategy is the notion that sheer optimism or pessimism, or sheer anger or hope, is an agent or explanation or a motivation. So then you can use phraseology to trigger people's hope or resentment. In fact, you could just say “hope” all the time and things will get better and people will think well of you. Not unless they're idiots. It depends on what you're hoping for, does it not? There are going to be a lot of angry progressives out here. That doesn't make them wrong or foreshadow continued political setbacks: quite the reverse, I believe.

Anyway, liberals just engaged in an endless round of self-congratulation through other-vilification this year. That was plenty to get them supporting an incredibly inept politician—Hillary Clinton—who’s a straightforward representative of the oligarchy. There’s a price to be paid for losing touch with reality, which is not something that’s constructed by agreement within your social set.

The good part is that Trump broke all the little mechanical rules of political communication. Now use that opening to say things that are true.