The Party of Dormammu 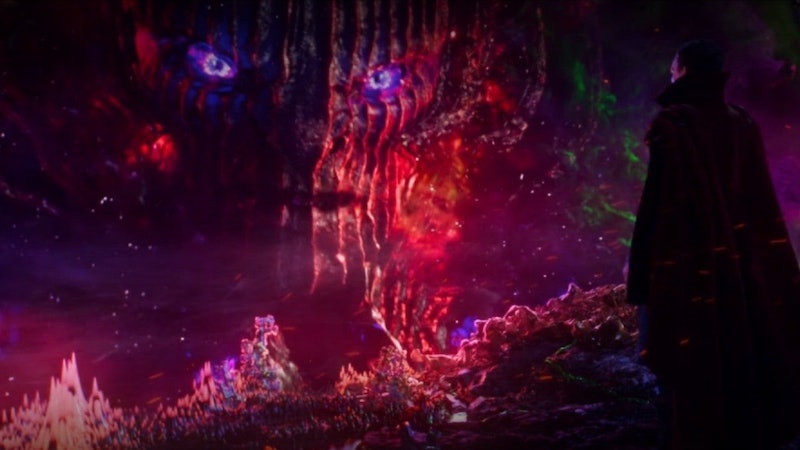 Back in 2006, I debated editorial writer Robert A. George on the question “Should superheroes have to register with the government?” This was part of a then-monthly lower-Manhattan colloquium, Debates at Lolita Bar, organized by Splice Today contributor Todd Seavey. I argued the affirmative, drawing on Marvel Comics storylines, mostly 1970s vintage, to demand those endowed with great power and responsibility fill out some modest paperwork to aid accountability. But the largely libertarian crowd didn’t heed my warnings about small-government dogma masking abuse of authority, and George hulk-jumped to a landslide vote.

Watching the impeachment drama play out in recent days, my thoughts turn to the infernal. My former party, the Republicans, can be usefully understood in terms of a classification system developed in Marvel Comics to distinguish among different types of demons. These supernatural and mystical beings, though lumped together by the untrained eye, fall into three broad categories: class one, fallen elder gods; class two, hell-lords; and class three, extra-dimensional entities, of which the most notorious is Dormammu, aka the Dread One, the Lord of Chaos, the Great Enigma, Lord of the Dark Dimension and Keeper of the Mindless Ones.

The class one elder gods are notable for holding principles significant in primordial times but all but forgotten today, a category that correlates with the Republican Party as it existed through most of the 20th century. The class two hell-lords are exemplified by Mephisto, whose name and appearance evoke traditional conceptions of Satan. There is no consensus as to when the GOP became dominated by hell-lords—possibly in the 1994 congressional elections or during the Tea Party’s prominence. While the Party became more ideological and aggressive, it retained some adherence to its traditional practices and doctrines; it was, in a sense, “the devil you know.”

The class three demons, from other dimensions, are utterly alien. Their evil comes in forms long seen as impossible, as beyond our experience, our norms, our laws. The Republicans running against Trump in the 2016 primaries couldn’t grasp, let alone fend off, the extra-dimensional assault they were facing. Similarly, in one Marvel storyline, Dormammu launched a war against the hell-lords, taking over their stygian realms one by one. The difference was that in the comic books, Mephisto and the other hell-lords banded together to combat the threat.

In our world, the extra-dimensional malevolence gained a foothold in 2016, winning first the nomination and then the general election. Some people thought the traditional hell-lords would keep Dormammu in check. But remember, he’s Lord of Chaos and, no less important, Keeper of the Mindless Ones, who watch Fox News. With the Senate’s sham impeachment trial, the last reaches of the traditional Republican hellscape finally collapsed into the Dark Dimension.

The comparison I make is imperfect. Dormammu is a bearer of profound arcane knowledge; not an ignoramus whose consciousness is focused solely on his own narrowly defined, short-term needs. When Dormammu first appeared—in issues 126 and 127 of Strange Tales in 1964—he did battle with Dr. Strange but then turned his attention to protecting denizens of the Dark Dimension. When has Trump ever put anyone else’s needs before his own gratification?

Still, I’m haunted by the scene in the 2016 Doctor Strange movie when the hero repeatedly comes to the Dark Dimension, trapping the Dread One in a time loop. “Dormammu, I’ve come to bargain,” says Dr. Strange, after his own repeated death, an unknown number of times, until finally the Lord of Chaos has met his match. Dr. Strange began as an arrogant, glib professional entranced by his own image, but he was humbled and became a master of sorcery. If Adam Schiff is like Dr. Strange, then impeachment is a time loop that shall soon begin again.