Doom, division and decay in the UK’s off-shore tax haven. 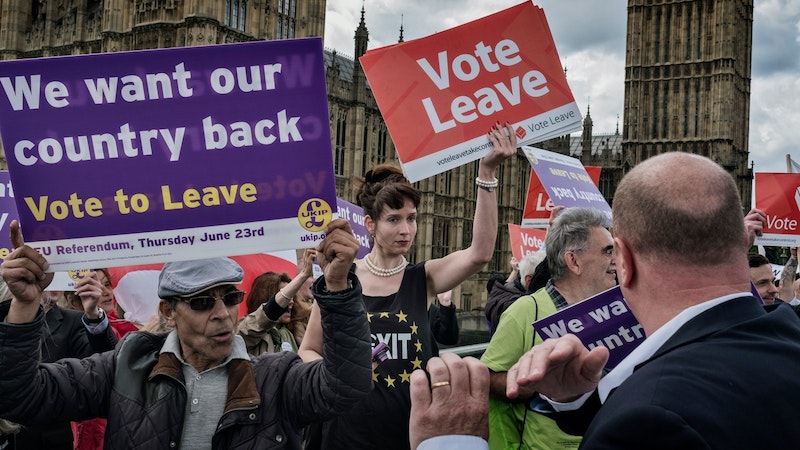 So that’s it! Britain has left the EU.

After the interminable debates in the media and the chambers of the Houses of Parliament; after the almost permanent protests on the pavement outside; after the endless posts on social media, the bad temper and the insults, the deed’s been done, the documents have been signed, and we’re out of the EU at last.

Our MEPs are coming home. It’s the end of the gravy train for them. No more bottomless expense accounts. No more free lunches. No more European jollies in the City on the Marsh. I can’t say that I’m all that excited. Although I voted to leave—for good, old-fashioned socialist reasons (the EU is a rich man’s club)—I’ve no reason to celebrate the form that Brexit is now likely to take.

Already there are speculators placing bets on the collapse of British Industry. The privately-educated Toffs who run the country have their money tucked away in off-shore accounts. It’s fairly clear that their view of Brexit is that Britain should now become the money-laundering capital of the World, with the added benefit of a captive population of desperate labor ripe for exploitation.

I fear for my country.

Food banks are on the rise. At least three million food parcels were handed out in 2018-19. One in 50 families were forced into poverty. Homelessness is on the rise. 32,220 households were deemed to be homeless between April and June 2019, an increase of 23 percent on the previous year. Inequality is on the rise. The richest 1000 people in the UK have increased their wealth by 183 percent in the last 10 years.

There are beggars in every town.

In the North the shops are boarded up and industry has long since fled. There’s nothing left to do for the youth but to smoke skunk and inhale laughing gas. Meanwhile, London’s in the midst of a property boom. Multi-billion pound complexes are springing up like Lego-brick fortresses along the banks of the Thames, while the poor are being culled. You think that Grenfell Tower was an accident? Wrong. It was a symptom of a city that scorns its own inhabitants.

There’s an army of low-paid workers commuting in at dawn every day to do the menial tasks that keep the motors turning. The sky is full of cranes. Supercars squeal through the fashionable streets, with nowhere to race but from one traffic light to the next, with no other purpose than to show off to the neighbors. Saudi billionaires are digging beneath the foundations of suburban avenues in order to accommodate their home cinemas and indoor swimming pools, wine cellars and personal gyms.

Russian oligarchs are buying up football clubs and newspapers.

Our trade union rights are up for sale, our labor laws and consumer protections subject to future trade deals. In place of the welfare state we’ll have lottery funding. In place of education we will have reality TV. We’ll eat chlorinated chicken and hormone-enhanced beef.

But at least we will have our country back.