How Trump could make the most of the Senate verdict. 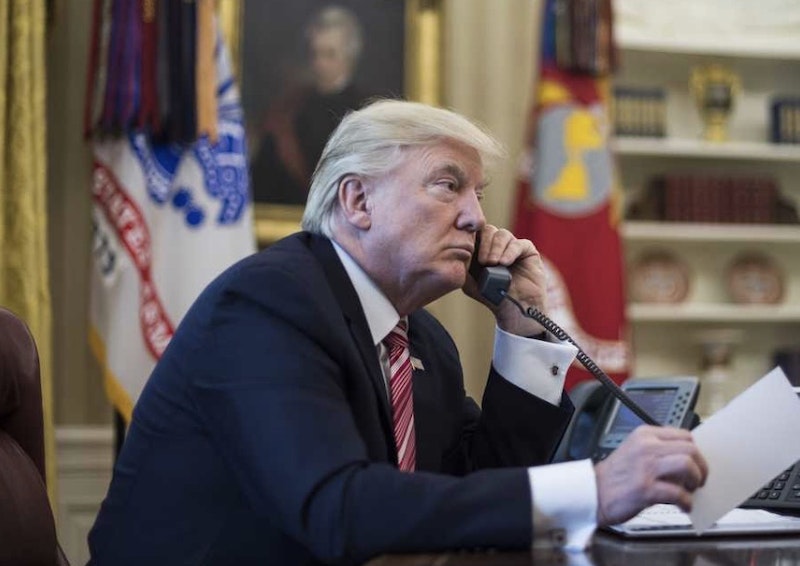 Rand Paul, virtually the only morally acceptable member of Congress, may have thought that by naming Eric Ciaramella as one of the apparent intel-sector plotters behind the impeachment case against Trump, he was ending a juvenile farce. Half the world has been pretending they don’t know Ciaramella’s name already while the other half has been openly talking about him for at least three months now, as one likely “whistleblower” out to derail Trump’s inquiries about Ukraine corruption.

For his trouble, Paul is implausibly accused of making a de facto death threat against Ciaramella by naming him, and the increasingly totalitarian Twitter left calls for Paul’s arrest. Luckily, most of this should be moot after a Wednesday vote to acquit Trump. But that doesn’t mean that Trump should now just crow about being “exonerated” and move on, nor that he should waste time in petty vengeance against those who favored his removal from office.

If Trump really wants to redeem his phone-call pressure on Ukraine, he must continue the investigation that he claims motivated his questions to the Ukrainian government. Nothing could render the people scrambling to denounce or impeach him more ridiculous, more defeated, in the eyes of the world than if the whole seamy universe of illicit energy-cronyism and weapons-cronyism, in Ukraine and points beyond, were now laid bare and people spent the next several years saying Trump was ahead of the curve on those issues.

That would certainly be a morally superior response to, say, Trump behaving as if none of those issues ever mattered—as if Biden ceases to be of moral and legal interest if the shadowy Iowa caucus augurs his failure to secure the Democratic nomination and thus his electoral irrelevance.

And let no intellectually consistent, honest person claim further conspiratorial Ukraine inquiries would demean the Senate proceedings we’ve just seen, since those proceedings already led to Democrat closing arguments quoting Harry Potter mentor Dumbledore, not to mention to Adam Schiff warning that Trump might one day sell Alaska to the Russians. (And in fairness to the Russians, if Schiff is going to issue such wild, paranoid warnings, he could at least have acknowledged history by admitting this would only constitute selling Alaska back to Russia after a 153-year hiatus.) Raising troubling questions about arms and energy would be a step up.

Just as the impeachment timing seemed calculated more to protect that energy—and weapons-trading than to protect democratic processes, the timing with which people such as Ciaramella have made behind the scenes anti-Trump efforts suggests Trump may be seen as a threat to certain parts of the intel and defense industries. William Kristol was hardly helping to maintain a cloak of apparent objectivity around that faction’s thinking when, after decades of nominally-conservative punditry, he picked the issue of whether to call witnesses in Trump’s impeachment trial as the time, at long last, to declare “We are all Democrats now.”

As with Bolton, we here get a hint, as if we didn’t already know, which programs are sacred to Kristol, which ones create red lines for him.

Certainly, Kristol has long made genuine conservatives, not to mention libertarians, feel as if everyone’s a Democrat now, or at least as if nearly everyone in the world is part of the Democrat establishment, Kristol very much included. In fact, between Kristol’s lackluster stint on The New York Times op-ed pages and his appearance on a panel at the anti-libertarian Niskanen Center about how best to help the safe, acceptable “center-right” bounce back after Trump, Kristol is a bland living symbol, much like David Brooks, of how little remains of conservative principles after they’ve been ground into a centrist paste acceptable to the media and political establishment—but especially to the defense and intel sectors.

Boy, does he love defense spending and arms shipments. So does Bolton, even if Bolton denies technically being a “neoconservative,” as I called him last week, using the term broadly enough to include hawks (such as Kristol or George W. Bush) too globe-trotting in their military aims to recognize that they’ve left their ostensible nationalism far behind, strewn in the ruins of many a global military escapade. You can say you’re urging people to fight for the parochial causes of home and hearth -- not for, say, the United Nations—but the dead soldiers tend to end up lying just as far away as if they were consciously policing the world, having fought for comparably mysterious, alien causes.

You know, in short, you’ve bumped into the big, boring, expensive, bloody knot at the center of the U.S. political spectrum—the event-attending, principles-ignoring, taxpayer-dollar-spending welfare-warfare state, which is almost as indifferent to right and left as it is to right and wrong—when you see William Kristol has arrived on the scene.

When the Trump trial exits the Senate, the establishment will ask you to stay on Trump’s trail like a bloodhound. Try staying on the war machine’s trail instead, even though it will surely lead across many oceans, many industries, and many congressional offices of both parties.