The Other Supreme Court Vacancy

Both sides will say anything, but that's because both sides are so committed. 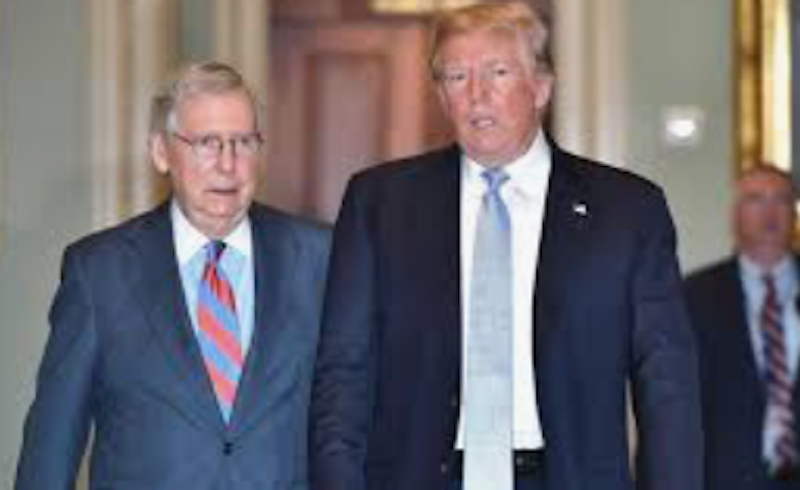 One thing I propose to ignore: the debate over whether Supreme Court justices should be nominated in an election year. No one's position on that matter is sincere or useful, and only a sap takes the yapping of Mitch McConnell or Chuck Schumer seriously. You might notice that they just switched positions entirely: Schumer now proposes that no-nominations-in-an-election-year is a matter of principle, or a well-recognized norm, or as Sen. Mazie Hirono (D-HI) claimed to CNN, a matter of the “rule of law.” Not hardly. Biden's flip-flop was flat as a flounder's: "That is the position that the Republican Senate took in 2016," he said of a position that he rejected with all the passion of a great heart at the time. "That is the position the Senate must take now."

In 2016, the Republicans declared no-nominations-in-an-election-year a basic principle of democracy: we must let the people decide, said Lindsey Graham and approximately 53 other Senators, over and over. But the people elected Barack Obama president, declared the Democrats, and the Constitution obliges him to nominate Supreme Court justices. The positions have been word-for-word party-reversed now. That's not an argument, with some sort of cognitive or empirical upshot; it's just manipulative whining on both sides, amounting to mere noise: the other Supreme Court vacancy, we might say.

Obviously, McConnell was going to switch his position on this. You knew that; if you were Schumer, Hirono, and co., you said it, over and over again. McConnell would do anything, and certainly engage in various procedural maneuvers and disingenuous justifications of them, to get his justices on the Court and prevent Democrats from getting theirs. The Democrats knew he wasn’t sincere; we all did; he was practically winking about it and is practically winking again now as he produces the thinnest of pretexts for his reversal.

Whether Supreme Court nominations should be made in an election year is not a constitutional or legal issue, and it’s also not likely to be an electoral issue, because on some level everyone understands that any of these people would take any position on such matters that they thought would help get them a justice or prevent the other side from obtaining one.

How's that for both-sides-ism? They ream you for that on Twitter. But sometimes these partisan pinheads almost consciously make themselves into mirror images of one another, justifying their tactics by the fact that the people on the other side have done or are doing or would do the same. If they're just imitating one another as they emit words to no effect, “a pox on both your houses” is the only decent response. However, I’d like to go both-sides-ist in a more generous way as well.

I think that the desperation of both or all sides to control the Court emerges from principled commitments, which really are at stake in the Court's decisions. The Court's rulings affect matters that lie right at the heart of people's moral, political, and economic lives. Whether a woman can control her own body and make her own decisions about whether to have children, for example, or whether human life itself has some sort of ultimate value. Whether it’s permissible to discriminate against people over their sexual or gender identity or whether the individual rights guaranteed in the Constitution will be superseded by the rights of oppressed groups. Whether Obamacare's individual mandate or controls on political advertising or over the benefits religious organizations must provide their employees are constitutional.

These are matters in which many of us have various direct personal stakes, and which shape our political processes and government institutions profoundly, in every period. And they are matters on which people have fundamental commitments, the sort of commitments (to women's equality or to human life, for example) that often appear to override various other moral matters, or in comparison to which other things tend to pale. Fundamentally, I think both sides are sincere, that their urgency arises from real moral intuitions that are central to their identity.

Also I think people are right to be strongly engaged. If the decisions go against your side, you’re likely to be directly taxed in order to support activities you find morally repulsive: discriminatory institutions, for example, or pervasive government surveillance, or mass incarceration, or partial-birth abortion. In many cases, you’ll be morally compromised by a court that disagrees with you.

It's precisely the reality and profundity of the stakes that make questions of tactics seem entirely malleable; or trivial. Saying something misleading, or misrepresenting your own motivations: these seem hardly real in comparison with the moral urgency of the goals. That's one reason that people on the right have for a long time been willing to sacrifice a lot to affect the Court: this line of thought can get an evangelical Christian to hold her nose and vote for Trump, for example, which is why Trump is already playing the nomination for all it's worth. And it's one reason the Democrats are contemplating desperate measures that will lead to a decades-long nuclear exchange: ending the filibuster and packing the Court, as Schumer has threatened in response to Trump's alleged violation of the norm that McConnell made up in 2016.

What they're willing to do shows how serious the commitments are underneath, which is admirable in its way; peace on both your houses, really. I just wish the debate was more honest, with less noise, and people were able to squarely express their real motivations, and how far they are willing to go to realize them. I wish people would think a bit differently about means and ends: maybe lying all the time for a good end compromises the actual results as it corrupts the people involved.