Joe Biden's emphasis on "empathy" is empty and misguided. Empathy feeds into tribalism and polarization. 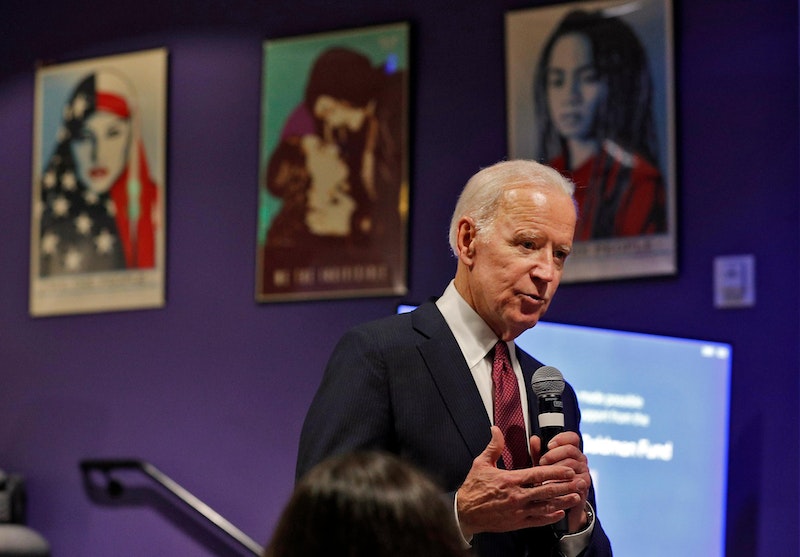 The Forbes headline read, "How Empathy Defines Joe Biden." Slate's was “Joe Biden Is The Empathy Candidate." Time referred to Joe Biden's "empathy offensive." The consensus is in—Joe Biden is a man of great empathy, which is just what an empathy-starved nation needs. Among Democrats, the idea that empathy should play a big role in politics is axiomatic. Good people are for empathy, and Republicans are against it. This might make the Democrats feel virtuous about themselves, but they should research empathy and politics. It's a paradigm shifter.

In a recent satirical piece for The New Yorker, Andy Borowitz wrote, "Donald J. Trump on Friday said that Joe Biden’s pro-empathy speech at the Democratic National Convention was 'deeply offensive” to the nation’s sociopaths.'" That sums up the Democratic attitude. But in the past 20 years, psychologists and neurologists have studied how empathy actually works in human brains and hearts, although their findings haven’t yet made it into the mainstream. That's why, if you suggest to a Democrat that empathy and politics are not a good mix, they'll shake their head. The Democrats' empathy is selective; it's reserved for their own team, though they may not admit it. Empathizing with the other team isn’t considered respectable. Calling all Republicans racists and fascists dehumanizes them, making them ineligible for empathy. This sort of selective empathy kills any chance for a civil society.

Democrats consider empathy the basis for moral action, but as Fritz Breithaupt notes in his book, The Dark Sides of Empathy, empathy can also lead to acts of humiliation and cruelty. Most people think of terrorists as people blind to the suffering of others, but Breithaupt proposes that they have a surfeit of empathy, but just for one side—their own oppressed people, which robs them of any empathy for the innocent people they kill. In this way, empathy feeds into tribalism and polarization.

Political polarization has made conversations between Democrats and Republicans nearly impossible these days. Many believe that if people would only show more empathy, the divide could be bridged. But the American Political Science Review published a study this year that found that empathy actually exacerbates polarization. Using a large-scale, national sample, three academics found that "individuals high in empathic concern show greater partisan bias in evaluating contentious political events." This is because people are wired to exercise empathy selectively. The study also found that empathetic people are prone to schadenfreude when someone on the other team gets injured during a street protest.

Paul Bloom, a professor of psychology at Yale and author of Against Empathy, argues that people don’t understand the nature of empathy and its role in poor decision making. Empathy feels good, so how could it be bad? His studies led him to believe that ethical judgments based on empathy lead to greater insensitivity to the suffering of greater numbers of people. Bloom believes we’re much better off if, instead of relying on empathy, we become rational deliberators motivated by compassion and care for others. His distinction between compassion and empathy: with empathy, if someone's hurt you feel their pain; with compassion, you give a person's pain weight, but don’t necessarily pick up their feelings. It's less exhausting and doesn't compromise your clear headedness. Bloom's book cites evidence that empathy and compassion activate different parts of the brain.

I don't suggest that empathy is only leading Democrats down the wrong path. Donald Trump’s rhetoric often appeals to his supporters' empathy. In his rallies, he's told stories of victims of rapes and shootings to paint Mexicans with a broad brush as criminals. He paid particular attention to Katie Steinle, who a Mexican man shot to death in an apparent accident in San Francisco in 2015. Steinle was white, young, and attractive—the perfect type for Republicans to empathize with. Trump's spotlight completely ignored the fact that Mexicans who cross the border illegally are no more prone to crime than Americans. As he couldn’t make his case with actual data, the President turned to an empathy-based attack. Manipulating emotions is one of his political strengths.

It’d be helpful if people were less blindly obedient to their feelings. More skepticism as to what motivates our thinking would be a positive development. One solution to the empathy problem—and this won't be easy for Democrats to accept—is to give up on the idea that feeling empathy means we’re altruistic or helping the less fortunate in any way. Public understanding of the negative role empathy plays in decision-making is critical.