Marylanders About to Get Stiffed 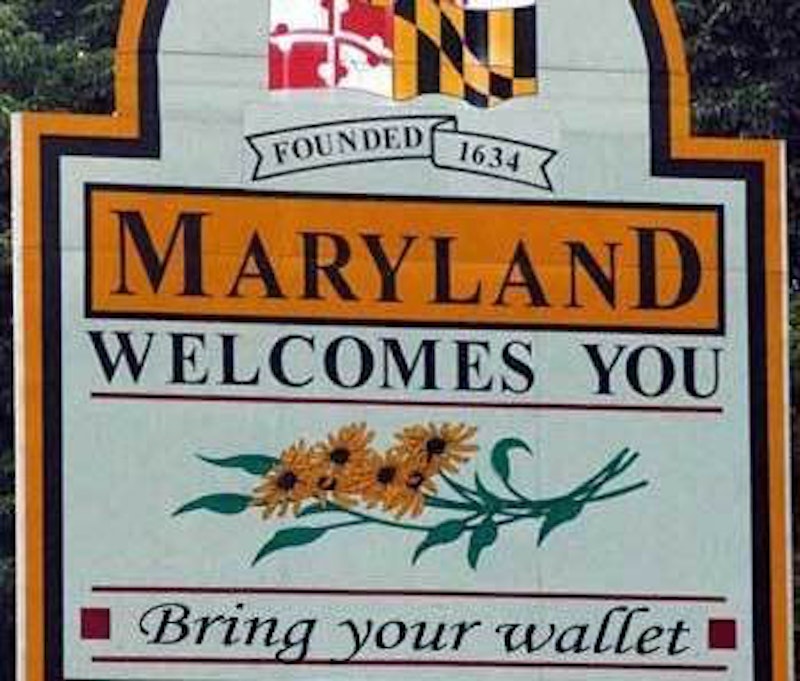 Forget the great bloviation of words about hundreds of millions of dollars in new programs and promises from Maryland’s Democratic candidates for governor. They are but munificent gestures in a pauper’s will. Instead, prepare to open your wallets and checkbooks to pay off old bills and accommodate new spending. For all the talk of a comprehensive review of the state’s tax structure means that we, the people, are about to get stiffed.

It is an article of blind but dubious faith that the first year of a newly elected General Assembly is the prime opportunity to increase taxes before the freshmen figure out where the rest rooms are and veteran lawmakers are still firmly in control. A 40 percent turnover of legislators is anticipated in this year’s election. That means that Senate President Thomas V. Mike Miller (D-Calvert) and House Speaker Michael Busch (D-Anne Arundel), whose reelections are certainties, will have more to say about fiscal policy than the incoming governor, whoever that might be.

Gov. Martin O’Malley leaves behind a kiss goodbye and a swatch of IOUs. The O’Malley Administration has borrowed liberally from every available pool of money that was set aside for specific use, notably the state pension fund, the open spaces fund, the transportation fund, as well as others, in addition to raising taxes, tolls and fees across the board.

And before that, Govs. Parris Glendening (D) and Robert Ehrlich Jr. (R) added their two cents worth as well—Glendening by cutting taxes and signing the Thornton education aid program without funding it, and Ehrlich by getting stuck with Glendening’s unfunded school aid bill as well as borrowing against future federal transportation funds (Garvee bonds) and racking up huge bond interest obligations though faith-based initiatives (the use of state bond money to fund local religious and charitable building projects.)

O’Malley has replenished the transportation fund with new gas taxes (another step of the graduated increase takes effect July 1), but the open spaces fund is still owed hundreds of millions and the retirement fund will be a continuing source of budget-balancing revenue with an eventual repayment schedule. The state is not broke, though. It still has nearly three quarters of a billion dollars in reserve and rainy day accounts. But with a $39 billion budget and operating costs of about $111 million a day as well as the demands of the bond rating houses, that’s mere lunch money.

To be fair, O’Malley’s two terms bracketed the worst economic turndown since the Great Depression. O’Malley cut the budget numerous times, and he reduced the state workforce to help weather the collapse. He also kept the budget’s growth rate consistently at an average of a manageable three percent.

The first order of the budgetary shell game is likely to be some form of business tax relief, probably a cut in the corporate tax rate (8.25 percent) and/or an adjustment in the taxes on limited liability corporations (LLC). Such a reduction would not only assuage the business community as well as be a visible gesture to improve Maryland’s business climate and its competitive position among surrounding states. (Most economic development studies show, however, that taxes are not high on the list of considerations for business location.)

That loss in revenue will likely be partially offset by the long-held dream of broadening taxes on services as well as the continued drive for federal approval of a state tax on all Internet sales. Currently, taxes apply only to Internet sales on items purchased from sources with a location in the state. Purchases from Amazon are currently untaxed in Maryland. But the online behemoth is building a huge distribution center in Southeast Baltimore, which will provide a new source of sales tax revenue for the state.

And here’s the unluckiest news of all. There’s likely to be an increase in the state’s share of the property tax, presently at 11.2 cents per hundred. The rate has remained stable and low because the state has been subsidizing property taxes to relieve pressure on county governments. The increase would come at the same time that Baltimore has just lowered its property tax rate to $2.13, down 14 cents in two years with a goal of reducing the rate by 20 cents over five years, nonetheless still more than double that of any other subdivision. Anne Arundel County’s rate, for example, is 94 cents and capped.

The state’s share of the property tax is used mainly to pay off the debt on general obligation bonds which are used to finance building projects authorized by the state. That debt has increased substantially to the point where Maryland has the largest outstanding bond debt of any Triple-A state in the nation.

Since the days of Glendening and Ehrlich, the capital budget has become a rich source of patronage for legislators as well as a construction slush fund for local governments. Both have pushed the state’s borrowing capacity into the danger zone. Originally designed to fund state building projects, the bricks-and-mortar budget is now underwriting projects as varied as church social halls, local recreation centers, museums, theaters and even restoration of the Roland Park Shot Tower.

The biggest hit on the budget next year will be in the area of education. It’s estimated that just to meet education obligations the state will have to pony up an additional $700-$800 million. That figure is based on the conclusions of a new study of education funding “adequacy”—whatever the definition of adequacy is.

The programs and projects advanced by the Democratic candidates for governor—Lt. Gov. Anthony Brown, Atty. Gen. Douglas Gansler and Del. Heather Mizeur—may be desirable but not necessarily essential even though they might enhance the quality of life in Maryland. By contrast, the Republicans—Larry Hogan, Harford County Executive David Craig, Del. Ron George (Anne Arundel) and Charles Hollar—have advocated little more than cuts in taxes and spending to one drastic degree or another.

A rough count of the Democrats’ proposed new plans add up to nearly $1 billion. Some programs have funding sources, others don’t. Mostly they’re wishful thinking and relying on money the state doesn’t have and probably won’t see. The post-election letdown is when the winning candidate realizes there’s a difference between the reality of governing and the obligatory flatulence of campaigning.