The “New” Politics is the Old, Plugged Into Computers

Ask a South Baltimorean what an algorithm is and he’ll say, “gesundheit.” 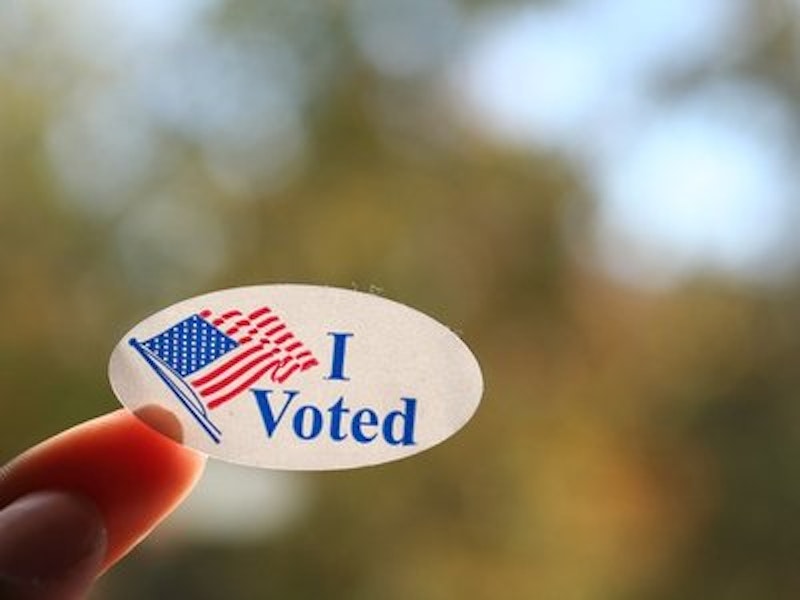 Now, cross-pollinate those constituencies with the three choices on the Democratic ballot—a black, a white and a lesbian—and this year’s election sub-divides into a something-for-everyone in Maryland’s merry land of cultural choice and the atavistic tug of voter DNA. Each choice has its own electorate cluster and its own unique method of rounding them up for the three independent elections.

Early voting in Maryland has become an increasingly popular expression of the franchise to the extent that it is being expanded this year as an accommodation. In many other states the convenience is being curtailed as a subversive attempt to suppress minority voting. But the Justice Department is watching and acting since the Supreme Court gutted the Voting Rights Act last year. And with the primary election coming early this year for the first time since the 1960s, absentee balloting should be popular among summer travelers as well as military personnel.

But there’s still another dimension to this year’s election as well and that is a test of the new technocratic approach to politics vs. the old way of precinct organizing and get-out-the-vote drills.

The campaign of Lt. Gov. Anthony Brown has hired Jim Messina, the wunderkind of President Obama’s campaigns who flushes out voters by using algorithms, analytics and computers instead of the old shoe-leather and door-knock approach. For in reality, the new politics is the old plugged into computers, Twitter and Tumblr—the grass roots with a new attitude. To be sure, the rival campaigns of Atty. Gen. Douglas Gansler and Del. Heather Mizeur (MoCo) no doubt have advanced secret weapons in their quivers, too.

The new technology as applied to voting may be more efficient than the old methods but, then again, it may be a lot of high-priced baloney. Ask any “bunkey” down in south Baltimore what an algorithm is and he’s likely to say, gesundheit. But algorithms are as old as math itself. It’s a fancy, foreign-sounding word that means, simply, looking for common denominators and clustering them into groupings. The technique is really no different from what political consultants were doing in the 70s with slide rules except that computers are much faster and more expensive.

For no matter how you parse it, the name of the election game is still getting out the vote. And that is the Democratic primal scream this season because the party’s vote falls off dramatically in non-presidential years while the GOP vote holds steady. Voting patterns show that young people and minorities do not participate in numbers that match presidential election turnouts. Why, is anybody’s guess, but the hunch is that there’s more at stake in the big picture than in the local snapshot.

And that is where Republicans display a canny degree of smarts. They mobilize to win and control a majority of state houses and legislatures—and now state courts—and through them the Congress and the national agenda while the Democrats sulk over their devalued White House.

In presidential years, the voter turnout in Maryland averages about 65 percent. In non-presidential years, the number drops to 35-40 percent, even on a bright, sunny election day. So Messina’s computer models will be competing with the tried-and-true old fashioned methods and organization skills that are fertilized with money and manpower. And in the case of Brown’s campaign, they will be superimposed on the organization of Gov. Martin O’Malley which does its political business the old-time way.

Republican turnouts are traditionally low in Maryland primary elections because they rarely have one. This year may be an exception. There are four Republicans running for governor—David Craig, Del. Ron George, Larry Hogan and Charles Lollar. The GOP will have to re-introduce its members to primary election voting in a state where they’re outnumbered by more than 2-1 so they can keep their voters juiced for the November general election.

The following is adapted from a longer manuscript.

Forty-two years ago this week, on May 15 to be exact, four shots rang out on a Laurel shopping center parking lot and presidential candidate George C. Wallace staggered and dropped to the ground with four bullets lodged in his spine.

Today’s Millennials may not comprehend the history, but Wallace would be spinning in his urn knowing that there are a black and a lesbian on Maryland’s ballot for governor. Marginalizing minorities was Wallace’s life’s work as the segregationist Democratic governor of Alabama, whether at the schoolhouse door at the University of Alabama or campaigning for president in Maryland. His legacy lingers in certain benighted warrens.

Back on that convulsive day in May, Gov. Marvin Mandel, in his State House office, received an urgent call from the State Police and within minutes the governor and two staff aides were in the rear seat of the official limousine on the way, red lights flashing and sirens screaming, to Holy Cross Hospital in Silver Spring.

Arthur Bremer had been stalking Wallace for several days, escaping the watchful eyes of the Secret Service, the State Police and the local police. For 45 minutes, Secret Service agents were baffled and indecisive, allowing precious time to elapse when State Police helicopters were available and Maryland’s world-famous Shock Trauma Center was only minutes away by air.

Finally, they tossed Wallace’s near-lifeless body into the rear of a station wagon and hauled him to Holy Cross Hospital. Only 10 days earlier, Mandel had said in a statement that the other Democratic candidates should rally to block Wallace from winning the nomination, contrary to Mandel’s earlier position of neutrality.

When Mandel and his aides arrived at Holy Cross, the hospital was in chaos, with dozens of reporters running through the hallways trying to locate where Wallace was being treated. Mandel met first with the nun-administrators who ran the hospital. They were concerned over how the hospital would be portrayed for handling a critical situation such as an assassination attempt for which they were not prepared.

Wallace’s press secretary, Billy Jo Camp, was in shock and unable to function. Mandel told me to take charge and to bring some order to the commotion. I rounded up as many reporters as I could and herded them into the hospital auditorium. Gradually the rest drifted in on the promise of updated information.

I introduced myself to the gathering of reporters and explained what I was attempting to do. I then turned over the briefing to Col. Tom Smith, superintendent of the Maryland State Police, who presented updated information on Bremner and the scantest of news on Wallace, because not much was known or available.

The evening dragged on over coffee and sandwiches, courtesy of the nuns, in the hospital’s administrative office, where Cornelia Wallace, his second wife, was being consoled as the wait continued. Mandel had invited Mrs. Wallace to stay at the governor’s mansion in Annapolis for as long as she wished.

Finally Dr. Arnold appeared. Wallace was paralyzed but he would live. The first question Cornelia Wallace asked was: Will he be able to have sex? “I know it’s important that his head and his heart are all right,” Cornelia Wallace said. “But what about the rest of him?”

Stakeout journalism is costly loitering. The long wait began. Arrangements were made for a press center to be established outside the hospital where reporters could hang out and wait for the daily briefing on Wallace’s progress. Wallace was released from Holy Cross on July 7, often bed-ridden and catheterized for the rest of his life. But his campaign for president would continue through his proxy-aides. Wallace addressed the Democratic National Convention from a wheelchair in Miami on July 11.

And in fact, at a meeting of Democratic governors during the convention, a Wallace aide threatened that any governor who did not endorse Wallace for president would face serious career consequences. Wallace ended up winning Maryland’s primary election on a sympathy vote following the shooting. But he never again returned to the state.

—Frank A. DeFilippo was Gov. Marvin Mandel’s press secretary from 1969-77.