An Oligarch Takes On The American Oligarchy 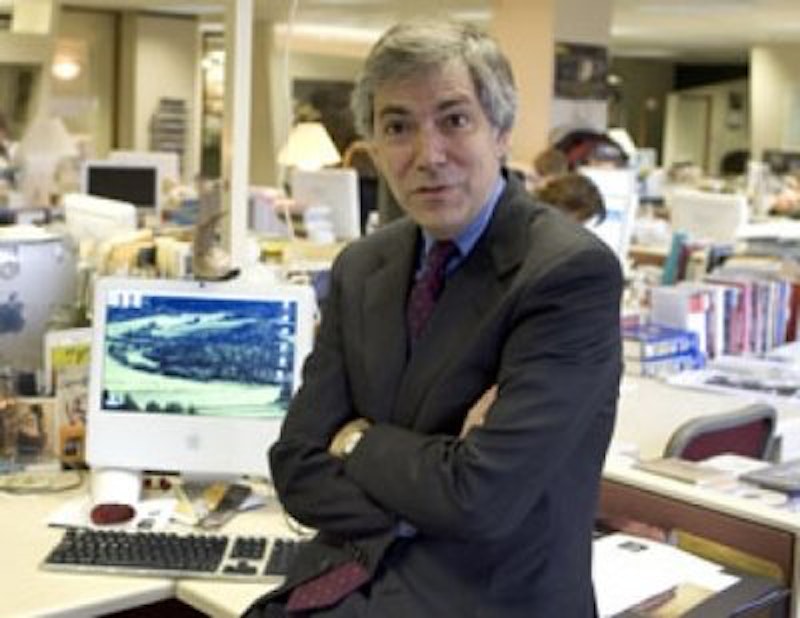 It takes a certain kind of hubris for an extraordinarily wealthy journalist/publisher to write about the extraordinarily wealthy controlling America’s government, which he describes as an oligarchy. This hypocrisy is lost on 57-year-old John R. MacArthur—or perhaps the grandson of a billionaire feels so entitled he doesn’t care—and is amply evident in his April 26 article in the UK’s Spectator in which he rues the possibility of a Hillary Clinton/Jeb Bush presidential contest in 2016. The Spectator is a first-class weekly, superior to any in the United States, and I suppose its editors figured the by-now hoary Clinton/Bush topic was fresh to its readers. Nonetheless, this is one that should’ve been tossed in the bin.

There’s always a stench when a man or woman who has no economic concerns—obviously, The New York Times’ Paul Krugman and Thomas Friedman come to mind, as well as Michael Moore and any number of Hollywood actors—preaches about the plight of the downtrodden and a government that’s corrupted by political machines doling out millions upon millions of dollars to the candidate of their choice. A similar article, written by a person who’s either unemployed or struggling to make ends meet might not convince me of this supposed tyrannical rule, but it’d be more believable. But MacArthur, publisher of Harper’s, and to his credit, a philanthropist, doesn’t come close to the trust threshold: no matter who’s elected president, or controls Congress, he’ll continue to prosper. I wouldn’t go so far to call him a political dilettante—but maybe hobbyist will do.

Invective aside, MacArthur makes some fair points about the brain-dead media “anointing” both Clinton and Bush as candidates, as well as the high-profile donors playing it safe—in both parties—and keeping it all in the Beltway circle. I happen to disagree that this contest is inevitable—as I’ve written before, it’s likely Jeb Bush, while relishing the attention, knows his last name is still an election-killer, and he’s really angling for a major role in choosing the GOP nominee. As for Clinton, there’s certainly no guarantee that she’ll run, perhaps deciding against what’ll be a brutal campaign that will dredge up her husband’s missteps and questions about her own ineffective tenure as Secretary of State. And there’s no denying that in recent pictures, the woman looks beat; that’s not an age slur, for Elizabeth Warren, also a septuagenarian, and the darling of progressives such as The New Yorker’s John Cassidy, appears fresh and ready to spread her populist gospel across the country.

This is the nut of MacArthur’s complaint: “Nearly two years before the Iowa caucuses, and three years ahead of the general election, the party bosses have been busy, brazenly arranging a presidential rematch between the Bush and Clinton clans so that no one else gets a chance to compete and no other political ideas or personalities receive serious consideration from the electorate.”

Two points: ask Mitt Romney how well his sponsorship from the “bosses” worked out, and second, it’s apparent Sen. Rand Paul hasn’t received the message that his ideas won’t receive consideration from voters. MacArthur also contends that in 2004 “outsider” Howard Dean was done dirty by the “exclusive and elegant Georgetown salons” that favored that charismatic and supremely popular Senator named John Kerry. MacArthur fails to mention—as one must when recounting Dean’s campaign—the Vermonter’s Iowa “scream” that dominated the news cycle after the Iowa caucus that year.

Along the way, MacArthur vents about Barack Obama’s feckless leadership, especially his inaction on raising the federal minimum wage and his “rewarding” Wall Street in general, and Goldman Sachs in particular. The publisher is opposed to NAFTA, farmers who “love illegal Mexican labor,” and Obamacare as a means to transfer “taxpayers’ money” to greedy insurance companies. If Gus Hall or Norman Thomas were alive, it’s a decent bet MacArthur would be talking up their candidacies.

It’s odd that MacArthur, who at least poses as an impassioned and disgusted ultra-liberal, doesn’t propose Sen. Warren as an alternative to the machine-controlled Hillary. Instead, he writes: “Perhaps the libertarian Senator Rand Paul will break through in the Republican primaries, or the Ohio Senator Sherrod Brown will challenge Clinton, just to liven things up. But politics in America isn’t supposed to be interesting—if it were, it might inspire more people to vote, which would be dangerous to America’s oligarchy.” In fact, the percentage of Americans who voted in the 2012 election (57.5%) was the highest since 1968 (60.7%).

I did like McArthur’s slap at The Nation—the left-wing weekly that’s rarely discussed anymore—for not opposing Clinton, even though she initially supported the Iraq war, was complicit in her “reckless husband’s” deregulation legislation and is benefitting from Bill’s “current scam,” the Clinton Global Initiative, which is “designed to shake down every sleazy potential contributor to a Hillary 2016 campaign.” But that dollop of mirth notwithstanding—and we shouldn’t forget that the paywall Harper’s is a Nation competitor—how does MacArthur think, say Sherrod Brown, would finance a campaign? It won’t be from the nickels and dimes of his benighted “grass-roots” just-regular-folks donors, but rather… the oligarchy. Lawdy, Miss Clawdy, can I get a witness!