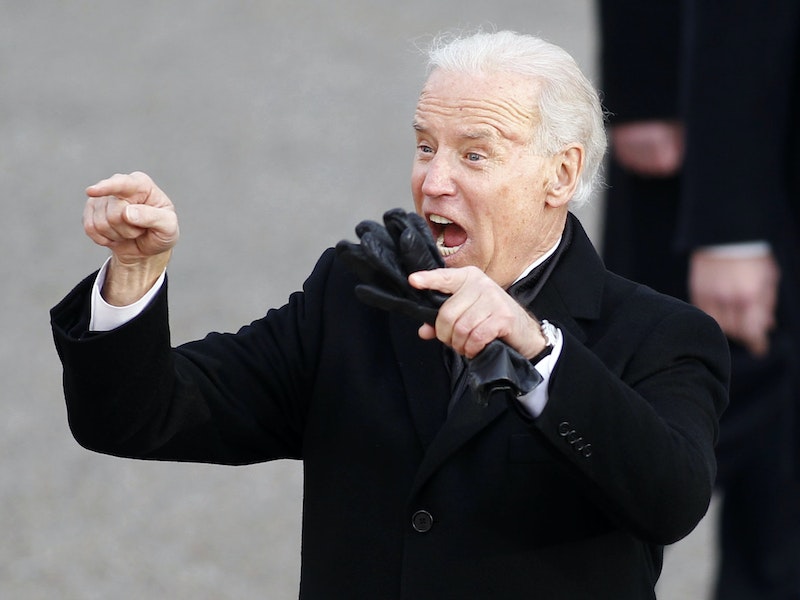 Over the weekend I read two op-ed columns on the state of Joe Biden’s floundering presidency—it’s possible he’ll recover in time for the 2024 presidential election, where he insists against all evidence he’ll be the Democratic candidate; Dr. Jill assured Americans and no one questions Dr. Jill, especially her husband—and I found both accurate (as would most Democrats, at least in silence) if differing in tone.

The Wall Street Journal’s Peggy Noonan, regardless of what one may think of her views, is a gracious lady from the old-school, pre-internet days of politics, and I can’t remember an instance of her using 800 words to blow out unrelenting vitriol. She believes in traditional American values, and, quaintly (despite her animus towards Donald Trump, who taxed the patience of even those, like Noonan, who had no time for Hillary Clinton) the “majesty” of the U.S. presidency. Her column didn’t directly say that Biden was suffering from cognitive disrepair; she left that between the lines. After citing Biden’s bad poll numbers, his subservience to the “progressives” of his Party, the botched withdrawal from Afghanistan and finally, the biggest issue dragging him down, inflation, she pivoted to New Hampshire and some surprising (for Democrats) polling that’s received little attention elsewhere. It was news to me that in a New Hampshire Journal Survey, respondents said they’d back that state’s moderate conservative governor, Chris Sununu (who wisely rebuffed efforts by Mitch McConnell to challenge endangered incumbent Sen. Maggie Hassan this fall) by a 53-36 percent margin over Biden in 2024. I suppose there was a measure of home state favoritism in those results (and Sununu dismissed the poll as “flattering” but “meaningless”), but Biden did win the state over Trump in 2020 by seven points.

(On Monday, Caroline McCaughey, who lives in New Hampshire, also—perhaps by a prompt from Noonan’s story—wrote about Sununu for The New York Sun, and cited his strengths for a national run, aside from the view of some residents that he’s squishy on abortion for a Republican.)

Presidential elections, even more than two years out, always capture the public’s imagination more than the midterms, and that’ll ramp up intensely on Nov. 9th. In conversations with friends and family, when asked whom I preferred to face Biden (or, more likely, Kamala Harris, Mayor Pete or Sen. Amy Klobuchar), I immediately rule out Trump, who’s currently a malevolent force in Republican politics, and suggest South Carolina Sen. Tim Scott, a conservative Republican (who notably denounced Trump’s disruptive efforts to overturn the 2020 results) who’s young (currently 56), aggressive and not incidentally, would be the first black on a Republican presidential ticket. I’d completely forgotten about Gov. Sununu, and I don’t think that’s an accident, as he’s (undoubtedly purposeful) invisible in the national media, which as always skews left. I suspect, and hope, that’ll change in the coming months. (It’s significant that the number of Democratic presidential contenders is slim; aside from the three mentioned above, can you name a contender? As in 2020, I think the self-deprecating Klobuchar, a Midwesterner with no airs about her, is the Democrats’ best choice for a general election.)

Noonan criticizes Biden for his me-me-me “presentation”—which inevitably includes homilies from his “hardscrabble” youth— to the American public when speaking about the many crises. Noonan: “Here we all use euphemisms: ‘slowing down,’ ‘not at the top of his game.’ If Mr. Biden’s policies were popular, nobody would mind that he seems to be slowing down. But they aren’t… For all the mystique about the presidency, people hired you to do a job and want you to be clear and have a plan. They aren’t obsessed with your family, they’re obsessed with their own family.”

Noonan then cites JFK’s Oval Office address on Oct. 22, 1962, at the height of the Cuban Missile Crisis. She contrasts Kennedy’s lack of self-referential phrases (because that would be “vulgar”) and his ability to boil down a complex and dangerous situation that at least gave his audience confidence that his administration knew what it was doing. I vaguely remember seeing Kennedy on TV during that time (I was seven), but even my Republican parents were impressed, if nervous. (Just a few days later, I overheard my mom asking my father: “Do you think this is the end of world?” Neither were given to hyperbole, but I got the willies when my steady New Englander dad simply replied, “I just don’t know.”) What Noonan omits, however, and it’s surprising since she wrote for President Reagan, was that JFK had a superlative speechwriting team, and the President, young, intelligent and charismatic, followed the script, and undoubtedly added a few of his own sentences. On the other hand, who’s at the helm for the Biden speechwriting workshop? Few can top JFK loyalist Ted Sorensen, a brilliant speechwriter, but is anyone even trying at the White House today? I’d say maybe they’re in the weeds, thinking that the often-confused Biden will fuck up their words anyway, as he drifts into his own world, but that’s no excuse.

I’m less generous than Noonan when writing about Biden: I’ve dubbed him “Sippy Cup,” believing his mental deterioration has him square in the fabled “second childhood” of older men and women (and it’s worth pointing out once more, that Biden will be 81 if he really does run again). I think it’s a form of cruelty on the part of his wife and loyalists to insist he persist; he’s “not at the top of his game,” and even for lazy presidents, the schedule is among the rigorous in the world.)

I rarely miss Karol Markowicz’s columns in The New York Post (and her no-nonsense Twitter threads; no one was better on the senselessness of excessive masking and lockdowns), and last week she let the “press” (another quaint term) have it for going easy on Biden’s obvious impairments. Her first sentence is blunt: “Something is wrong with President Joe Biden, and everyone knows it.” She lists the growing lists of Biden gaffes—and compares the unrelenting media indictment of Trump’s mental state with the soft touch about Biden. Markowicz continues: “Many of us have had our own confused grandpa, starting one story and finishing another or rambling from one topic to the next nonsensically. Grandpa sometimes wanders. The trouble is this confused grandpa has more power than your own.”

Mental deterioration and fatigue don’t return to normal with a few jabs to the arm by a modern-day Dr. Robert. I can’t believe that the DNC (or its unnamed superiors) will allow another Biden run. And whatever happened to Biden’s “hint” in 2020 that he’d only serve one term? I guess he forgot.