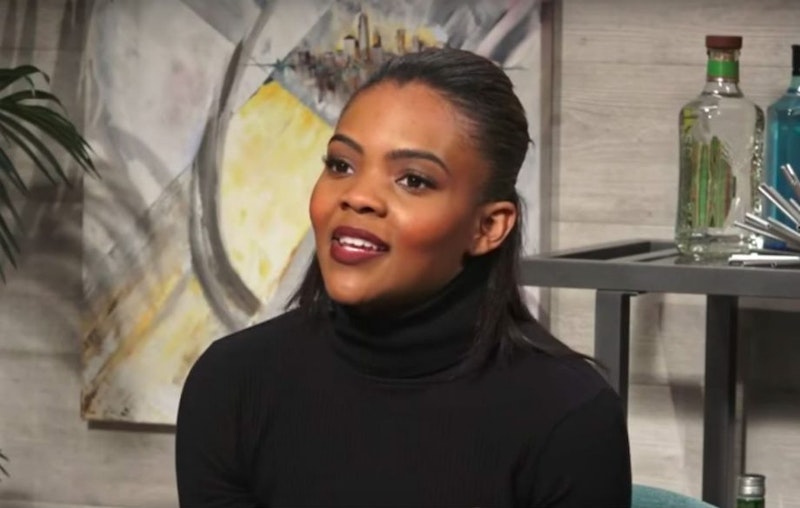 I can’t thank Eric Weinstein, the economist and managing director of Thiel Capital, for coining the term “intellectual dark web.” It’s so vague, and may end up damaging the reputations of a few admirable (and already-embattled) public intellectuals.

The IDW is ostensibly a collection of thinkers who share attitudes about the nature of our public discourse and how it can be improved. For example, here are a couple of propositions that are practically axiomatic to its members: Free expression is a bedrock value that needs to be aggressively defended and our discussions about science should never be infiltrated and obfuscated by political sensitivities.

I appreciate these attitudes. I’ve followed people like Sam Harris, Maajid Nawaz, and Christina Hoff Sommers for years, and  think they’re right about many of the left-wing orthodoxies that are smothering open inquiry and productive dialogue on some of the most important problems we face. But there are other members of the IDW who don’t have a shred of their intellectual honesty (or simple decency).

In her recent New York Times piece about the IDW, Bari Weiss mentions a few of these goons, like Milo Yiannopoulos, Mike Cernovich, and Alex Jones. But it’s easy to see what’s wrong with a disgraced media clown, the #Pizzagate idiot, and a guy who thinks the Sandy Hook massacre was a hoax. There are more insidious characters on the IDW who aren’t quite as easy to dismiss—like the woman Weiss describes as a “sharp, young, black conservative” and a “telegenic speaker with killer instincts”: Candace Owens.

“FACT: The word ‘racism’ is repeated obsessively by people who wish to enslave black people to the Democratic Party.”

“The plantation is hemorrhaging and the Democrats know it. There isn’t a journalist in hell that can stop what comes next. The illusion of freedom has finally cracked. Fear will no longer enslave black minds.”

Weiss points out that Owens has “dismissed racism as a threat to black people while arguing, despite evidence to the contrary, that immigrants steal their jobs. She has also compared Jay-Z and Beyoncé to slaves for supporting the Democratic Party” (this bizarre metaphor apparently never gets old for her). Then Weiss asks: “In their eagerness to gain popular traction, are the members of the IDW aligning themselves with people whose views and methods are poisonous?”

If their embrace of Owens is any indication, the answer is yes.

This is a woman who, seconds after claiming that she was still trying to “form my opinions on abortion” during an interview with Dave Rubin, described Planned Parenthood as an organization that was “literally built for the purpose—and it served its purpose, you know?—to decrease the black population by a lot.” Then she claimed that “abortion is really just about population control.” Rubin nodded politely and they moved on.

Earlier this year, Owens tweeted: “Don’t just #releasethememo. Be sure to also lock every last single one of them up.” She listed Hillary and Bill Clinton, James Comey, Robert Mueller, Loretta Lynch, George Soros, and Jeff Bezos. Then she added, “And ALL compliant members of the #FakeNews media,” specifically mentioning Jake Tapper, Rachel Maddow, Anderson Cooper, and Jim Acosta.

There are two possibilities here. Owens is either a) eager for the United States to become a banana republic where journalists, political opponents, and all other critics of the dictator are thrown in prison or b) she’s just another witless troll like Milo. Sinister or stupid: take your pick.

Less than half an hour after Owens tweeted about the Democratic Party enslaving black people, Rubin said: “I love the way Candace Owens tweets” (Followed by three flame emojis). Sommers is fond of Owens, too. Last month, she retweeted a video of Owens criticizing Black Lives Matter protesters at UCLA, adding: “Candace Owens is the pseudo-left’s worst nightmare: A formidable young black woman saying the emperor has no clothes.”

In a Spectator article last month, Douglas Murray described Owens as a “seriously smart and sassy young American conservative whose campus and media appearances have seen her begin to gain the audience she deserves.” Last week, Weinstein tweeted that Owens is “playing on many levels and building bridges.”

Building bridges? A few days after Weinstein’s tweet, Owens worked on forging relationships with fellow Americans across the aisle on Twitter: “Ignorance + emotion are the only ingredients needed to brainwash a human being. This is why American liberals have such demented views about everything going on in the world.” Owens isn’t some master tactician who’s playing the long political game—she’s a shameless opportunist who doesn’t care how much damage she does to the waning quality of national discourse.

When Rubin asked Owens if President Trump is “fully telling the truth all the time,” she replied, “I think the liars are the media. I mean, I don’t know if everything he says is the truth. I’m pretty confident that he would know better than to lie when everybody’s waiting for him to lie.” Contrast that with what Harris told Weiss: “There are a few people in this network (the IDW) who have gone without saying anything critical about Trump, a person who has assaulted truth more than anyone in human history. If you care about the truth, that is quite strange.”

Some IDW members actually care about seeking and telling the truth. Others are just hacks with bullhorns. It’s a shame that many people will reliably fail to see the force of this distinction, and people like Sommers, Rubin, and Weinstein are doing their best to make sure this confusion persists.