Bret Stephens is just as confused about Trump as everyone else. And The Nation’s skid continues. 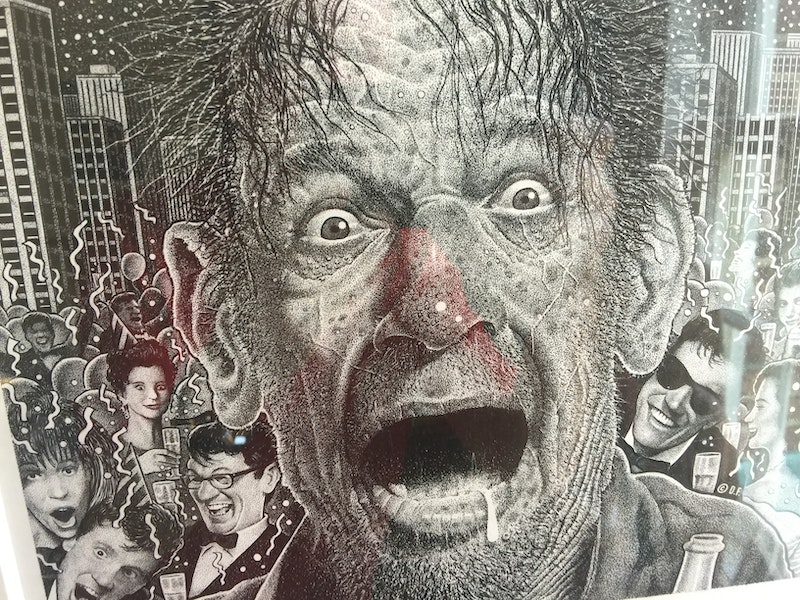 Recently, It’s been taxing trying to follow the continuity of New York Times op-ed columnist Bret Stephens. I’ve always admired Stephens—although more when he was a weekly columnist/editor for The Wall Street Journal than now—and it’s silly that this virulent #NeverTrumper is slammed by left-wingers as an example of the Times’ alleged centrism. Write an essay that’s not 100 percent apocalyptic on climate change and you’re done for, as Splice Today’s resident socialist Noah Berlatsky wrote about. Stephens is pro-immigration, a free trader, low-tax advocate, steadfast defender of Israel, a neocon and laissez faire on social issues, which is why I read him, as opposed to most of the Times’ other opinion time-punchers.

(What’s odd about Stephens and his fellow conservative Trump-bashers is that had Marco Rubio or Ted Cruz won the GOP nomination in 2016, and defeated Hillary Clinton, they’d likely champion the Republican president. He can’t forgive Trump’s outrageous, egocentric and gauche personality.)

Yet, it was strange to see Stephens contradict himself in the space of three columns recently. For example, in the July 27th “The Rules for Beating Donald Trump,” he writes: “Ignore Trump’s tweets. Yes, it’s unrealistic. But we would all be better off if the media reported them more rarely, reacted to them less strongly, and treated them with less alarm and more bemusement.”

That’s common sense that the Beltway media has ignored since Trump began his campaign three years ago. And, as creatures of habit and unsettled by Trump’s flipping over the tables of Permanent Government, it’s unlikely to change.

(The illustration above, from Drew Friedman, was on the cover of New York Press’ end-of-the-year issue in 1988.)

On August 3, however, Stephens, enraged over Trump’s ill-advised tweet (and most of his tweets strain credulity; whether that’s evidence of his lack of education, too many uppers, or savvy political tactic is up for grabs) that the media’s “the enemy of the people,” ignored his own advice from not even a week earlier, commenting precisely on Trump’s tweets.

The headline read (I’ve no idea whether it was Stephens’ wording or not, but given the layoffs of non-stars at the Times, it probably was) “Trump Will Have Blood on His Hands.” He describes an obscenity-laced and racist anonymous call he received after writing in May that ABC was correct to fire Roseanne Barr. (Death threats to journalists, by letter or phone, weren’t invented when social media took off. One can only imagine the hate directed at Woodward & Bernstein during their Watergate coverage.) No fun, but part of the job. He then writes, rather sanctimoniously, “Four weeks later, a gunman storms into a newsroom in Annapolis, Md., and murders five employees of the Capital Gazette. Stephens does acknowledge that Annapolis assassin “does not appear to have acted from a political motive,” but he keeps going.

Recounting a weird “off the record” meeting of his publisher A.G. Sulzberger and editorial page editor James Bennet with Trump, in which the Times boss asked the President to tone down his rhetoric about the media, Stephens is incensed that Trump tweeted about the visit. “By now,” he says, “it almost goes without saying that the president of the United States not only violates the ground rules of his own meetings with the press, but also misrepresents the substance of the conversation.”

And? Of course that’s what Trump does, which is why I characterized Sulzberger’s meeting as “strange,” for he surely knew Trump wouldn’t abide by decades-old rules. Why he’d set himself up for that kind of reckless rebuke is beyond me, but Sulzberger’s not naïve, so I’m not sure what his agenda was.

On July 29th, Stephens must’ve been on autopilot, or victim of a summer flu, for he trod into the dreaded Thomas Friedman territory and wrote a fantasy column, dateline of Nov. 4, 2020. on how Trump won reelection. He theorizes, “With neither a recession nor a major war to run against, Democrats sought instead to cast the election in starkly moral terms. Yet by Election Day, the charge that Mr. Trump is morally or intellectually unfit for office had been made so often that it had lost most of its former edge among swing voters.” In the spirit of generosity, perhaps Stephens was taking a self-deprecatory tone, admitting that the noble work of #NeverTrumpers was in vain.

During the 1980s and 90s, I was regular Nation subscriber, not because I cared for the magazine’s left-wing slant, but more as a due diligence, what-the-other-side-says effort. Before the industry collapsed, I must’ve had 75 periodicals mailed to the house, and though some got short shrift—American Heritage, Town & Country, Conde Nast Traveler and Business Week—The Nation ran the always interesting Christopher Hitchens and Alex Cockburn, and Eric Alterman’s (who once wrote that Bruce Springsteen saved his life) columns were fun to mock. In the past two decades, I’ve taken out one-year Nation subs on occasion, but there’s little left to read, so they’re consigned to the garbage. I did enjoy a Times story the other day, written by The Nation’s former poetry editor, Grace Schulman, in which she expressed her disgust that the magazine recently apologized for a poem it printed.

Hard times in New York town, for every newspaper and magazine, not just The Nation. Still, I was mildly irritated the other day upon receiving a letter from the North Shore Agency telling me that my account is in arrears and please fork over $29. Never mind that I don’t owe the magazine ambulance chaser, or The Nation, a dime since I didn’t renew my lapsed subscription. This excerpt from the dunning notice is a hoot: “Although we are a collection agency, this is more than a collection letter. It is also what we like to think of as an opportunity letter… Opportunity… to resolve this matter in the amount of $29.00. Opportunity… to receive from our client the full benefit of your subscription order placed.”

Publications try anything today to retain a subscription base (The New Yorker, for example, using a tactic that once upon a time would never be tolerated, sends out renewal notices a full year before your sub is set to expire), but this sort of scam isn’t, one might think, consistent with the “truth to power” mission of The Nation. It’s bad enough I receive emails from the weekly (biweekly? monthly?) offering “wine club” deals, and of course the year-end fundraising appeals, but this scummy practice is more consistent with the “Queens Pimp” who happens to occupy the White House than St. Noam Chomsky.