The End of Our Election Bender

Let the Great Bloodletting go on. 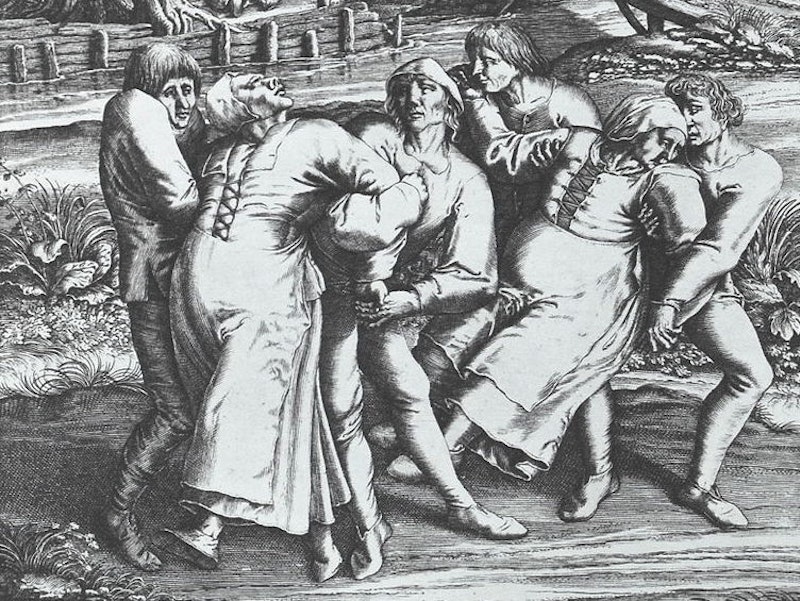 A mantra I’ve been hearing everywhere lately: “I can’t wait until this election is over.” I don’t understand, I want it to go on as long as possible. Why not another two years? It’s been so much fun, why stop now? I’ve maintained for over a year that Trump is an American hero for single-handedly decimating the GOP by yelling every piece of xenophobic, misogynistic, racist, and homophobic code only communicated in dog whistles for decades. Ryan and Romney were stepped-on drugs compared to Trump, straight IV slamming of the GOP heartland’s core food groups of confusion, fear, ignorance, and hatred. Trump is God’s joke sent to destroy a much more pernicious and evil organization than himself, and he’ll die like Jesus on the cross, while the Republican Party remains nothing but scorched earth. It’s the best piece of unintentional performance art in this country’s history. That’s why so many of us thought he was a Clinton plant meant to upset the GOP primaries. Remember Bernie Sanders? It’s been so much fun! How can we end in just a month? The Washington Post is eager, posting clocks counting down to the final poll closings on November 8th, and we all know how vindicated the paper must be after its reporters were barred by Trump from covering his campaign and then crippling it in one fell swoop, scooped by the pussy.

Now that everyone has already called the election for Hillary (tempting, but dangerous), they’ve already moved on from “Trump is a threat to national security as President” to “Trump’s campaign is damaging the psyche of our country.” “The Trump Effect” has been cited for a while now, and it’s sobering. “‘It’s producing an alarming level of fear and anxiety among children of color and inflaming racial and ethnic tensions in the classroom. Many students worry about being deported,’ Maureen B. Costello wrote in the center’s report on The Trump Effect. ‘Other students have been emboldened by the divisive, often juvenile rhetoric in the campaign. Teachers have noted an increase in bullying, harassment and intimidation of students whose races, religions or nationalities have been the verbal targets of candidates on the campaign trail,’ Costello said.”

I don’t like this at all. But we have to get it out somehow someday. Better all at once in one vile purging than decades and decades of tamer bullies sticking to tried and true classics like “faggot” and “retard.” Let the poison out all at once, and then we can move on quicker. If this election is the Great Bloodletting, these last weeks are going to be brutal, but worth it. Let’s enjoy our bit of proto-fascist globalist pigfuck while we can. Remember the “dancing mania”? Let it take over you before any more violence breaks out. If nobody’s killed, consider it a success, because it’s all out in the open now. The end of the bender is coming soon and then it’ll be time to clean up this mess in the daylight.