And why's Vermont so dirty? 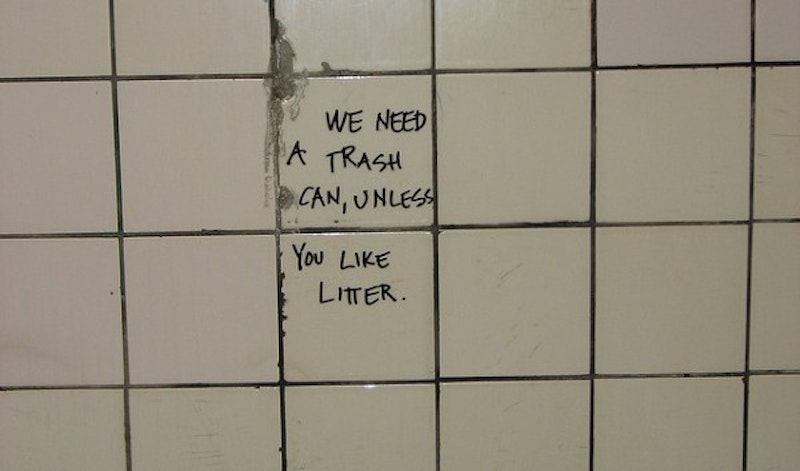 Have you ever had a dream that was so weird you wished you could blame it on drugs? I just woke up from one of those. It was a “What If?” dream-within-a-dream—or a film-within-a-dream, to be more precise. JFK survived the assassination attempt on his life, lost in 1964 and tried to mount a comeback, only to have Jimmy Carter embarrass him with almost Ronald Reagan-like efficiency.

All of this was filtered through an additional lens. It was set in the modern day, at a Democratic Party function at a Vermont hotel and conference center. The event was a two-day thing. There was a dinner and party one evening and a bunch of hum-drum meetings the next day.

I was nosing around as a journalist the second day, reflecting, though not too hard, on a video shown the night before. The video was a recap of a 1980 primary fight between Jimmy Carter and John F. Kennedy. The film was black-and-white with an almost newsreel quality to it, though it had good sound.

JFK looked like hell. His body had been ravaged by the diseases that threatened him for most of his life, plus there was some damage from the assassination attempt. His hair was falling out and he had an almost animalistic look in his eyes. Carter looked like a street fighting version of himself, slightly heavier but all muscle.

Oh, and they were shirtless with slacks and belts for one bizarre debate. I probably ought to mention that.

JFK had lost in 1964 by being narrowly beaten in Vermont. JFK kept grousing that it wasn’t a fair contest, so Carter needled him. Stolen or not, Carter asked, how could Democrats expect JFK to win election again if he couldn’t even put away Vermont? Why take such a chance on an old election loser?

Shirtless JFK took the bait. He lunged for Carter, only to be restrained by three Secret Service agents. He insulted the president’s manhood. He yelled that if they’d let him go, he’d tear Carter to shreds. Carter, undaunted, said, Okay, let’s see what he can do. After a second, they let up. JFK looked at the cameras rolling and thought better of throwing down, but the damage to his reputation was done.

In the way of dreams, all of this seemed completely normal to me, even a bit tedious. I was more occupied with the accumulated filth at the hotel, which had not been cleaned well, wondering “What is the deal here with all this garbage in quasi-Canadian Vermont? What does it mean for the party’s prospects in the next election?”

The wheels turned. I thought about writing an article arguing that when JFK was president, the Democrats actually knew how to take out the trash, and now they couldn’t even keep Vermont pristine. But then thought, “Oh, let’s not. Too partisan and too obvious.” It didn’t get interesting until I woke up.