Endless Analysis of Election Does Democrats No Good

The Party should fight voter suppression for 2018 and beyond. 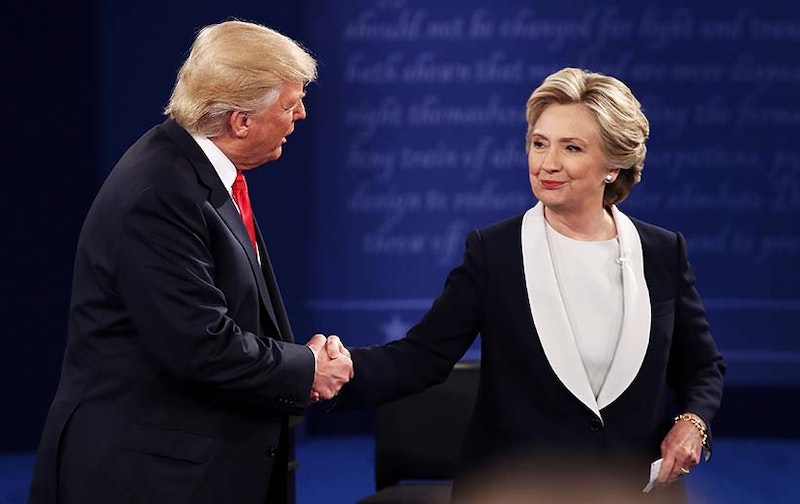 Losers are losers, and losing campaigns always did everything wrong. Still, it's worth remembering, as the year closes, that Clinton did seem, during the campaign itself, to do a lot of things right. Trump had a lackluster, bitter convention; Clinton's was upbeat and gave her a solid bump in the polls. Similarly, Trump's lack of preparation and general ignorance hurt him badly in the three debates, where he looked mean-spirited, and, according to virtually every poll, got trounced. Clinton's response to negative news, such as WikiLeaks or James Comey, wasn’t inspired, but didn't needlessly compound matters. In contrast, Trump, when faced with adversity, blustered and fell apart. In response to the release of the 2005 tape in which he boasted about sexually assaulting women, Trump loudly proclaimed that he did not treat women that way, leading to a predictable wave of accusations as women came forward to testify that he had in fact groped and assaulted them. Finally, Clinton never allowed internal campaign drama to make it to the news, as opposed to Trump, who's revolving campaign managers and general disarray was a running sub-theme of coverage.

Arguments about strategic errors in the primaries are overblown—at least on the Democratic side. The Republican primary was a gigantic mess, and it's easy to see a different outcome if Marco Rubio had managed to keep it together in the debates, or if John Kasich hadn't decided to run a bizarre zombie candidacy forever.

But could Bernie Sanders have won if he'd done better outreach to black voters, as some reporters and Clinton supporters have suggested? It's hard to see it. Arguments that belligerent Sanders supporters online alienated a significant number of Democratic voters don't seem credible either. Sanders got crushed in Southern states, losing black voters in some cases by 70 points. Maybe a different strategy could have shifted that by a little bit, but that wouldn't have changed the outcome. Clinton's long history with Democratic voters and the Democratic establishment was always going to be very difficult for Sanders to overcome.

This isn't to say Clinton and/or Sanders did everything perfectly; no campaign does. But both had professional, organized, and to all appearances competent campaigns. Trump did not. He won nonetheless. If there's any takeaway here, it's not "Clinton ran a uniquely poor campaign and Trump ran a uniquely good one." It's, "Campaigns, and for that matter candidates, don't seem to matter as much as we thought."

So, where does that leave Democrats looking towards future elections? Well, if campaigns are less important than fundamentals, focusing on fundamentals is probably important. Over the last decade and more, Republicans have been working, ideologically and pragmatically, to find ways to suppress voting. Neither Clinton nor Sanders made this a central issue in the campaign. That was a mistake. The more people vote, the better Democrats do. Clinton's win in the popular vote is a painful reminder that Democratic measures are frequently thwarted by a system that throws barriers in the way of the popular will. Rather than endlessly debating which counties Clinton should’ve spent more time in, it’s worth talking about how voter ID laws, the gutting of the voting rights act, felon disenfranchisement, and the disenfranchisement of people in DC and Puerto Rico tilt the playing field against Democrats at numerous levels. Trump is an authoritarian; authoritarians like to restrict democracy—and Republicans have already shown they’re on board with that agenda. The challenge for Democrats now is to make sure that all voters are in a position to cast ballots in the next election.