Notes From the Florida Beach Life

Trump-loving Christian hippies and drum circles are among the hazards to avoid. 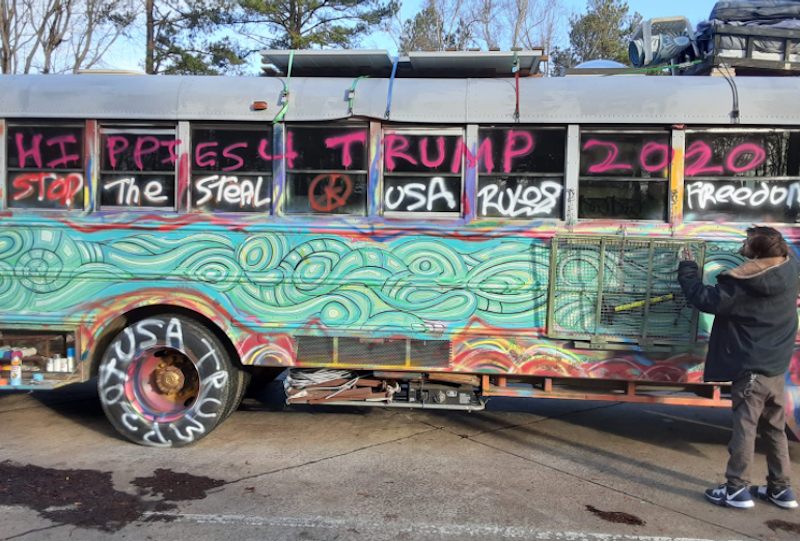 Last week, I went to the beach here on the Florida Gulf with my usual supplies: two beers and a book. The beach is the only place I go to without my phone, which clears out a block of time for reading. During the summer months, I never go to the beach until around 6:30, because the summer sun set high in the sky is my worst enemy. The key to securing a good place to read is getting a bench. I went to my favorite spot, which allows me to watch some beach volleyball, but both benches were occupied, so I went down the road to my second choice. There are two potential problems with that location. One of them, the drum circle, was there that evening, so I endured their monotonous rhythms while watching their fans gyrate as if they're at a Grateful Dead show.

That's not the best atmosphere for reading. The beach is a place for silence. Waves crashing on the shore is the only sound I need. The other problem I mentioned was that three young Christian guys with long beards often set up their "station" in that part of the beach. That involves one "Jesus" flag planted in the sand, one that says, "Impeach Joe Biden," and a Trump flag. That's annoying, but I can ignore the dumb flags. The real problem is that these dolts have a boombox that plays a man's voice expounding on the themes of those flags. And they don't even man their station. While their boombox disturbs the peace, these religious zealots are in the water, swimming. I got lucky this time, as the hippie/Christian/Trump fans weren't there, but I'll speak to them the next time they put on their little show. I've bitten my tongue too many times.

This time, my peace was broken by the older, drumming hippies, but I had an interesting book—Julian Barnes' 163-page novella, The Sense of an Ending, the Man Booker prize-winner in 2011—and a cool wind was coming off the water. Barnes has been on my "to read" list for years, so it felt good to finally pick up one of his books. Discovering a new author can be thrilling. Barnes writes in elegant, concise prose, like his fellow Brit, Kazuo Ishiguro. His efficiency with language allowed him to pack a lot into such a slight book—which I read in one sitting.

The central theme of the story is that the imperfections of one's memory create an imprecise picture of the last. Barnes' protagonist, Tony Webster, must come to terms with a past that his mind has reshaped to round off some of the more jagged edges. Tony's a man enjoying a comfortable retirement. In his later years, he doesn't feel he was the vindictive type who looked to hurt people, but a reminder of something he'd done in his youth forces him to reckon with that generous self-evaluation. His ex-girlfriend, Veronica, from his college years, arranged to meet him for the first time in about 40 years to hand him an old letter Tony had written and addressed to Veronica and her new boyfriend at the time—Adrian—who'd been part of Tony's small circle of friends who'd vowed, before going off to college, to always remain close.

And what a nasty, cruel letter it was. Tony calls Veronica a bitch and writes, "Well you certainly deserve one another and I wish you much joy. I hope you get so involved that the mutual damage will be permanent. I hope you regret the day I introduced you." Reading his old letter traumatizes Tony so much that he abandons his glass of wine for a large whiskey. Tony's prior memory was that he'd responded to Adrian informing him that he'd become involved in Veronica with a postcard that read something like this: "Being in receipt of your epistle on the 21st, the undersigned begs to present his compliments and wishes to record that everything is jolly fine by me, old bean." But his "postcard" contained this poison-pen sentence: "I hope when you break up… you are left with a lifetime of bitterness that will poison your subsequent relationships."

That bitter letter, which appeared on page 104, was the event that this entire story had been building up to. It was presented as proof of the book's premise that memory distorts the past. But it ruined the book for me. Nobody writes a letter with such vitriol towards two of the people who have been closest to him in his life and remembers it as a light-hearted postcard rather than a mean-spirited attempt at vengeance—a cheap personal attack that should've caused instant shame after mailing it, and called for an immediate apology.

The story didn't ring true. Even the surprise ending couldn't redeem its central flaw, but it's not a deal-breaker. I'll read another Julian Barnes novel. After finishing it, I wandered over to the pavilion area, where a seventysomething was performing solo with a lackluster acoustic guitar. He drew upon the same songbook all the other geezers who perform there on a nightly basis do—mostly hits from the 1950s and 60s. After 5:00, the beach belongs to the senior citizens. The young people—the tanning crowd—are long gone by then. It's in no way a "cool'' or "happening" scene there in the hours approaching twilight, and I rarely stay for more than two songs. One woman in the audience was in a wheelchair, and another had a walker. A homeless, alcoholic veteran I'm acquainted with, Wesley, took slugs out of a 1.5 liter bottle of Early Times that his cousin in some other state allows him to use her credit card information to purchase. I know that first-hand from a friend of mine who works at the local liquor store. Wesley cupped his hand around his ear, like he was in a recording studio, as he sang along to "Save The Last Dance For Me."

I recalled a line from The Sense of an Ending: "But if nostalgia means the powerful recollection of strong emotions—and a regret that such feelings are no longer present in our lives—then I plead guilty." All the standard oldies the singer sang were recalling emotions in the elderly audience members that they haven't felt in decades. They evoke memories of people they were close to, places where they once lived, and stages of their lives that are long gone. When they want to feel those emotions again for an hour or two, they know where to go.