Trump Tells All, Nobody Cares 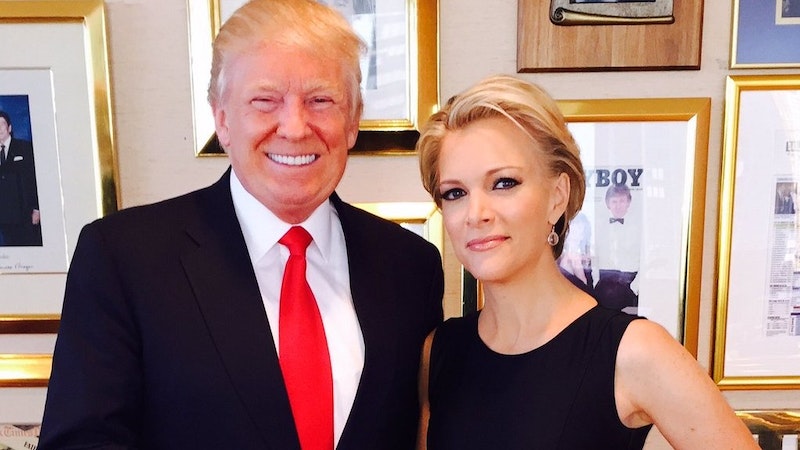 “When I am wounded, I go after people hard, okay? And I try and un-wound myself.” Donald Trump called it. Also, he says he doesn’t drink but that he has “other problems.” He won’t say what, but again his point is correct. Trump is a mess, and his sit-down with Megyn Kelly shows how we take that for granted. He dropped these revelations during the interview and nobody seemed to notice. Kelly sure didn’t, and the press was rolling its eyes from boredom. “So bad and so soft,” complained a Slate man. “Softball after softball,” said Politico. “Big whoop,” said The Washington Post. That last was the response to Trump’s news that he had kept watching Fox when he said he was boycotting it. He just admitted he was lying. But big whoop.

I guess everyone knows he lies. They know he’s unstable. Ask him a tough question in a debate—a debate he’s taking part in because he thinks he ought to be president—and he’ll feel that you hurt him, and he’ll make himself feel better by trying to hurt you. That’s how it goes with Trump. He just said so, he spelled out the dynamic for Megyn Kelly. But everybody knew already. He put it into words, that’s all. As one might say “This is Chernobyl” when driving through Chernobyl. No news to anybody with a road map. Except that Chernobyl is a dangerous location. If you’re there and you’re not alarmed, you have some waking up to do.

Trump’s magic power is to nudge our ground rules until his infected wasteland of a personality becomes something we all figure we can live with. One reads that Hollywood types talk about people who have reality fields. Step near such a person and you’re inside their field. Up and down, back and front, depend on where these people point. Trump has a reality field and everybody’s crowding inside: his fans and Bob Dole and the state party chairmen and even those malcontents at Politico, Slate and The Washington Post. Trump’s inside there too. He figures his personality is okay, no reason we can’t live with it. He’ll point out the features: that glowing crater here, that vent of purple gas over there. Everybody seems agreed about what we’re seeing, but they don’t add it up. They don’t let the penny drop. I suppose Trump’s mind powers have the penny stuck in mid-air.

To re-cap, Donald Trump is one of two people with a chance at being the next president. He doesn’t mind lying, his brain is missing some of the more useful fuses that govern behavior, and he erupts through the mouth when the world doesn’t love him enough, as when a debate moderator asks him a tough question. Instead of hiding these traits, Trump goes on national TV and treats them as givens. Nobody reacts. I’ve heard clever people say the real scandal in our campaign finance system is the stuff that’s legal. The worst craziness in this season of the Trump is how quickly people have become used to it.