Instead of insisting Americans now live in an age of stupidity, Lance Morrow could’ve gone the accuracy route and said, “Don’t trust the media.” 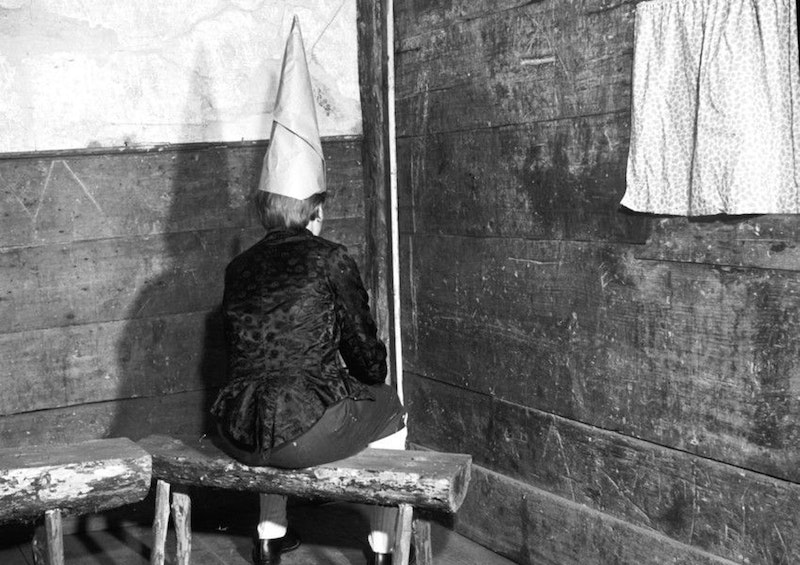 “We live in a golden age of stupidity,” writes Lance Morrow in a cut-and-paste Wall Street Journal essay earlier this week that could’ve appeared at any point in the past century. Morrow, whose diligent and competent career, most notable for his tenure at the once-vibrant and influential Time (now with an audience of 87), and several books, doesn’t precisely mimic the behavior of Joe Biden, even though he was born in 1939. That would be mean, and though I’ve no compunction about meanness in writing about what passes for journalism today, or a generation ago, let’s chalk up Morrow’s Journal “Commentary” as an attempt to school whatever readers scanned his words in American history during his lifetime (with a few references to the Tower of Babel, Jean Cocteau, Martin Luther and King George III to add a George Will touch).

Morrow begins: “[Stupidity] is everywhere. President Biden’s conduct of the withdrawal from Afghanistan will be remembered as a defining stupidity of our time—one of many. [Unlikely, in a month, it’ll be mostly forgotten by the public, despite the current lionization of the Americans killed last week; even CNN’s Jake Tapper, who has taken the baton of Tom Browkaw’s “Greatest Generation” shtick to posting pictures of fallen soldiers on certain holidays, must get on with the show.] The refusal of tens of millions of people to be vaccinated against the novel coronavirus will be analyzed as a textbook case of stupidity en masse… Stupidity and irresponsibility are evil twins.”

But Morrow contradicts his lazy notion that 2021 is “a golden age of stupidity,” by citing past instances of what he perceives as stupidity, mainly from the 1960s, which was, he says, a “stupid decade.” Easing into current cliched journalistic parlance, Morrow says, “The grown-ups had made a stupid mess in Vietnam and the youth “made stupid messes of their own.” In addition, the assassinations of the Kennedy Brothers were “stupid,” which is a weird way to describe them. Tragic, in particular for the families, definitely. Complicated, mysterious (to this day) and nation-shaking, absolutely. But “stupid”? That’s naïve at best, stupid at worst.

I’m guessing, in generosity, that Morrow really meant that the American populace is teeming with stupid people, and always has, but he needed, like the hot-type newsman he once was, a current “peg.” Joe Biden, or whatever cabal is running the White House, wasn’t prepared for the consequences of its no-preparation vamoose from Afghanistan, and is currently getting slapped around for it. But as stupid goes, it doesn’t compare to the George W. Bush administration’s lack of a plan once it captured Baghdad in 2003; Woodrow Wilson, despite his scholarly background, oozed stupidity, from his teaming together with the Woman’s Christian Temperance Union to get Prohibition rolling (a deal he made to get the Union’s support of the Federal Income Tax), to his suspension of the First Amendment during World War I; Barack Obama was very stupid, and ego-driven, for never lifting a finger to help the Democratic Party pare down midterm losses in 2010 and 2014; Nixon was stupid for, among other slips, keeping Oval Office tapes for posterity; American celebrities, outside their craft of acting, sports, music or being pretty/handsome, have always been stupid when speaking about national affairs. Curt Schilling and Rob Reiner are just two that come to mind. Millions of Americans, even during eras of reasonable and welcome immigration, have been stupid in their nativism, despite the fact that many immigrants were more fluent in English than them. The “Love It or Leave It” crowd was stupid; the Joseph McCarthy weed-out-the-commies jihad, and resulting blacklists, was so evil that “stupid” is too gentle a term to describe it. And then there’s racism…

There was time for Morrow to include New York’s Jonathan Chait, whose punditry is at laughing-stock level—although, as I’ve said of other media mediocrities, more power to Chait for peddling his miserable work to the highest bidder—for his recent column about Biden being the victim of a liberal media, because, in essence, liberals are more fair than conservatives and worship at the balsa-wood temple of bipartisanship. (Chait has a strained relationship with his media colleagues—kind of like a scab—because of his support for the Iraq War).

This is choice Chait: “This is not necessarily to deny that the mainstream media has some kinds of liberal bias. It’s certainly true that, as the electorate has grown more polarized by education, the mainstream media’s near-total reliance on college graduates has made it much more socially liberal than the overall country.”

Chait is speaking of today’s media, but the above declaration has been true since Woodward/Bernstein made journalism a calling for the educated, nearly half-a-century ago, men and (some) women who saw a chance to “do good” and if fame and wealth followed, that was gravy. No, no, no: I’m too nice. The “gravy” was likely the main attraction; along with the New York/Boston/Beltway salons in some rich person’s house, as opposed to the clubhouses of earlier journalists, many of who, paid working-class wages, drank beer in a bar after (or during) work.

And do what you will with this “stupid” statement: “Traditional journalistic norms may have weakened, especially in subjects like culture and sports, but they remain intact in most newsrooms, and especially in political coverage. Those norms enshrine a certain definition of objectivity that implicitly favors, in addition to social liberalism, hawkish foreign policy, deficit reduction, and bipartisanship.” When was the last time you heard someone with an I.Q. that eclipses Rep. Adam Schiff’s call the media “objective”? Chait hedges on that one—“a certain definition of objectivity”—but that doesn’t let him off the hook for absurdity. Never mind today, was there an “objective” publication in 1922, 1949, 1975 or 1996? I can’t think of one.

Worse that Chait in the stupidity department, no surprise here, is Washington Post columnist Max Boot, who’s in a pickle right now because the #NeverTrump Beltway caucus, of which he was a lieutenant, is no longer in business, and that’s bad for his business. Boot’s latest exercise in self-righteousness is about Biden presiding over the caskets of the dead Americans at Dover last Sunday. He writes: “No doubt the president was even more gutted than the rest of us, because he was the one who sent them into harm’s way.”

He says that all Americans are to blame for the death of the 13 service members. Come again? One, it’s doubtful that many Americans were “gutted” by the withdrawal fiasco—sympathetic to the families, an automatic response, and jarred by the Biden cabal’s incompetence, but “gutted”? Not likely. And if Boot was truly “gutted” himself by the death of people he didn’t know, I’m Uncle Wiggly. But its grist for his next book, because even though it’s considered “stupid,” greed is good is still a mantra.