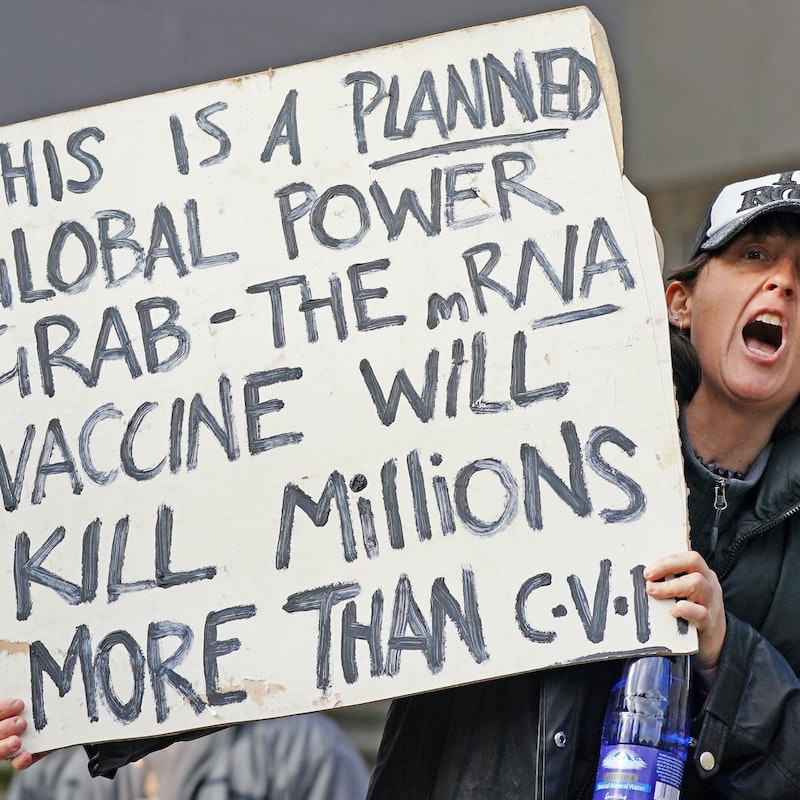 I spoke to a friend from Australia who has fled the lockdowns and tyranny to live in Hungary. Some thoughts that resulted from that conversation.

Adherence to mask and vaccine protocols has very little to do with health, but mostly with reliance on Chinese money or influence. Police aren't beating protestors in the streets of Australia or France for their own health or the health of others.

The masks we’re told to wear don't work, neither do the vaccines. The desire to keep unvaccinated people out of business establishments only illustrates who would’ve been willing to keep others out of their place of business in the 1950s and 1960s because that's what public sentiment seemed to dictate and they don't have the courage to go against the mass psychological programming.

If you consider that, as of recently, less than 30 percent of black New Yorkers are vaccinated, you can see right thought woke facade.

On the example of this Chinese reliance, Eastern Europe has been free and open during this time. Is that because they have a history of experience with communism, so they won’t obey or does their history with communism mean they haven’t aligned with China because they knew the potential consequences that were coming?

I don't know the answer to that, but my friend in Hungary, living more freely than the Aussies he left, sparked the thought. He does say that Australians are compliant, as members of a former prison colony might be prone to be considering that rights always were given to them, not owned by them.

Economically, and even politically considering alliances made by politicians in these places, Los Angeles and NYC are likely over-leveraged in terms of Chinese investment. I wouldn’t be surprised if Chinese money is part of what keeps some places afloat. It's certainly how many businesses are kept afloat, including some news outlets.

This event is illustrating who might side with China if WWIII were to break out. It seems a lot of our allies would go the direction of China based on their over-reliance there. This includes people within our country. We’ve watched a bit of a civil war unfold over the last 18 months and the people most committed to the Covid religion are those who’d probably let Chinese soldiers sleep on their couch.

It’s the Democrat/UniParty global economic establishment versus America and whichever allies we can cobble together based on these nations that aren’t adhering to Covidism, which is really just China.

Much of Western Europe is compromised as well. Our allies aren’t as strong as they were for WWII and, after what just happened in Afghanistan, who is going to trust us? We're watching history unfold, we don't know how this story ends.