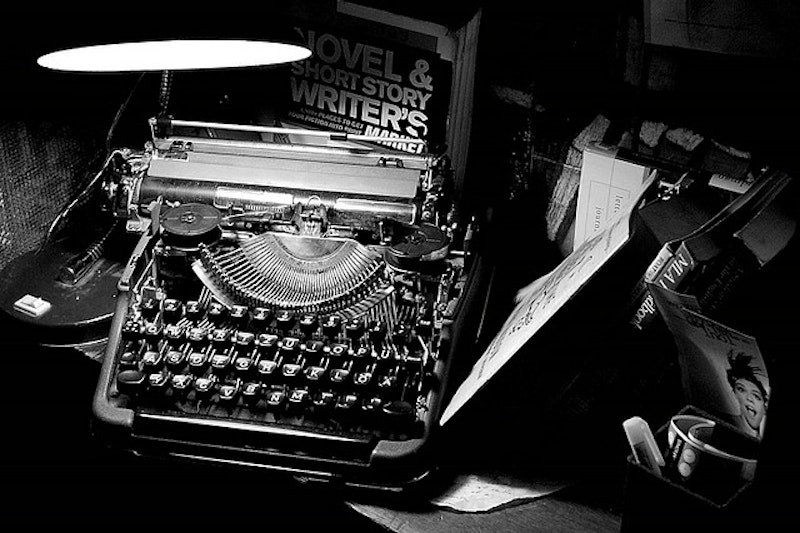 Right now people are mad at Alessandra Stanley, the TV columnist for The New York Times. She wrote a profile of a black woman and laid great emphasis on the phrase “angry black woman.” When called on the phrase, Stanley protested that she had it there in her column's lead just so she could bat away at it and wear it down over the paragraphs that followed. “I didn’t think Times readers would take the opening sentence literally because I so often write arch, provocative ledes that are then undercut or mitigated by the paragraphs that follow,” she said.

I don't read her, so I don't know if her defense is true or not true. I really don't know if she's racist, or whatever you call a person whose articles alarm and offend black women once the articles have been properly understood. My focus is small: I'm put off by people who find her particular defense, this mitigated lead business, to be objectionable.

Erik Wemple, a blogger at The Washington Post, is one such person. He says the quote above “really sunk Stanley.” The blunt newsman accuses her of “Over-healthy self-regard. What Stanley appears to be saying here is that Times readers read her stuff with such care and joy that they know her as the woman who writes self-mitigated ledes. Ahhh, yes, that’s her trademark!”

Why shouldn't she have a trademark? She's been writing at the same spot for a decade or so. People know that she'll write Telestar for Telstar, All About Raymond for Everybody Loves Raymond. They may also know that she writes mitigated leads. Her kind of story plays some badminton before getting down to business. Many people disapprove of such stories, and most often they're right. But it's an approach and readers learn to spot it. After all, they've been reading this person every week or so since forever. Why shouldn't they know what Alessandra Stanley keeps up her sleeve?

What eats Wemple is that Stanley behaved like an author, a being who produces works that are read and not just scanned. But Stanley is an author. I don't know if she's a good one, but she writes about something that's light and yet considered important (television), she does it for a major outlet (the Times), she’s been doing so for a long, long while (since 2003, according to Wikipedia), and she does it in her particular way, one that's different enough for Wemple to find it bizarre. Stanley has an audience by now and they'd be on the lookout for a mitigated lead.

That's good. We want more such situations, ones where speaker and listener pay at least some attention instead of next to no attention. Erik Wemple sees the Stanley defense as a case of a fancy byline at the Times wanting special treatment. I take a naturalist's view: Authors are becoming scarce and there's one now. Good for her. Good luck, because the grassland is thinning.